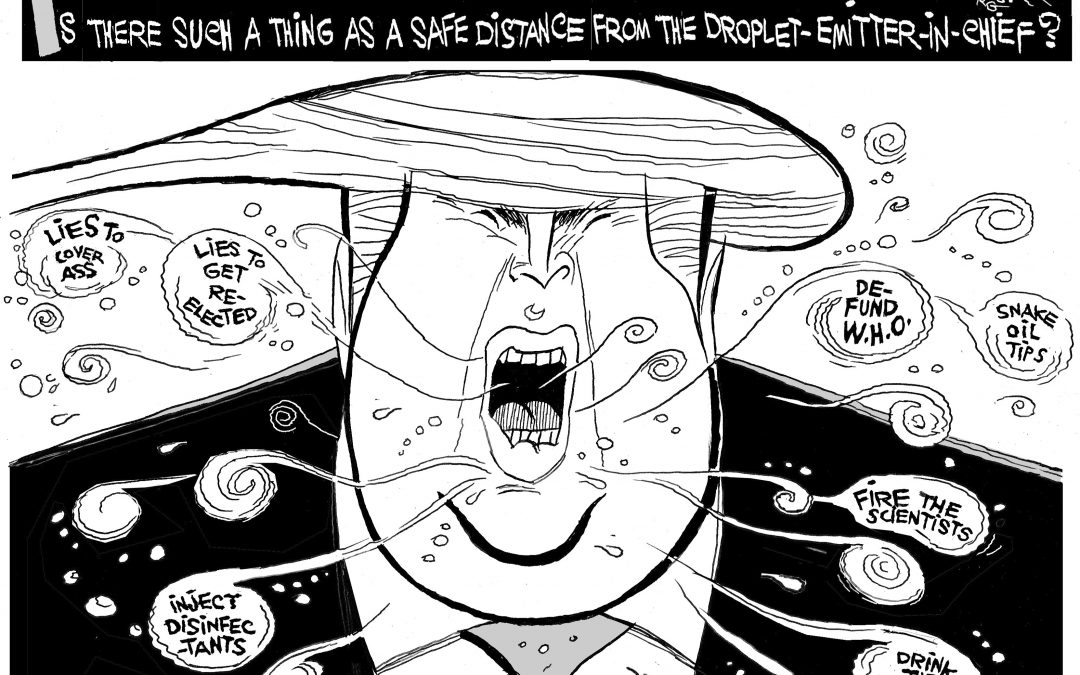 COVID-19 and the Reality of ‘Small Government’ Conservatism

With 200,000 dead, Americans are concluding that a more Rooseveltian response was in order.
By Jim Hightower | September 30, 2020

Amazingly, America has become a nation of socialists, asking in dismay: “Where’s the government?”

These are not born-again Bernie Sanders activists, but everyday people of all political stripes (including previously apolitical multitudes) who are now clamoring for big government intervention in their lives.

Nothing like a coronavirus pandemic to bring home the need that all of us have — both as individuals and as a society — for an adequately funded, fully functioning, competent government capable of serving all.

Instead, in our moment of critical national need, Trump’s government was a rickety medicine show run by a small-minded flimflammer peddling laissez-fairyland snake oil.

“We have it totally under control,” Trump pompously declared after the first U.S. case was confirmed in January. For weeks, as the pandemic spread out of control, he did nothing. An increasingly anxious public found that they couldn’t even get reliable test kits from Trump’s hollowed-out government health agencies.

Still, he shrugged off all concern and responsibility: “By April, you know, in theory,” he said, “when it gets a little warmer, it miraculously goes away.” Not exactly a can-do Rooseveltian response to a national crisis!

By now, over 200,000 Americans have died from the virus, millions more have been sickened, and the economy remains depressed.

These inconvenient facts have exposed this imposter of a president as incompetent, uncaring,  and silly. That complete absence of White House leadership is why a deadly pathogen has now raged practically everywhere across our land, a “closed indefinitely” sign has literally been hung on the American economy, and even our social and civic interactions — the essence of community life — have been halted.

Right-wing politico Grover Norquist once said he wanted a government so small “I can drag it into the bathroom and drown it in the bathtub.” Trump has shown us what such a small-minded government looks like. And what it costs us.