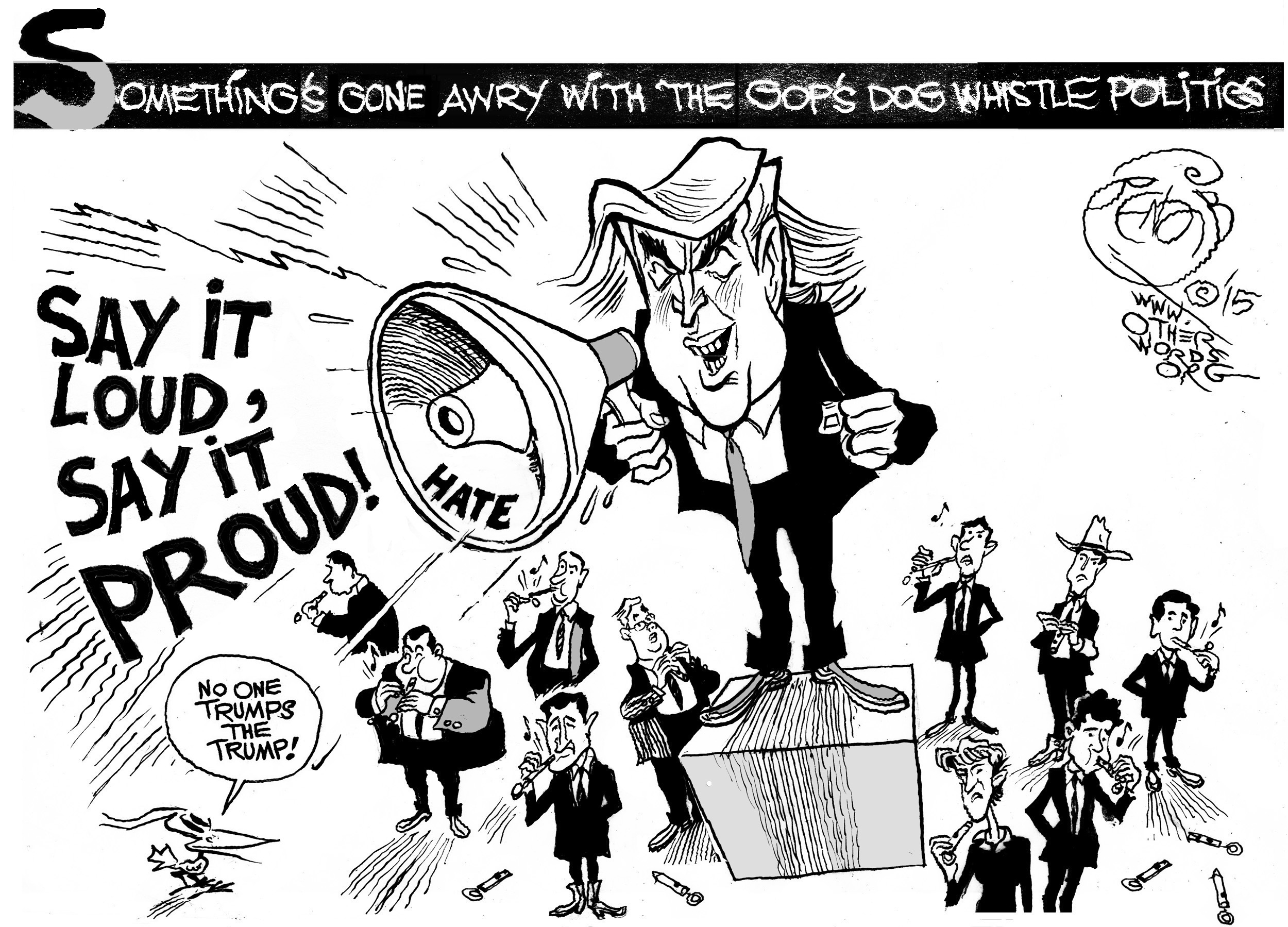 Creeping out of the Foxhole

Where was all the Republican outrage when one of their own slandered a Democrat's war record?
By Donald Kaul | July 29, 2015

At long last Republican presidential hopefuls crept out of their foxholes, where they’d been cowering and maintaining radio silence, to attack Donald Trump.

With one or two exceptions, the field went AWOL as Trump trashed immigrants, calling them drug runners and rapists. But as soon as Trump said “I like people who weren’t captured,” suggesting that Senator John McCain was less than a hero, they pounced.

How noble of them.

Of course, it helped having some truth on their side. As a Navy pilot, McCain was shot down and wounded during a bombing mission in the Vietnam War. The future Arizona senator spent five and a half years in a Hanoi prison, two of them in solitary confinement.

He was tortured and beaten and his injuries were allowed to go untended. Yet when his captors offered him release after discovering that his father commanded the entire Vietnam theater of the war, he refused. He was bound by military code to wait until everyone captured before him had been released.

That should settle the argument. Whatever you think of the Vietnam War, McCain showed tremendous integrity. Trump is an idiot.

But I wonder where these Republicans and their ilk were in 2004, when John Kerry was the Democratic Party’s presidential nominee. He was another hero whose patriotism was assailed. The only difference: He was a Democrat and his assailants Republicans.

The GOP built a well-financed machine to tell lies about Kerry’s war record. His opponent, President George W. Bush, raised not a hand in protest at this slander.

As a matter of fact there was only one prominent Republican who spoke out in protest of the scummy Republican campaign: John McCain.

What’s happened to Republicans? They used to be such nice people. Sure, they favored the moneyed interests and disliked unions and taxes, but they supported good causes too — like public schools.

Some Republicans were environmentalists and internationalists. And, never forget, it was under a Republican president, Dwight Eisenhower, that we undertook the greatest public works project in our history — the interstate highway system.

And it was another Republican, Teddy Roosevelt, who inaugurated our national parks system.

That kind of Republican either doesn’t exist anymore or is sheltered in a witness protection program.

Your current brand of Republicans wouldn’t pave a road unless it ran in front of their houses. Even then they’d pay for it by cutting Social Security payments.

They’re against opening up relations with Cuba, negotiating with Iran, cutting the military budget to bring it more in line with our needs, and raising the minimum wage. They don’t believe in climate change because to do so would mean going against the oil interests that generously fund their electoral campaigns.

Look at the gang that’s running for the Republican nomination: The worst of them seem deranged and the best appear fearful that they’ll do something to raise the ire of the party’s tea party wing. Like criticize Donald Trump when he slanders immigrants.

It’s not like the Democrats are white knights. They have more than their share of hypocrisy and cowardice. But the Republicans are talking it to a whole new level.

Even Ronald Reagan must be spinning in his grave.