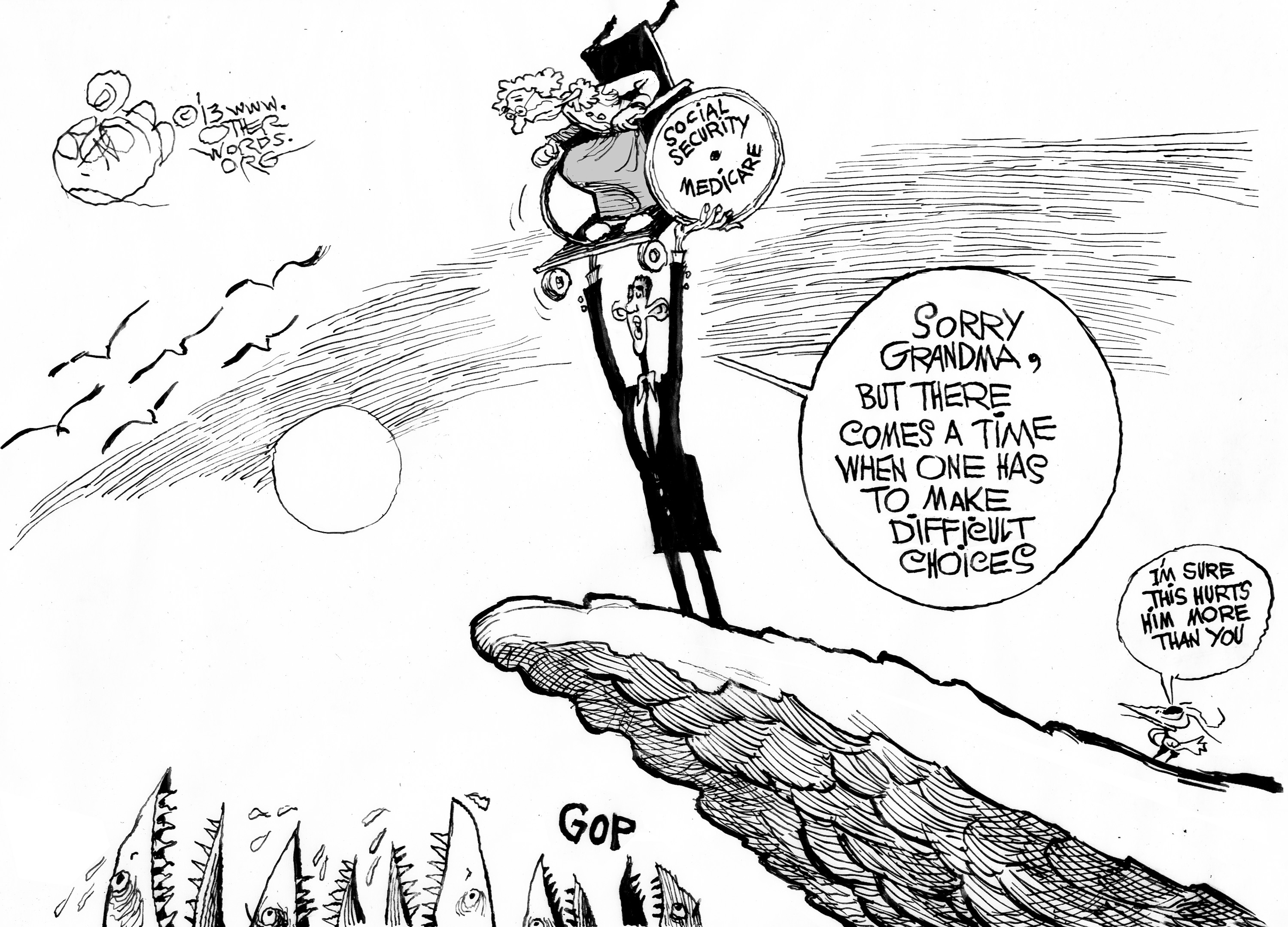 The federal budget is, according to many experts, a “political document.” It’s how our political leaders convey their priorities to the people they serve.

So what’s the political lesson of Barack Obama’s recent budget plan? He apparently thinks older people could get by with less.

The Obama budget has attracted a lot of attention — and controversy — because he’s making a rather shocking opening offer to the Republican opposition: Let’s cut Social Security benefits and Medicare spending in the name of shrinking the federal deficit. 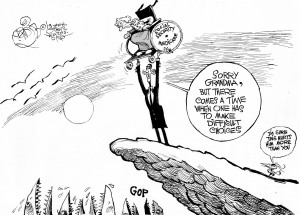 The White House supports something called the “chained CPI.” That doesn’t just sound painful — it could very well hurt a lot of people. The idea is to cut benefits by a small amount every year — about a quarter of 1 percent — by using a different method for calculating inflation. As the Center for Economic & Policy Research shows, the cuts add up over time. Twenty years on, that’s almost a 6 percent cut in benefits for retirees in their late 80s.

Does anyone actually like this idea? Not really. Polls have long shown that it garners meager support, and probably for good reason. Most people know (or are) people who rely on Social Security benefits, and they know that most retirees aren’t living high on the hog.

But many journalists and pundits are cheering Obama’s gambit as a move to the “center” or the “middle.” That’s what NPR’s Cokie Roberts called it. Others portray the move as “good politics”: Obama is making his more liberal supporters angry, which helps portray him as squarely in the middle, willing to make the tough choices.

But cutting benefits for elderly retirees is hardly brave. And it wrongly makes Social Security, which doesn’t add a penny to the deficit, the focus of deficit reduction.

So how can reporters talk about this as if it’s the “middle” of anything? Because they see these fights as squabbles between politicians — the Democrats on one side, the Republicans on the other. In this view, Obama is trying to bridge the gap between the two sides.

Who’s left out of that story? The rest of us. And when pollsters ask the public what they’d like to see happen in order to reduce the deficit, the public speaks up loud and clear: The public prefers cutting the bloated military budget and raising taxes on the wealthy. There are any number of ways to get the country’s finances in order. Clearly, we don’t have to take anything away from the elderly. But how often do you hear reporters talk about those sensible, widely supported policies as “the middle”?

The media didn’t create this political problem, but they have played along. Corporate media constantly churn out lots of fear-mongering reports about Social Security’s supposed “crisis.” That propaganda lays the groundwork for politicians to claim they must “reform” it. And reform always stands as code for cuts, which are supposedly necessary and bold.

There’s more to the language games than that. As The New Yorker recently reported, the press has been complicit in re-branding Social Security and Medicare not as earned benefits but as “entitlements.” Ronald Reagan started using that term, and the press went along with it.

It’s bad enough that politicians won’t level with the people they’re supposed to represent. But when the media do the same thing, and cheer these political leaders for their bravery, they show us whose side they’re on.