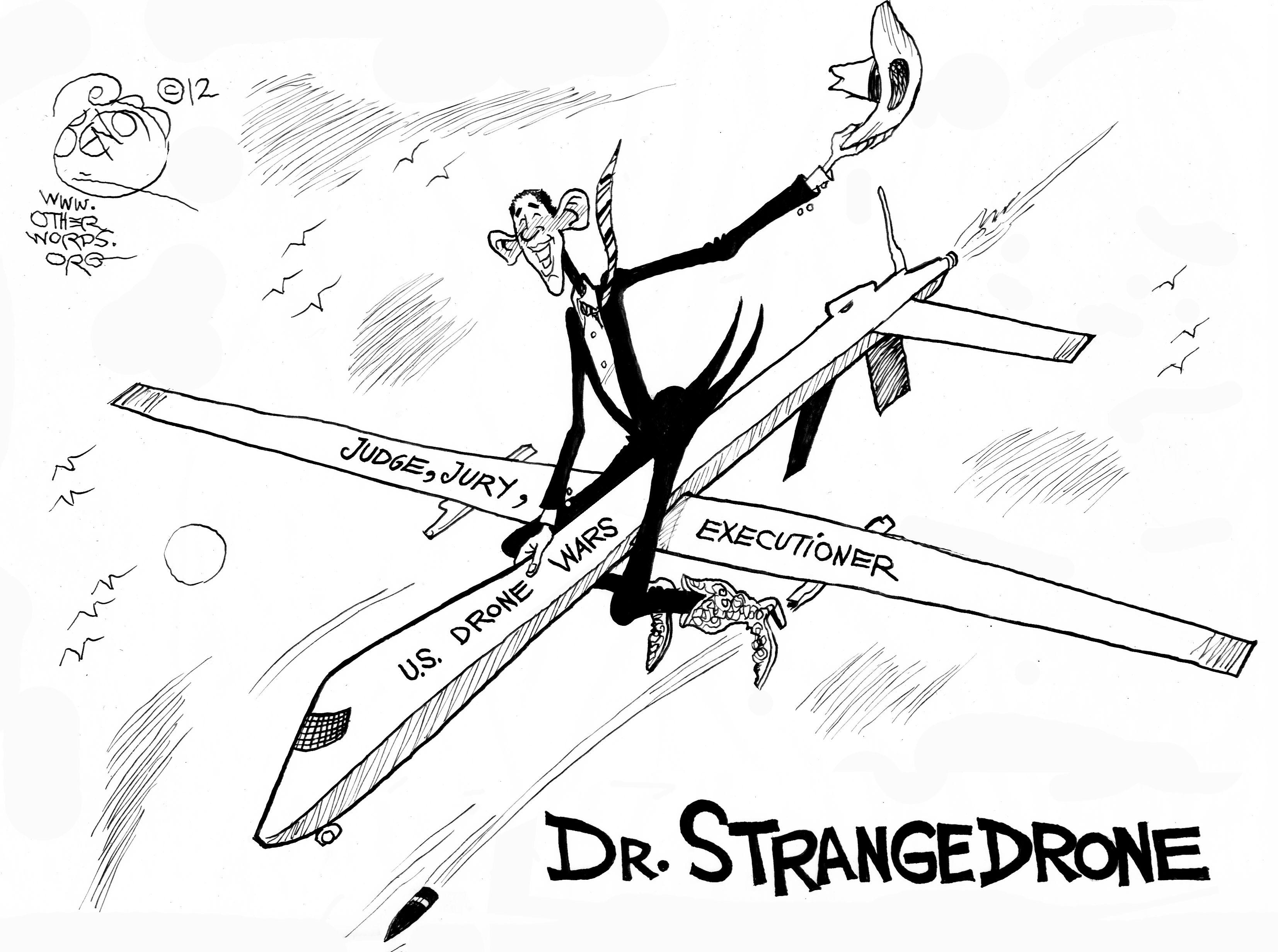 Drones may seem like a way to wage war on the cheap, but the moral cost of this kind of warfare is too high.
By Jim Cason | March 5, 2012

The Iraq War was a disaster, so the United States needs a new foreign policy. Instead of invading foreign countries with tens of thousands of troops and trying to occupy and control the political process, President Barack Obama has embraced a new foreign military policy relying on “unmanned” drones and limited counterinsurgency forces.

The poster child for this new war effort is the ongoing U.S. military action in Pakistan. But Washington has also dramatically expanded the use of armed, unmanned military drones in East Africa and part of the Arabian Peninsula. The Congressional Research Service reports that our military has more than 7,000 drones in its arsenal.

The arguments for drones are easy to make. In an era of federal budget deficits, drone warfare is cheaper than deploying soldiers, and apparently has widespread public support — 83 percent of people interviewed in a February 2012 ABC News/Washington Post poll said they approved of the president’s use of drones strikes to kill “terrorists.”

The Obama administration’s new military strategy released earlier this year calls for shrinking the number of troops and relying more on drones and small-footprint military interventions. Following a series of interviews with administration officials, the journalist David Rohde dubbed this the new “Obama doctrine.” 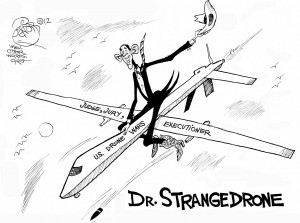 Before embracing this new strategy, Congress should consider its consequences. Our country doesn’t need a new era of secret wars with armed, military drones as the leading edge of covert or semi-covert military campaigns around the world. Yet that’s what we are getting. The operations that have been reported in the media include Somalia, Yemen, and of course Libya. And the results now include the extrajudicial killings, without charge or trial, of U.S. citizens.

The explanation usually provided is that these were really bad people. “I want to make sure that people understand that drones have not caused a huge number of civilian casualties,” President Obama declared in January. “For the most part, they have been very precise, precision strikes against al-Qaeda and their affiliates.”

Leaving aside the fact that people in Pakistan would dispute his count of civilian casualties, this is a slippery slope. We’re a nation of laws, not a nation of assassins. We have these laws precisely because we don’t want the president to become judge, jury, and executioner. What’s more, we don’t even know the scale of these killings because they are almost all secret. When Sen. Ron Wyden asked for details about the legal basis for using drones to kill U.S. citizens in another country, the Justice Department refused to provide details in public.

Rohde saw the impact of drones firsthand during the seven months he spent as a Taliban captive in the tribal areas of Pakistan. He has concluded that the Pakistani state is failing and the Obama administration’s drone war is only making things worse. “Pakistan is more unstable today than it was when Obama took office,” he writes in the latest issue of Foreign Policy. “And the percentage of Pakistanis supporting the use of the Pakistani Army to fight extremists in the tribal areas…dropped from 53 percent in 2009 to 37 percent today.”

In Yemen, Obama’s drone strikes have increased the ranks of al-Qaeda in the Arabian Peninsula from 300 fighters in 2009 to more than 1,000 today.

Washington now seems intent on exporting this same strategy to East Africa, where the Obama administration is using a combination of drone strikes and mercenary trainers for East African military forces to help stabilize Somalia.

Rather than relying on a new type of military force, the Obama administration needs to invest in more diplomacy, development, and international cooperation. Unlike drones, they are proven tools for building peace.

Jim Cason is the associate executive secretary for campaigns at Friends Committee on National Legislation, a Quaker lobby in the public interest. www.fcnl.org
Distributed via OtherWords (OtherWords.org)