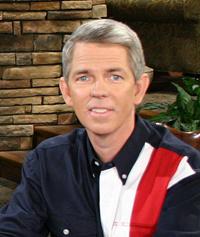 Despite the fact that he has no academic training in history or related fields at all, Barton has become the go-to man for much of the religious far right.
By Mark Potok | August 20, 2012

David Barton, a self-styled Christian historian who claims to debunk left-wing myths about America, is sure of it: If you studied the Founding Fathers like he has, you would know that “as far as they were concerned, they had already had the entire debate on creationism and evolution.”

And the creationists, Barton says, won.

Just one little problem: Charles Darwin’s On the Origin of the Species, the founding text of the theory of evolution, wasn’t published until 1859. That’s, oh, about three-quarters of a century after the founders were active.

The very same day that Barton offered up his unique view of creationism — a term that was first applied to American fundamentalist beliefs only in 1929 — he told his interviewer that most of the founders were abolitionists, even if George Washington, Thomas Jefferson, and many others were slaveholders. “That’s why we said we want to separate from Britain, so we can end slavery,” he said.

Hmmm. That was awfully noble of them. Except for one thing: The British were way out front of the Americans on this. In 1807, Parliament outlawed the slave trade in the British Empire. In subsequent years, it pressured other European nations to end or curtail the trade. In 1833, Britain abolished slavery completely.

We Americans finally did so in 1865. That was 32 years after the British, which is kind of strange if you believe David Barton’s fairy tales.

Why does any of this matter? It matters because, sad to say, Barton matters — or at least he did, until the conservative Thomas Nelson Publishers yanked his tendentious but best-selling book, The Jefferson Lies, earlier this month. Despite the fact that he has no academic training in history or related fields at all, Barton has become the go-to man for much of the religious far right — an ideologue who claims that the separation of church and state is a “myth” and that the Founding Fathers actually were building an explicitly Christian nation. Prominent politicians like former House Speaker Newt Gingrich, former Arkansas Gov. Mike Huckabee, and Minnesota Rep. Michele Bachmann think he’s brilliant.

He’ not brilliant. He’s not a historian. But he is a right-wing bigot.

That became indisputable in the last month, a very bad period for the man described by conspiracy-monger Glenn Beck as “the most important man in America.” Viewers of the History Channel voted The Jefferson Lies, which depicts the man who actually endorsed a wall between church and state as an enthusiast of America as a “Christian nation,” “the least credible history book in print.” Ten conservative Christian professors denounced its totally unsupported claims. An NPR story obliterated his assertion that the Constitution quoted the Bible. Then his Christian publishing house said it had “lost confidence in the book’s details.”

There’s more. Barton believes that gay people should be sent to prison. He claims that the Muslim Brotherhood has infiltrated the government at all levels. He insists, based on nothing but his own highly unusual reading of the Bible, that environmentalism, the graduated income tax, the minimum wage, deficit spending, unions, and measures to battle global warming are all opposed by God. In Texas, he worked to strip Martin Luther King Jr. from high school history textbooks.

No one is saying David Barton can’t make whatever reckless and false claims he wants. He’s as protected by the First Amendment as any of us. But that doesn’t mean that he has to be taken seriously, given a podium, or boosted as a must-read “historian,” as Huckabee called him. Let’s finally consign Barton’s propaganda to the slag heap of baseless and obnoxious ideas where it belongs, and get on with a serious debate about the future of our troubled country.