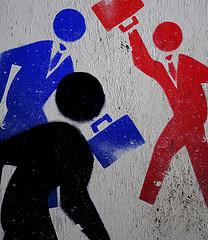 Trying to hold down the deficit by not raising the debt ceiling is like trying to balance your family budget by deciding not to pay the rent or your mortgage.
By Donald Kaul | May 16, 2011

The Kabuki tradition in Congress over raising the federal government’s debt ceiling is in full flower. It’s a more reliable Washington ritual than the Cherry Blossom Festival.

Here’s how it goes: The president, whoever he is, says: “It’s time to raise the debt limit because… well, we need the money.”

The party out of power responds with: “Oh no you don’t. Borrowing more money is irresponsible. The national debt is too big already. We’re going to vote against it.”

They go on like that for a while and finally the debt ceiling gets raised, with the vote (with rare exceptions) going pretty much along party lines.

I used to think Republicans were guiltier of this kind of hypocrisy than Democrats. A Wall Street Journal article by Gerald Seib convinced me I was wrong.

Seib chronicled how from 2003 until 2006, when Bush the Younger was president, the debt ceiling got raised with virtually no Democratic votes. The junior Senator from Illinois, Barack Obama, voted against raising it, calling the need a “leadership failure.” Now that he’s the one leading, he calls that vote a mistake.

Senate Majority Leader Mitch McConnell, now a staunch opponent of raising the ceiling without getting draconian budget cuts in return, voted to raise the ceiling six times while Bush was in office.

So, apparently, hypocrisy exists on both sides of the aisle in Washington. Who knew?

When all is said and done, the debt ceiling will be raised, despite the fact that in a recent poll 63 percent of Americans said they were against raising it.

It will be raised because there is no rational alternative. Trying to hold down the deficit by not raising the debt ceiling is like trying to balance your family budget by deciding not to pay the rent or your mortgage. Life just doesn’t work like that.

The real question is whether Republicans, looking over their shoulders in terror at their wild-eyed tea party constituents, can successfully win this game of chicken they’re playing and extort concessions from the Democrats.

The answer should be no.

All the Democrats have to do is hold their ground and the Republicans will be forced to fold their cards, which amount to a busted flush.

As this battle reaches crisis proportions, if it does, the pressure on the Republicans to make a deal will become irresistible. The pressure will come not from the crazies in the tea party movement but from the moneyed classes that bankroll them. Those people understand the level of disaster a Treasury default — which is what we’re talking about here — would trigger.

They won’t let their little helpers in Congress bring the temple down around their ears — and a $1,000 bill is far more effective than a tea bag when you’re trying to get the attention of a politician.

Were I a Democratic operative, I would push the issue even further. “You want to cut the deficit?” I’d say, “OK, how about we revisit the Bush tax cuts and get rid of them for people who earn $200-250 thousand a year? That would cut the deficit.”

The Republicans would then be faced with defending tax cuts for the rich at the expense of a Treasury default.

I’m not sure President Obama is up for that kind of fight. That’s not his style. He’s more of the compromising kind.

Sooner or later he’s going to have to learn that you can’t compromise with tea party Republicans. They think that Orrin Hatch is a liberal. Even Haley Barbour isn’t conservative enough for them.

They are, in short, nuts.

It gives one hope for the future. Not much, but some.