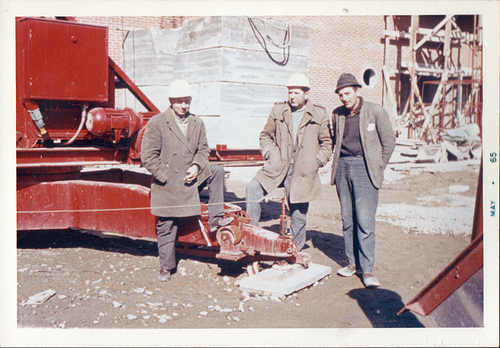 While the rich are getting richer, the rest of us are falling further behind.
By Emily Schwartz Greco, William A. Collins | May 7, 2014

The Great Recession leveled a blow to the middle and working classes from which they haven’t yet recovered.

Given that labor’s pay and prestige in America peaked in the 1960s, this isn’t exactly new. Still, it’s time that all our leaders took this challenge more seriously. After all, we don’t just have the rich getting richer while the poor get poorer anymore. The middle is collapsing.

Between 2000 and 2011, the U.S. economy, at least as Wall Street and the federal government measure it, grew nearly 20 percent after adjusting for inflation. Meanwhile, median income in working-age American households sank by 12.4 percent and had dipped below inflation-adjusted 1994 levels, according to the Economic Policy Institute. 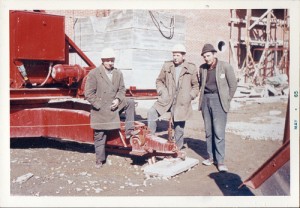 What are some of the forces driving the devaluation of work and workers?

For starters, U.S. employers have shipped millions of jobs abroad or replaced them with technology.

Many of the jobs that stayed stateside without being relegated to robots were stripped of labor protections by relocating factory work to non-union states in the South. Public unions everywhere have fallen prey to a concerted Republican attack like the one Wisconsin Governor Scott Walker launched a few years back.

Those are just a few forces behind the shortchanging of America’s workforce.

There’s also the decline of full-time employment and the rise of a gig economy dominated by precarious part-time and temporary jobs.

This goes far beyond the realm of handymen and graphic designers. With the advent of the Affordable Care Act, even some city governments are paring back hours for their part-timers to less than 30 each week to dodge the obligation of providing them with health insurance. Three-quarters of college instruction is delivered by part-time staff, many of whom earn a pittance despite skyrocketing tuition costs.

And the minimum wage is too skimpy. The federal rate of $7.25 an hour isn’t enough to keep someone working full-time who has at least one dependent above the poverty line. The $10.10-an-hour fix President Barack Obama favors would mark a step in the right direction and it’s good that many states are doing better than that.

But all American minimum-wage workers deserve a raise of the kind that Maryland Gov. Martin O’Malley has just signed into law.

No one “should play by the rules, work 16-hour days and still be raising their children in poverty,” is how he put it.

Can you guess which kinds of jobs have the best growth potential? Most are low-paid, such as retail clerks, health aides, and food workers. Nurses are the only category with both decent salary and healthy employment prospects, so it’s a shame that so many hospitals are importing theirs from Asia.

Yet another reason for worker (and retiree) impoverishment is the decline in retirement plans. Private and public sector employers alike have long refused to adequately fund the plans they had already negotiated, leading to the collapse of many programs and the retrenchment of others. The golden years have become tarnished, and more retirees are now living with their kids, or vice versa.

What happened? For one thing, employers got better at lobbying against their own current and former workers.

Plus, the propaganda wars against unions and supposed shiftless slackers have succeeded. Profits, not people, have become the centerpiece of American culture. The Republican Party is leading the charge while most of the Democratic Party tags along.

There’s a bit of hope now, with heroic fights to raise the standard and tipped-minimum wages, guarantee a right to paid sick days, strengthen workplace rules, and enforce the right to organize unions.

But aggressively corporate-friendly trade deals, worker-replacing technology, and rampant union-busting are setting up an even bloodier war on labor.