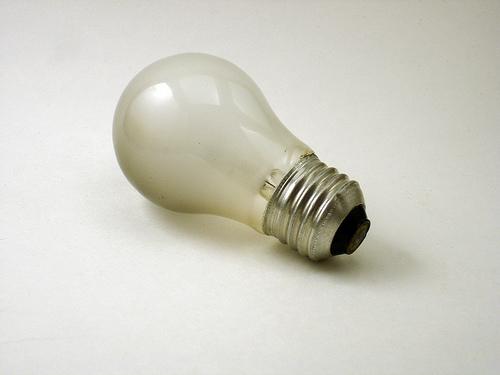 Philips, GE, and Sylvania all are ready to market incandescent bulbs that meet higher efficiency standards, while saving money for consumers -- but don't tell tea-partying lawmakers.
By Jim Hightower | August 22, 2011

Our problem in Washington is this: we have too many 5-watt bulbs sitting in 100-watt sockets.

Any doubt about this was erased in July when House tea partiers joined old-school right-wing ranters to pass a light bulb bill. This was the culmination of a loopy crusade by the billionaire Koch brothers to stop the spread of energy-efficient light bulbs.

Say what? Yes, Koch front groups drummed up a non-issue by howling that Big Government is “telling us what kind of light bulbs we can buy.” 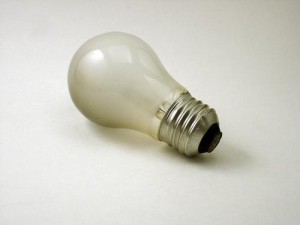 Sure enough, an assortment of Koch-headed Congress critters joined the silly circus by trying to undo the rather useful government effort to stimulate production of better bulbs. They rallied round Thomas Edison’s old 100-watt energy gulper, claiming that nanny-state Democrats had banned Edison’s marvel, requiring that incandescent bulbs be replaced by the cold light of fluorescent bulbs.

This whole crusade is hogwash. There was never a proposed ban on incandescent bulbs — just a new standard for all bulbs to consume less energy. And this standard was not set by Democrats, but by a Republican-sponsored law signed in 2007 by George W. Bush. Also, the descendants of Edison say that he would support such an advance: “The technology changes,” said Robert Wheeler, the inventor’s great-nephew. “Embrace it.”

And guess who was behind the passage of the new energy efficiency mandate: light bulb makers. “Everyone supported it,” says a top Philips executive, adding that the law produced a major surge in innovation by the industry. Only four years after the law passed, Philips, General Electric, and Sylvania all are ready to market incandescent bulbs that meet the higher efficiency standards, while saving money for consumers.

Did I mention that the Koch brothers are in the dirty energy business and profit when you have to use more of it to light your house?