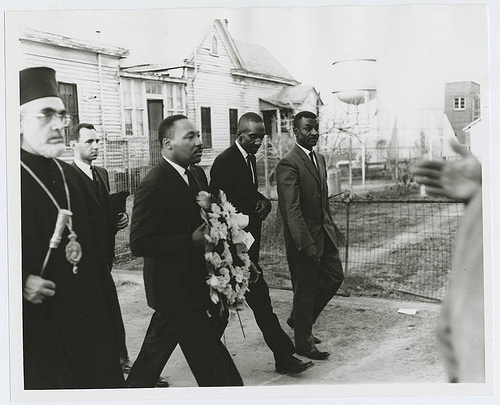 July 2 marks the 50th anniversary of the day President Lyndon B. Johnson signed the Civil Rights Act of 1964. The landmark legislation outlawed discrimination and segregation based on race, color, religion, sex, or national origin.

First introduced by President John F. Kennedy shortly before his 1963 assassination, the Civil Rights Act also offered greater protections for the right to vote and paved the way for another historic achievement one year later — the Voting Rights Act of 1965.

Momentum for the legislation picked up following the 1963 March on Washington. There, Martin Luther King and the National Urban League’s Whitney Young, along with 250,000 activists and citizens, gathered to demand “jobs and freedom” for people of all races who were locked out, left out, and disenfranchised. 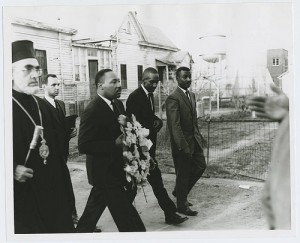 It was up to Johnson, JFK’s successor, to carry it over the finish line.

Despite extreme opposition, especially from LBJ’s former southern congressional allies, the former senator from Texas secured the bill’s passage. He signed it into law on July 2, 1964, surrounded by MLK, Whitney Young and a multi-racial group of civil rights activists.

“The purpose of the law is simple,” Johnson said when he signed the Voting Rights Act. “Those who are equal before God shall now also be equal in the polling booths, in the classrooms, in the factories, and in hotels, restaurants, movie theaters, and other places that provide service to the public.”

Only 50 years ago it was legal in some states to deny blacks the right to eat in the same restaurants as whites, sit in the same movie theaters, or even apply for the same jobs. Thankfully, that’s no longer true anywhere in this country.

We’ve also seen other gains, including a bigger black middle class and an increase in African-American high school graduation rates.

However, a wide opportunity gap persists.

“In almost every economic category, blacks have been gaining, but not by enough,” reporter Richard Wolf wrote earlier this year in USA Today. Consider these two examples: Median family income for African-Americans is still one-third lower than for all Americans and the unemployment rate remains twice as high as the white jobless rate.

Barack Obama’s election and reelection as America’s first black president is perhaps the most visible demonstration of the progress our nation has made over the past half a century. But even that achievement has been met with a backlash. Right-wing voter suppression efforts are on the rise, especially since the Supreme Court gutted the Voting Rights Act last year.

Obviously, our work isn’t yet done. Congress should pass the Voting Rights Amendment Act as a fitting tribute to those who have fought for civil rights for the past 50 years.