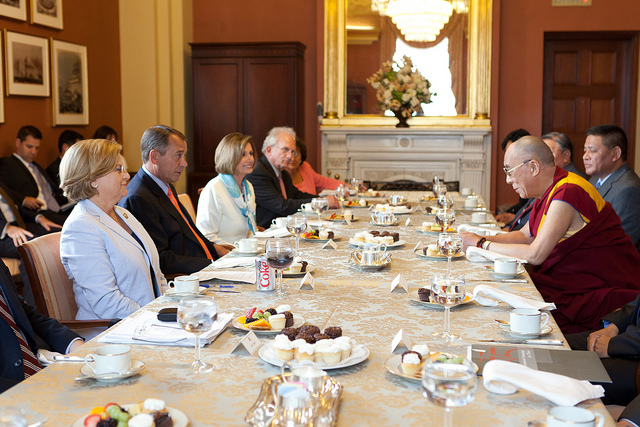 Lawmakers are shafting the underpaid workers who prepare their meals.
By Jim Hightower | June 17, 2015

For the first time, the Senate had voted to privatize the restaurants and other food services on the Hill. Sure enough, those dining spots now turn a profit, because they’re being “run like a business” — specifically a business like McDonald’s.

Restaurant Associates, the New York outfit that got the House and Senate food contract, profits by paying poverty-level wages and generally mistreating the cooks, wait staff, and other people who put the “service” in food service.

Wages are less than $11 an hour, well below the very expensive cost of living in the Washington area. “Everybody has second jobs,” says one weary worker. And when our $174,000-a-year members of Congress adjourn for the three months or so of vacations they take each year, the food service workers are sent away with no pay at all. 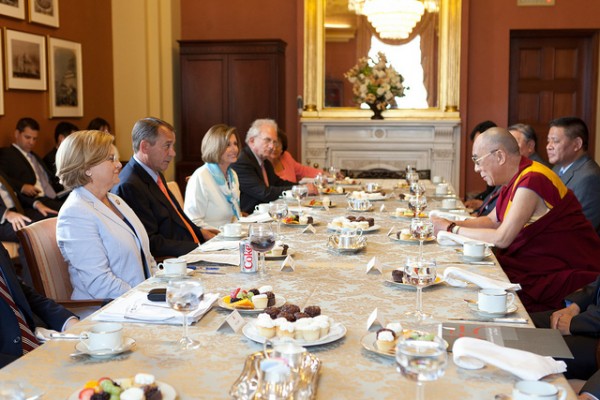 “I serve food to some of the most powerful people on Earth,” says a Senate cook. “They often talk of expanded opportunity for workers, but most don’t seem to notice or care that workers in their own building are struggling to survive.”

A key Republican committee chairman, Representative Tom Graves, recently showed how much Congress cares about inequality by refusing even to consider requiring food service contractors to pay a living wage.

“It’s really not within the scope of this committee to micromanage all contracts,” the Georgia Republican sniffed.

Think of how that makes the Capitol dining staff feel. If I were Graves, from now on I wouldn’t eat anywhere in the Capitol without taking a food taster with me.