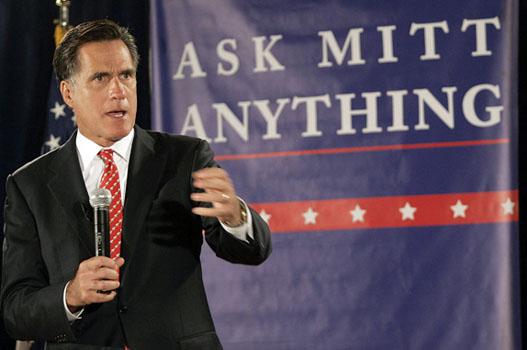 Dodging the Media on the Campaign Trail

If you’re a political candidate these days, the name of the game is to talk to your “target audience” apparently without answering questions from them — or, God forbid, from a journalist.

Take Mitt Romney’s recent visit to Colorado, prior to its February 7 caucuses.

Romney wanted to win over Republican voters who would be attending their caucus meetings. But the campaign decided to skip messy news conferences, often populated by skeptical reporters, and make the candidate and his wife available to conservative talk radio shows instead.

On the radio and through advertising, the Romneys could talk to conservative voters directly. The radio hosts, who routinely coddle conservative guests, didn’t challenge them. 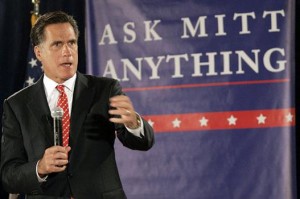 For example, when Ann Romney appeared on the Cari and Rob Show in Steamboat Springs, Colorado, she declared that she and her husband are “normal Americans like everyone else.”

That’s true, if you define normal Americans as those making $43 million over the last two years and owning anywhere from three to six homes.

But instead of asking whether she’d used coupons at the supermarket recently, host Rob Douglas moved right to the next question.

Mitt Romney also got adoring treatment on the conservative shows he dialed into.

On the Cari and Rob Show, Romney said President Barack Obama had “frankly done everything wrong when it relates to building an economy.”

A real journalist might have asked about Obama’s support for extending unemployment insurance, or for cutting the payroll tax. He or she might have asked Romney if there was some itty bitty thing Obama did right in light of the recent decline in joblessness to 8.3 percent.

Instead, Romney was ushered away to another conservative talk radio show, where he complained about the individual mandate included in Obama’s health reform. Romney told Mike Rosen, one of Colorado’s most prominent GOP mouthpieces, that he’d rather have passed a national healthcare bill giving tax breaks as incentives for those who chose to purchase health insurance. If you’re surprised at this, you’re not alone, because the mandate to buy insurance was central to Romneycare.

Critics have thoroughly documented that Romney not only agreed with the health insurance mandate in his legislation, but that he also worked hard to pass the bill. But Rosen just sat there without pointing this out.

Romney’s local talk-radio tour was interspersed with stops at at least three public rallies, as well as hand-shaking time at caucus events.

But did he take any questions from reporters covering these stops? No.

In Denver, one reporter actually got mad about this, and told us about it.

He wasn’t from The Denver Post, which didn’t even mention in its coverage that Romney wasn’t taking questions, but from a local TV station, FOX 31 (KDVR).

“You’d think someone campaigning to be leader of the free world,” Stokols wrote, “could handle questions from local reporters, as, say, Rick Santorum did whenever we and our competitors approached him here over the past week.”

Stokols pointed out that Santorum won, possibly in no small part because he talked to the press.

But the sad part is that Stokols was the only journalist in Denver who bothered to report that Romney wasn’t talking.

Other reporters quoted from Romney speeches. They photographed him in front of crowds. But they didn’t explain that the only public questions he answered came from the mouths of friendly talk-radio hosts.

As the campaign season kicks in, it’s up to reporters to make sure this scenario doesn’t become the norm. Denver’s FOX 31 reporter should be an inspiration, and his letter to Romney should be a model for other journalists.

If any candidate, Democrat or Republican, is hiding from the press, that’s news worth reporting.