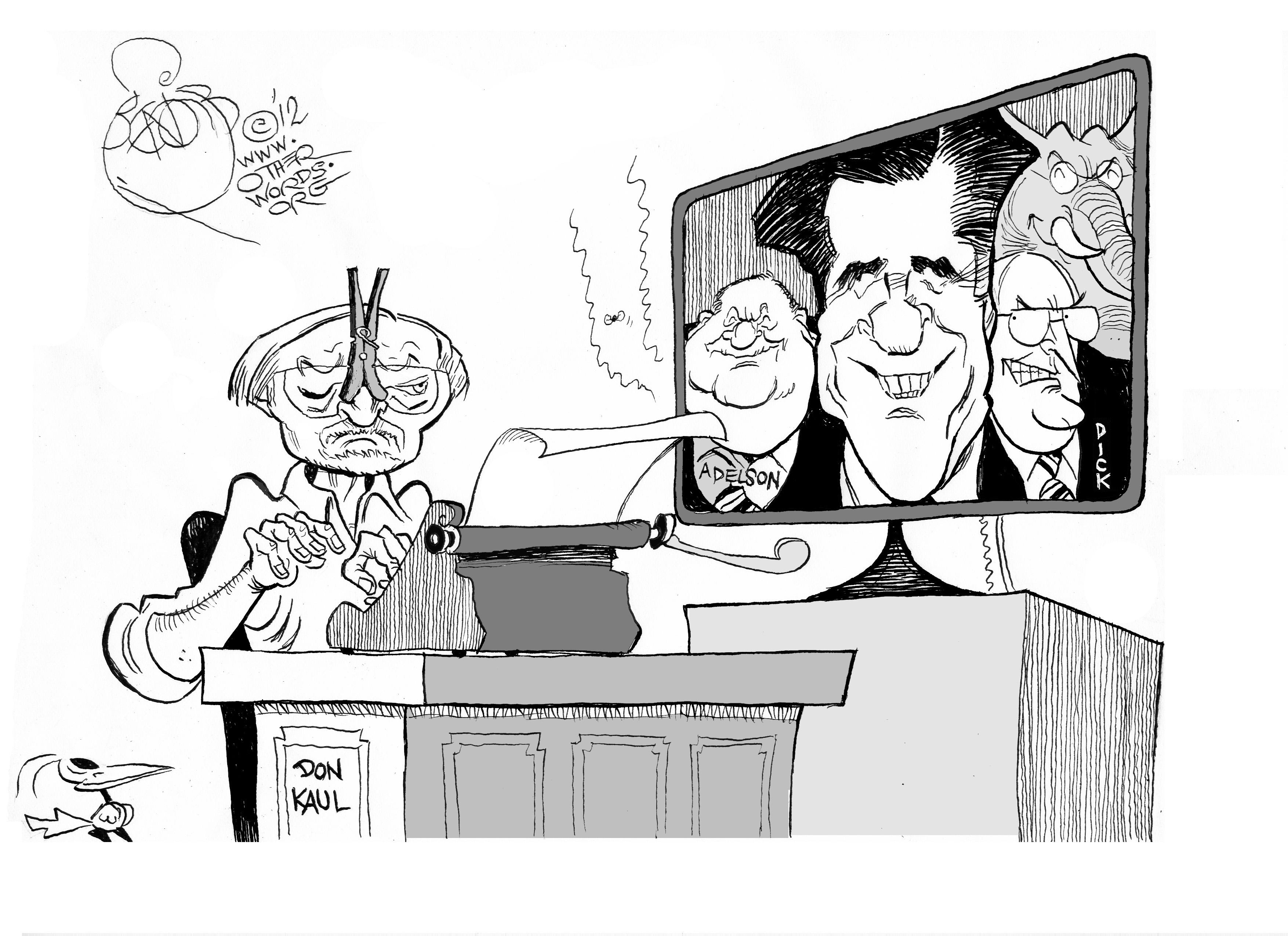 An old friend and former colleague pays tribute to the longtime Des Moines Register and OtherWords columnist.
By Van A. Tyson | August 9, 2012

Donald Kaul‘s decision to quit writing a column had a special meaning for me. He and I started as reporters at the same time at the Des Moines (Iowa) Register and Tribune.

He was a year or so ahead of me but we were both reporters on the Tribune when I started in 1963. I continued on the Tribune while his feature-writing skill got him elevated to columnist. He replaced Harlan Miller in the “Over the Coffee” column when Miller retired.

I remember that he had to compile a backlog of several columns before they let him have it. He, his wife, Sue, my wife Ginnie, and I became close friends and did a lot of socializing together. Part of our connection with one another was our love of literature. Ginnie, Donald, and I all had master’s degrees in English.

Don and Sue were graduates of the University of Michigan. After we departed Des Moines and Donald had moved to the Washington area to write his syndicated column from the center of U.S. government, Ginnie and I visited the Kauls at their home in Maryland.

By then, the Kaul children, Leslie, Chrissy, and Rachel, were in high school or college (they were children in Des Moines), and our girls, Emory and Gail, were children — who charmed them with their curiosity.

Donald had developed one group of fans by sponsoring a bike ride across Iowa, and he was still riding to work, after hauling his bike part way in the back seat of a former Checker cab.

None of us were good letter writers, but we kept in touch with invitations to our children’s milestones, such as weddings and graduations. We were saddened and ran the obit in The Chronicle, when the Kauls’ talented daughter, Leslie, died of cancer after making a name for herself as executive chef of a chain of Manhattan soup bars, Daily Soup, and co-author of a celebrated recipe book “The Daily Soup Cookbook.” 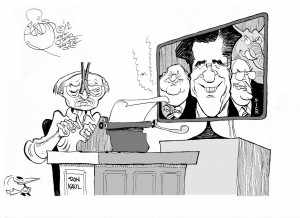 Donald Kaul Signs Off, an OtherWords cartoon by Khalil Bendib

Don had gift of finding humor in anything. His final column shows that as he found humor in his heart attack. He published two books of his columns, both of which I got and read. I reviewed the first one in 1971 in a column for the Arkansas Democrat.

At one time, we paid for his column, which was syndicated by the Chicago Tribune service. After he semi-retired, we were able to pick up his column free from the OtherWords editorial service. He got a lot of response about his retirement through OtherWords. We will publish some of those responses as space permits. I have already had several local responses by phone call and letter.

By the way, the Tribune, which was the big money-maker when we were there in the 1960s, has gone out of business with a lot of other afternoon papers, while the Register continues as a statewide institution. It has, however, been purchased by Gannett. I am told it has declined in quality.

Mainly, I just wanted to reminisce about our time together in Des Moines and our long-time friendship. We commented at one time about how we can continue to be friends without writing letters. I think that it is often the case of people who write for a living that they don’t write many letters. E-mail has improved that some, and I did just fire off an email to Donald. But I don’t really expect a reply.

This commentary originally appeared on The Gum Log, Van A. Tyson’s column in the Atkins, Arkansas Chronicle. Tyson is the newspaper’s editor and publisher. www.atkinschronicle.com