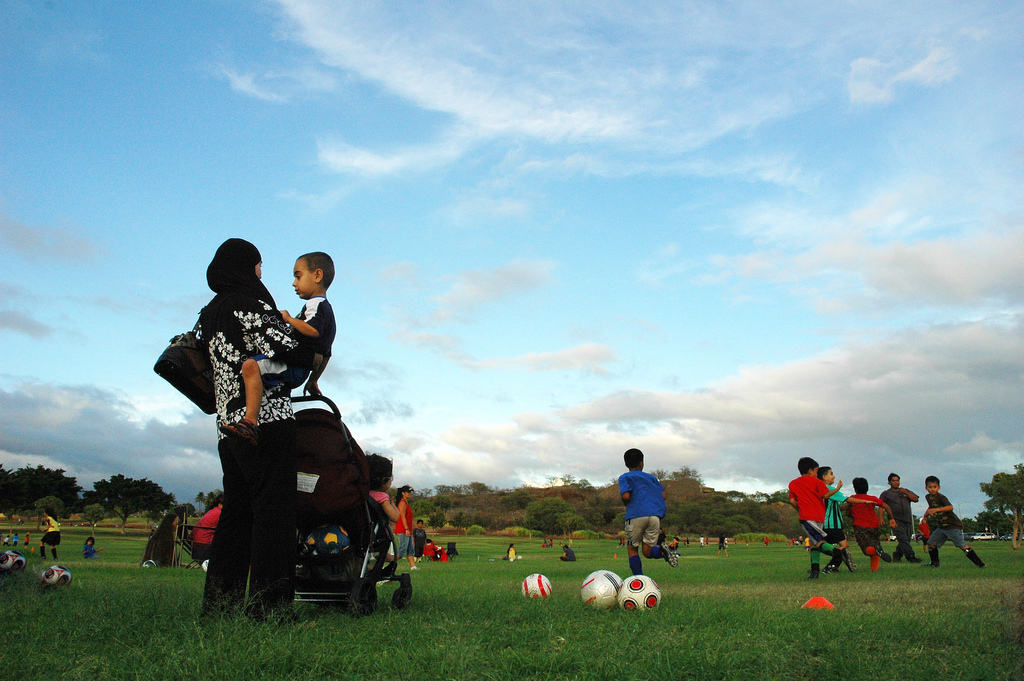 Don’t Play Into Trump’s Hands on the Muslim Ban

Please don’t reinforce ideas that paint us as violent.
By Dina El-Rifai | February 1, 2017

I’m a Muslim woman and a social justice advocate.

I’m terrified, heartbroken, and outraged by Donald Trump’s “Muslim ban.” As I watched administrative chaos and rapidly organized protests unfold at airports all over America, I was overwhelmed with messages from friends fearing they’d never be able to see their loved ones again.

Though the executive order doesn’t use these exact words, this is no doubt a Muslim ban.

It’s not just that the countries Trump wants to prohibit immigration from — Libya, Yemen, Iraq, Iran, Syria, Sudan, and Somalia — are majority-Muslim. It’s that religious minorities (i.e. anyone who isn’t Muslim) from those countries will be prioritized for entry into the U.S.

Refugees, immigrants, and Muslims are human beings — regardless of their age, status, skills, or nation of origin. Many Americans realize this, which is why thousands have turned up at protests to speak out against the ban.

But while they mean well, non-Muslim opponents of the ban still have to be careful not to repeat dangerous stereotypes when pushing back against this extreme action. 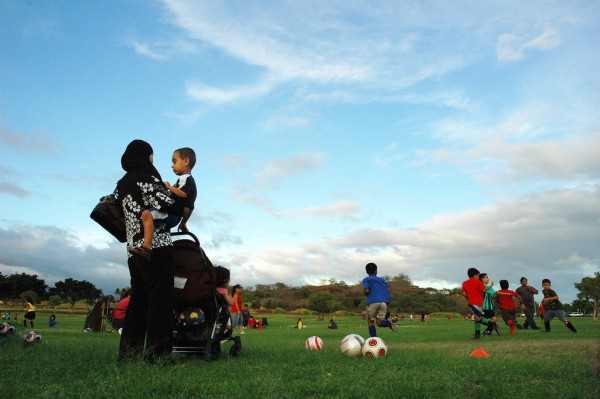 For instance, you may have heard that Trump’s order left off the Muslim-majority countries where President Trump has business deals — some of which, like Saudi Arabia and Egypt, happen to be where individuals who’ve carried out violent attacks hailed from.

All of that’s true, of course, and there’s value in pointing out Trump’s unprecedented conflicts of interest.

But in reality, Muslims in these countries are the primary victims of extremist violence there. And suggesting that Trump should ban those countries too only encourages broadening the Muslim ban, not ending it.

Another common argument I’ve heard is that Muslim refugees and immigrants strengthen national security by acting as police informants and joining the military, and that this ban could break the bonds of trust that enable those partnerships.

The narrative link between Islam and violence is used to justify military intervention abroad, which in turn is used to justify suspicion of Muslims at home. Muslims are seen as potential “terrorists,” to the point that the word is popularly linked with Islam — despite repeated horrific acts committed by white men in the U.S. in the name of Christianity or white nationalism.

This stereotyping feeds into increased hate crimes and harassment, as well as profiling and government surveillance of Muslims.

The Obama administration’s wars were often justified through the demonization and dehumanization of Muslims. So were its expansion of the drone program, unwarranted surveillance, militarization of our borders and policing, and record-breaking numbers of deportations.

Trump’s latest action is reminiscent of past immigration bans, and the implications of where we could go from here are terrifying. Scary precedents include the ban on immigration from Asia and the great national shame of Japanese internment.

Only by acknowledging the history of these systems and policies — systems that existed long before Trump took office — can we understand how to resist them today.

Trump’s Muslim ban has already been widely applied, and we can’t ignore the threat of it growing. I, and so many Muslims, recognize this undeniable possibility. We’re not safe. We’re targets here and abroad.

So I’d ask this of my friends and neighbors: Don’t reinforce ideas that paint us as inherently violent and undermine our humanity. Reach out to us, support us, uplift our voices and humanity.

Dina El-Rifai is a Policy Fellow at the American Friends Service Committee. Distributed by OtherWords.org.