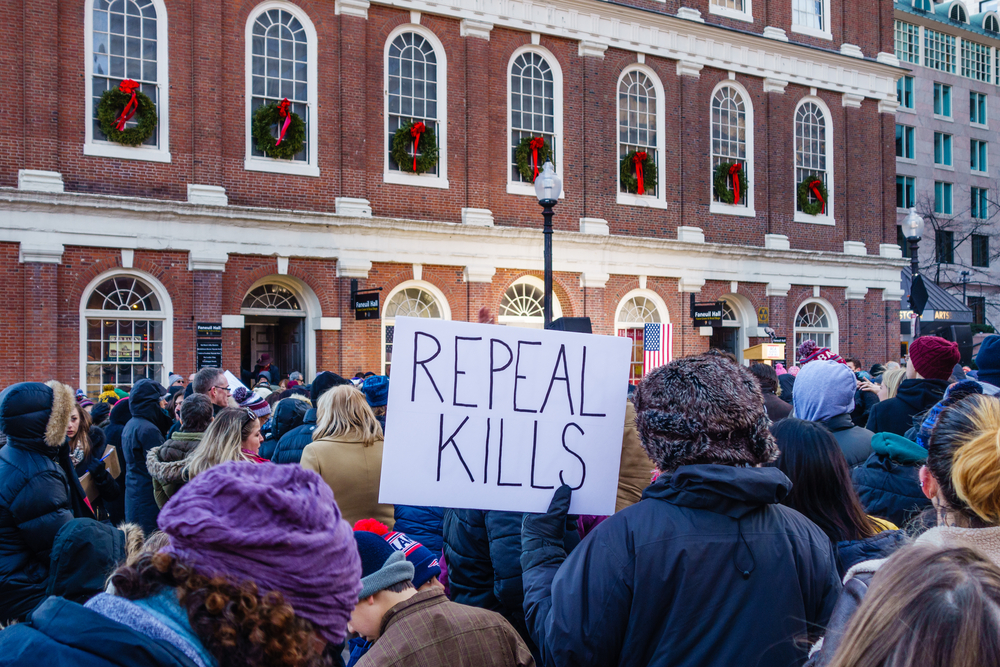 Not even a raging pandemic stopped Republicans from dragging yet another effort to throw millions off their health care to the Supreme Court.
By Olivia Alperstein | November 18, 2020

Like everyone else with a pre-existing medical condition, I’ve been holding my breath, anxious about the latest attempt to undo the life-saving provisions of the Affordable Care Act.

This time, it’s yet another Republican lawsuit that’s gone all the way to the U.S. Supreme Court, which now has a bigger conservative majority than before.

I was diagnosed with rheumatoid arthritis at age 22. The ACA is the reason I got affordable access to medical care I needed — and medication that’s prevented me from needing a cane.

I’m incredibly lucky. Some of my friends would have died without the ACA.

The ACA has saved millions of lives and provided health care for tens of millions who would otherwise lack it. But like Dickensian villains, Republicans have tried everything they can to quash the ACA. They’ve tried to undo it in Congress, undermined it in the White House, and filed suit after suit in the courts.

By gutting these protections, Republicans would cause the uninsured rate to skyrocket by 65 percent, kick adults under 26 off their parents’ insurance, threaten the future of rural hospitals struggling to survive, and even enable insurance companies to once again charge women 50 percent more than men.

Without the ACA, millions of poor, unemployed, uninsured, and sick Americans would be stuck relying on VapoRub, ginger ale, and aspirin.

Hell is dying of something preventable because of poverty, job loss, or a major life event when simply having affordable health insurance could have saved you.

Denying people health care is cruel in the best of times. In the middle of a global pandemic, it’s particularly heartless and foolhardy — and will undoubtedly cost lives.

Our country’s response to COVID-19 is already among the worst in the world. Over 240,000 Americans have already died from COVID, and over 10.3 million have gotten sick. Millions more have lost their job, and with it their health care.

Despite its newly enlarged conservative wing, some observers think the Supreme Court is unlikely to kill the whole Affordable Care Act this time around. But the ruling may still end up weakening the law, and Republican assaults on it are unlikely to end.

If we were truly serious about treating health care like a human right and not just some aspirational dream like owning a house with a white picket fence, we wouldn’t just keep the ACA intact. We would enact Medicare for All and take steps toward ensuring truly universal health coverage.

If there’s one silver lining to all these attacks, it’s that they’ve made more Americans appreciate the protections of the ACA. The next step is to expand it.

Olivia Alperstein is the Media Manager at the Institute for Policy Studies. This op-ed was distributed by OtherWords.org.