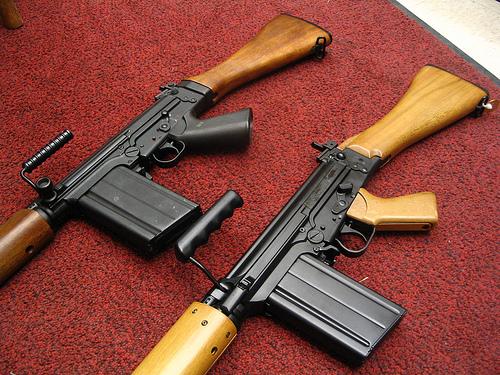 Don’t Tread on My Guns

More than 30,000 Americans die from gunshots each a year, but gun control efforts are sinking.
By William A. Collins | September 12, 2011

Love my guns,
Can’t do without;
Know one day
They’ll bail me out.

Do you remember when Rep. Gabrielle Giffords (D-AZ) returned to Congress just in time to cast a vote for raising the debt ceiling and slashing the safety net? I wish that she had instead returned to the Capitol to cast a decisive and historic vote for gun control.

That’s a far-away dream. Even in the wake of Jared Lee Loughner’s failed attempt to assassinate the Arizona lawmaker, the reality is that gun laws and court decisions are going the other direction. Gun possession, carrying, concealment, and tracking are now all moving toward the benefit of the bearer, and the United States is on course to live through its roughest Wild West fantasy. Giffords’ wounds are collateral damage of this drive to scrap all restrictions on gun ownership.

With so many Americans now packing heat, this has become a serious issue.

In Texas, the National Rifle Association (NRA) filed a lawsuit last year in a bid to allow 18-year-olds to buy and carry concealed handguns. This would give them a more effective defense against 21-year-olds who may legally arm themselves. Presumably it would also afford them a more effective response if an armed professor suddenly went off half-cocked. Unlike their counterparts in Mississippi and Wisconsin, however, Texas lawmakers failed this year to pass a law that would have allowed students to carry concealed weapons on campus. 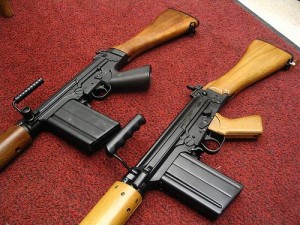 Some cities have long imposed their own stiffer ordinances to help tamp down shootings in their most crowded and violent areas. No more, at least in Ohio. Its state Supreme Court outlawed such sterner controls late last year.

The Giffords shooting also highlighted the uncomfortable problem of the loose regulations governing gun ownership by people with mental illnesses. Patients whose episodes caused their weapons to be confiscated are now often finding it easier to get them back — or in some cases just to hang onto them in the first place when they are supposed to be taken away. As state inspection staffs get laid off and gun owners, insane or not, fight to hang on, who has time any longer to monitor and enforce so many rules?

Indeed the gun situation in the United States has gotten so badly out-of-hand that proponents of greater control have been reduced to claiming victory when they merely manage to fight off the latest assault on existing law.

So who opposes these sensible laws anyway? Well sure, the NRA, but who are the real people that want to buy large-volume magazine clips or automatic weapons? Or carry concealed guns? Or leave loaded ones around the house?