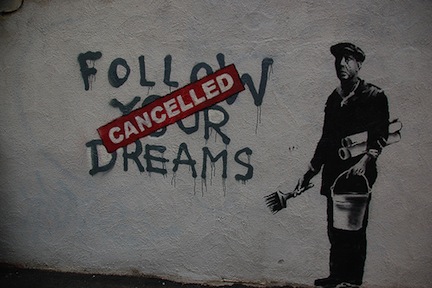 The wealth possessed by our nation's 400 richest billionaires is equal to the collective net worth of all African-American households.
By Bob Lord | January 15, 2014

As we commemorate Martin Luther King Jr.’s 85th birthday, we’ve all come to know his dream. Above all else, he dreamed that one day this nation would rise up and live out the true meaning of its creed: “We hold these truths to be self-evident, that all men are created equal.”

The net worth of just 400 billionaires, a group that could fit into a high school gym, is on par with the collective wealth of our more than 14 million African- American households. Both groups possess some $2 trillion, about three percent of our national net worth of $77 trillion.

We chose to honor Dr. King by making his birthday a national holiday because of his tireless work for justice. And MLK stood not only for social justice, but for economic justice as well.

Back in 1951, he told his future life partner, Coretta Scott, that a small elite should not “control all the wealth.” “A society based on making all the money you can and ignoring people’s needs, is wrong,” Dr. King explained.

And the “March on Washington” was “for jobs and freedom.” At the time of his assassination in Memphis in 1968, Dr. King was standing with striking sanitation workers in their fight for economic justice.

How would MLK view the Forbes 400 controlling as much wealth as our entire African-American population of about 41 million people? Could that state of affairs co-exist with his dream?

Hardly. At the outset of that speech about his dream, the civil rights leader noted that one century after the Emancipation Proclamation, “the Negro lives on a lonely island of poverty in the midst of a vast ocean of material prosperity.”

Dr. King’s dream was as much about economic justice as it was about social justice. Today’s distribution of wealth in America represents his nightmare come true — even with Barack Obama serving as our president.

What derailed the dream? How is it that, 50 years out from MLK’s speech, black America has such a dismally small slice of our nation’s wealth?

Here’s how: In the 1940s through the 1960s, U.S. economic opportunity and upward mobility outside the African-American community were the envy of the world. Back then, economic inequality was plummeting.

While discrimination kept black America mired in poverty, Dr. King watched tens of millions of other Americans climb from humble beginnings to affluence. So, he justifiably believed that if African Americans could break free from the yoke of racial discrimination, they too could share in the American Dream.

It would take a generation or two until most of them made it, but eventually they’d get there.

Soon after the chokehold of racial discrimination on the advancement of blacks finally started to loosen, however, America began its return to the society that existed before Dr. King’s birth, where a small slice of the population lives in opulence while average Americans struggle to get by.

Today, it’s not social injustice, but extreme inequality that constrains economic mobility, not just for black Americans, but all of us. America, once the land of opportunity, now has a level of economic mobility lower than that of almost all other rich countries.

By the time African Americans broke mostly (but not entirely) free from racist constraints on their economic mobility, they were whacked with a new obstacle: the almost equally suffocating injustice of extreme inequality. They’re not the only ones suffering. But because they were locked out of the egalitarian economic progress that took place during Dr. King’s lifetime, they’re disproportionately represented in the group now stuck on the lower rungs of the economic ladder.

So here we are, a half-century after Dr. King described his dream, living through a nightmare where 400 ultra-rich Americans control as much wealth as our entire African-American population.

Bob Lord, a veteran tax lawyer and former congressional candidate, practices and blogs in Phoenix, Arizona. He is also an Institute for Policy Studies associate fellow.
Distributed via OtherWords (OtherWords.org)