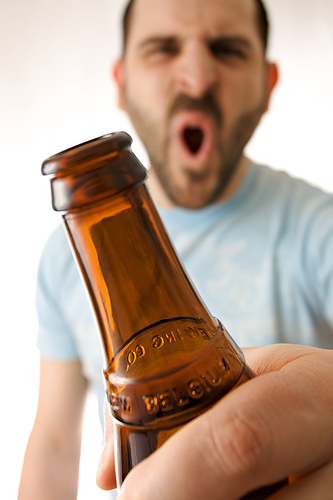 Drawing the Line on Big Beer

The beer market, like the food supply, is dominated by a handful of companies.
By Wenonah Hauter | March 13, 2013

Millions of Americans will enjoy a beer tonight. The vast majority of them probably won’t realize that the wide variety of brands they see in the stores, bars, and restaurants come from just two foreign-based multinational companies that control 80 percent of the U.S. market.

Many of the most popular beer brands appear unchanged over the years, and there’s been a recent explosion in the variety of beers available. But behind the label, the industry has become a global and increasingly monopolized affair, just like the rest of our food system.

Now, one of the largest beer corporations, Belgium-based AB InBev — which owns Budweiser — wants to buy Mexico’s Grupo Modelo, which owns the Pacifica, Tsingtao, and Corona brands. The Justice Department, after allowing foreign companies to acquire nearly all U.S. breweries in the past decade, finally took some action in January when it sued to block the Budweiser-Corona marriage. 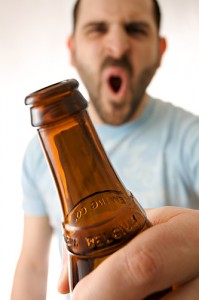 But AB InBev seems intent on forging ahead with the deal. It’s rearranging the proposed takeover to address Washington’s concerns by promising to sell a factory and the Corona and Modelo brand rights in the United States to another company. Even these changes would leave AB InBev in control of nearly everyone’s beer cooler. The already-vast brewer would have yet more power to raise prices unilaterally.

The beer industry’s concentration has grown alongside an explosion in locally brewed craft beers, but the nearly 2,000 independent craft breweries comprise less than 6 percent of the U.S. market.

Why does it matter who owns our beer? According to a recent report by the New America Foundation, the industry’s consolidation has raised prices and narrowed consumer choice. After InBev purchased Anheuser-Busch in 2008, a long-running price war between Anheuser-Busch and SABMiller ended, and both began to raise their prices simultaneously.

What’s worse, this consolidation problem spans the whole food system. When a few large companies own and control our meat, milk, and processed foods, it’s bad for consumers and the farmers who bring us the food. The big players get to make all the decisions, from pricing to distribution, and consumers and producers have no choice but to go along for the ride.

Just how highly concentrated is our marketplace for food? Two out of three pork chops are sold by just four companies. It’s even worse for beef, with four companies processing 80 percent of all U.S. cattle. When markets are this concentrated, the big players make all the rules in the marketplace to the detriment of farmers and consumers. That’s why a chicken farmer receives about 25 cents on every 12-piece KFC chicken bucket.

When you look behind the multitude of brands in the supermarket and find just a handful of companies, it’s easy to see why small farms have disappeared. Over decades of policy shaped by the largest food and agriculture corporations, these companies have managed to squeeze more and more from the livelihoods of farmers. The meatpackers and other food manufacturers pay farmers lower prices, and farmers are forced to turn their livestock operations into factory farms so that they can make ends meet. Consumers aren’t the ones benefiting off of the low, low prices farmers get for their products — the middlemen are.

Who controls your beer might seem a frivolous question. But who controls our food supply is no laughing matter. The Justice Department must challenge the growing food monopolies to protect consumers. Blocking this merger would mark a first step in that direction.

Wenonah Hauter is Executive Director of Food & Water Watch and author of Foodopoly: The Future of Food and Farming in America.  FoodandWaterwatch.org
Distributed via OtherWords (OtherWords.org)