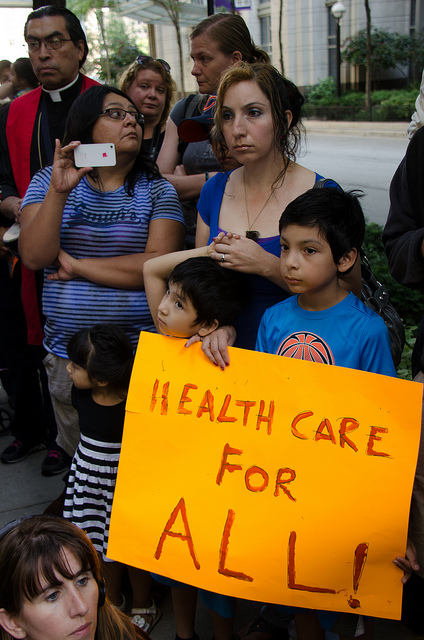 Why are hundreds of thousands of young immigrants shut out of affordable health insurance?
By Cecilia Velasco | December 17, 2014

But there’s one group of people that won’t be signing up anytime soon.

These are young immigrants in the United States — over 600,000 of them — who have what’s called Deferred Action for Childhood Arrivals (DACA) status.

Two years ago, President Barack Obama issued a directive to protect many of these young people from deportation. Most of the people who got relief came to this country as small children with undocumented parents and have spent most of their lives here.

Estefany Gonzalez from New Mexico is one of them. She’s a 20-year old, full-time student studying psychology and Spanish with dreams of attending medical school. She also works part-time at a local charter school.

While juggling both school and work, Gonzalez worries about getting sick because medical expenses are too costly for her to pay out-of-pocket.

She learned this firsthand two years ago when she was forced to go to the emergency room after experiencing stomach pains. After a three-hour wait and a dose of Tylenol for the pain, she was sent home. 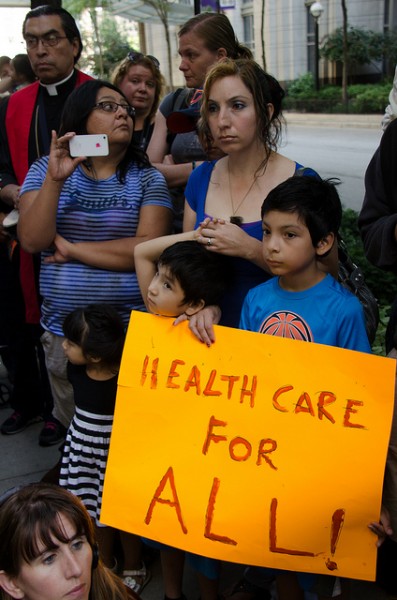 Today, Gonzalez is still trying to pay off that bill alongside her educational expenses. Had she been eligible for health care coverage through the Affordable Care Act, she could focus on her studies instead of worrying about how to pay medical bills.

So why are DACA recipients like Gonzalez ineligible for the new health care law?

Because Obama decided to exclude them.

That decision hurt hundreds of thousands of young immigrants who have otherwise greatly benefited from DACA. The program allows immigrant youth between the ages of 15 and 31 to attend school and work in the United States without fear of deportation as long as they meet certain eligibility requirements.

DACA has allowed these immigrants to lead relatively normal lives and contribute to their communities. These “DACAmented” youth can now open bank accounts, build credit, obtain drivers’ licenses, and pursue educational and work opportunities that weren’t possible before.

With the government giving people like Gonzalez a chance to live and work in the United States without fear of deportation, you might think that they’d be eligible for health insurance. But by caving to pressure from anti-immigrant politicians, Obama decided otherwise.

That’s why a significant share of the DACAmented youth who could have easily been covered under the Affordable Care Act instead have no coverage.

It simply doesn’t make sense to allow young people like Gonzalez to live, work, and pay taxes in this country, but then bar them from accessing the affordable health insurance they need to be productive members of society.

Obama could easily reverse his decision at any time. So why won’t he stop playing politics with this important issue? The health of more than 600,000 tax-paying, law-abiding young immigrants is at stake.

It’s time to open up the Affordable Care Act to people like Gonzalez. Hard-working youth like her deserve nothing less.

Cecilia Velasco is the New Mexico fellow at the Institute for Policy Studies. www.ips-dc.org.
Distributed via OtherWords.org.