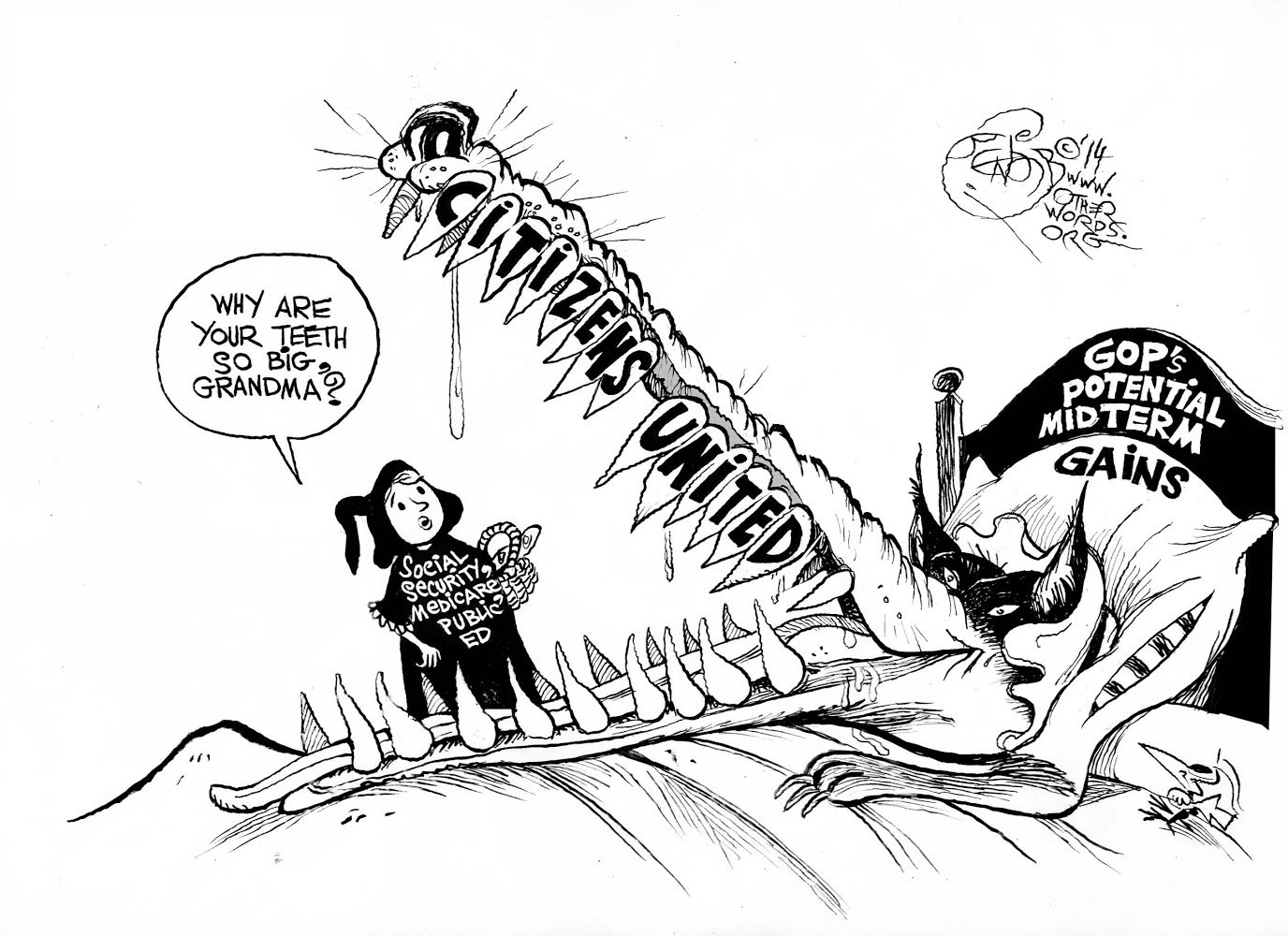 The GOP's Sharp Teeth, an OtherWords cartoon by Khalil Bendib

Driving Government Out of Business

If the Republicans gain a Senate majority, they'll try to topple these four pillars of public service.
By William A. Collins, Emily Schwartz Greco | October 29, 2014

Republican operative Grover Norquist used to quip about shrinking government to the point where it would get small enough to drown in the bathtub. You probably thought he was kidding.

His joke could be on us all soon enough. Pollsters say the Republican Party is likely to nab at least a slim Senate majority in this year’s mid-term elections. And The Washington Post gives Republicans a 99 percent chance of retaining their firm control over the House of Representatives. 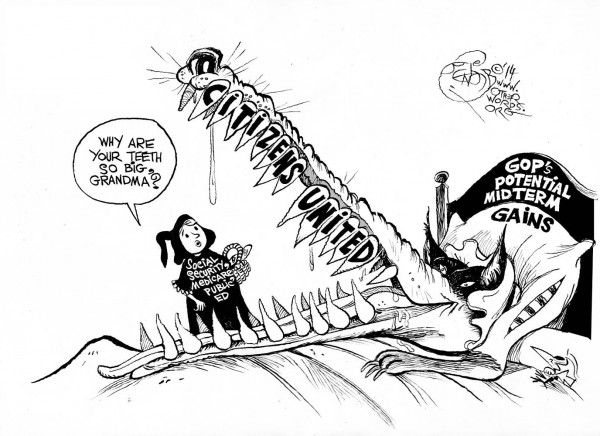 The GOP’s Sharp Teeth, an OtherWords cartoon by Khalil Bendib

If the experts are getting these forecasts right, the GOP will completely dominate Congress for the first time in eight years. What could go wrong?

Well, a lot. For starters, consider these four pillars of public service that the Republican Party will try to send down the drain.

First, there’s Social Security. Their game is to gradually chip away at the nation’s primary retirement benefit program and then privatize it when it runs into trouble. Scores of Social Security offices around the country have already closed even though record numbers of people are turning 65, setting the stage for failure.

Then, there’s what passes for affordable health care in the United States. Despite the Republicans’ sneering over “Obamacare,” their backers in the health insurance industry love its requirement that everyone must get one of their plans. Next up on the GOP agenda: replacing Medicare with a voucher system.

And don’t forget the public schools. Many Republicans are heeding a push by billionaires to jam as many pupils as possible into charter and online K-12 schools. That means taxpayers are increasingly paying private businesses to educate their kids at ostensibly public facilities. And do kids learn more at brick-and-mortar charters or virtual schools? In a word, nope.

Finally, Republicans are tampering with your mail. The U.S. Postal Service is losing money because Congress forced it to pay upfront for future retirement benefits — unlike any other agency — creating the illusion that it’s on a shaky footing. This started the last time the GOP controlled both chambers, when lawmakers produced the cynically named Postal Accountability and Enhancement Act. If Republicans recover their majority in both chambers, this absurd law would be sure to stay on the books.

There’s nothing new about trying to replace government services with private ones or substituting contract workers for government employees. And the GOP doesn’t always act on its own. Plenty of Democrats are joining with their colleagues across the aisle to accomplish at least some of these maneuvers.

The difference today is money.

Thanks to a string of Supreme Court decisions, corporations and wealthy individuals may contribute nearly limitless amounts of money to political campaigns. Later, they demand favorable policies when their candidates win.

The result? Social Security, schools, affordable health care, the postal service, and other essential government operations all suffer as the private sector extracts ever larger profits from the public realm.

Grover Norquist has compelled most Republican politicians to swear off raising the tax revenue that might cover the cost of delivering essential public services. Is this what Norquist envisioned before he conjured up his his anti-tax pledge? Probably.