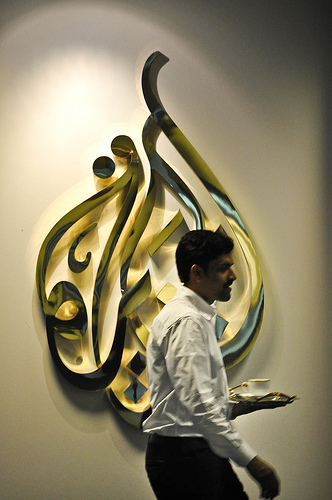 The story of independent voices struggling to gain a place in our media system is all too common.
By Josh Stearns | January 30, 2013

Time Warner Cable’s decision to drop Al Jazeera English from its lineup, right after AJE had purchased Current TV and that network’s carriage deals for $500 million, raised questions about the cable operator’s motives. But whatever the particulars and politics of this situation may be, the story of independent voices struggling to gain a place in our media system is all too common.

Al Jazeera English, which is a separate channel from its Arabic counterpart, has long sought to expand its reach in the American cable marketplace, but most cable companies have refused to make space for the channel. That could be due to lack of room in their lineups, their desire to prioritize content from conglomerates like Comcast-NBC and Fox, or concerns about potential controversy for carrying Al Jazeera.

No matter the reason, Time Warner Cable’s decision suggests that Al Jazeera still has an uphill battle. This is just the latest example of the power that cable companies wield as information gatekeepers for the American public.

Most Americans have only one or two choices for cable TV, and that’s by design. Cable companies have built their own local monopolies, and undermined competition, by strategically staying out of each other’s terrain. In some communities the cable company is also the primary Internet service provider, and may own local newspapers or TV and radio stations.

When it purchased Current TV, Al Jazeera English announced it would no longer stream programs live on its website. Before this deal, Al Jazeera English put its news content online free of charge to reach as many people as possible. At the height of the Arab Spring, Americans from Main Street to Capitol Hill tuned into the Al Jazeera website in record numbers. 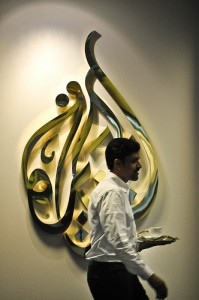 “Viewership of Al Jazeera is going up in the United States because it’s real news,” Secretary of State Hillary Clinton said before the Senate Foreign Relations Committee. “You may not agree with it, but you feel like you’re getting real news around the clock instead of a million commercials and, you know, arguments between talking heads.”

Not long after the deal was announced Al Jazeera English posted almost a hundred job openings for its newly expanded newsroom, and the network plans to open more bureaus around the United States. At a time when many newsrooms are still cutting reporters, the Al Jazeera English deal will help expand coverage of important issues at home and abroad.

While the story of Al Jazeera English is unique in many respects, it’s also part of a new era of nonprofit journalism in America. In the last five years, hundreds of new nonprofit journalism organizations have emerged to fill in the gaps being left by the disruption of traditional commercial media. Al Jazeera English, which is funded by the government of Qatar, will be the first non-profit 24-hour cable TV network to operate in our country.

Al Jazeera and other nonprofit journalism organizations are helping to reinvigorate quality news and investigative journalism and bringing more diverse, global voices into our media. However, these new voices face steep challenges in a consolidated media system like ours. Local communities should demand that quality news get a seat at the table and a spot on the dial.