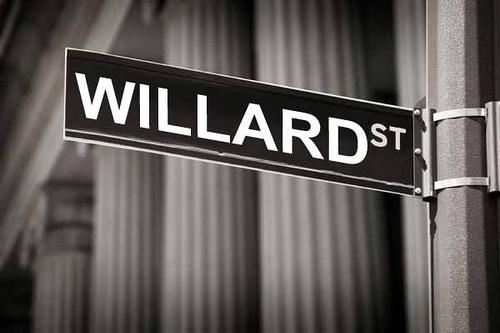 Lots of office-seekers this fall are campaigning against the 1 percent, but will they govern that way?
By Sam Pizzigati | October 17, 2012

All those political campaign ads flooding our airwaves are hitting on dozens of different targets. One particularly: Wall Street. Between mid-April and mid-September, Ad Age reports, $1 out of every $10 spent on campaign ads has blasted Wall Street bankers.

And these ads haven’t just come from Democrats. The list of “big anti-Wall Street spenders” even includes the Republican National Committee.

Campaign strategists are placing these anti-Wall Street ads for an obvious reason. Wall Street’s greed grab, they understand, has Americans angry and frustrated.

And the gap between the pin-striped set and the rest of us is growing. Financial industry pay in New York is now running 5.3 times higher than pay in the rest of the private sector. In 1980, Wall Streeters only averaged twice the private-sector take-home.

The typical employee on Wall Street isn’t, of course, making $362,950. The Street’s secretaries don’t earn anywhere near that lofty sum. But investment bankers and traders are making millions above it, and Wall Street’s “greater concentration” of these “most highly compensated positions,” as New York’s comptroller puts it, wildly skews the overall average.

What are these “most highly compensated” doing to earn their millions? They run a casino. They take bets on stocks, currency, commodities, and ever more exotic financial innovations.

On every bet, Wall Streeters take a cut, just like the “house” at any casino. And sometimes they even rig the game and place their own bets on the sure-winners they’ve created.

This incessant gambling hurts us all. Wall Street has placed our entire economy on a roller coaster. Crashes — even Great Recessions — become inevitable.

Most Americans have at least a vague sense of all this, and candidates are seeking to exploit this unease with all those anti-Wall Street campaign ads. But we don’t need ads from candidates. We need commitments from them — to rein in our economic casino.

How could these candidates start reining? They could enact what analysts call a financial transaction tax, a tiny levy on every “trade” — every gamble — that Wall Streeters take.

All other gamblers in the United States pay tax on their bets, except those in the financial industry. There’s a tax on every $2 racetrack bet. But Wall Street wheeler-dealers who can routinely bet billions pay no taxes on their wagers. 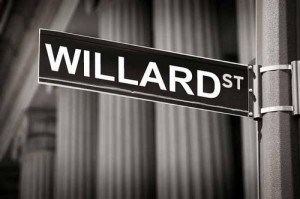 This could soon change. A growing number of lawmakers in Congress are aiming to make the status quo less 1 percent-friendly. More than a dozen financial transaction tax bills are pending in Congress. The latest, just introduced by Rep. Keith Ellison (D-MN), would place a 0.5 percent tax on every stock trade and a somewhat smaller tax on every trade of bonds, derivatives, and currencies.

But if these traders should flee, they’ll have a hard time outrunning financial transaction taxation. Eleven European nations — led by France and Germany — recently agreed to implement a tax on all trades of stocks, bonds, and derivatives that will go into effect by 2014. This landmark victory for financial transaction taxation in Europe may give Ellison’s bill substantial momentum. Some 130 organizations, part of a “Robin Hood tax” campaign, have already endorsed it.

These Robin Hood campaigners don’t have a fraction of the cash spent so far on the 2012 election’s anti-Wall Street ads. But they do now have powerful legislation to push — and a determination to keep all those anti-Wall Street candidates honest.