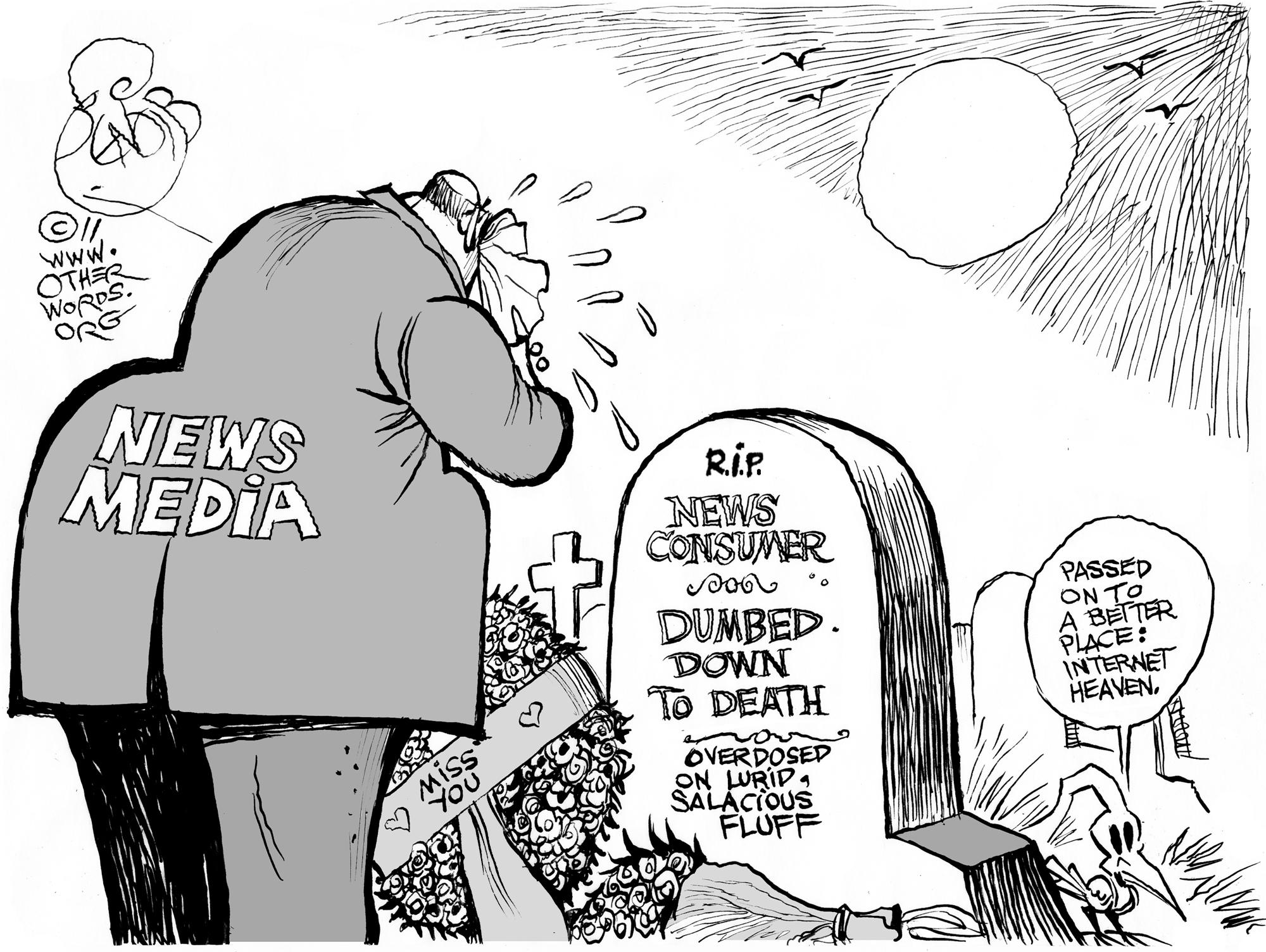 The news media didn’t even wait until summer had officially started this year to begin serving summer fare: fluffy and titillating stories, good for mindless beach readers and lazy reporters in vacation mode, but lacking the public-interest value we need from journalism.

Summer is the time, you’ve undoubtedly noticed, when we see some of the most overplayed and least valuable news stories park themselves in our TV sets and stay there on and on and on.

You know the kind of “news” I’m thinking of. 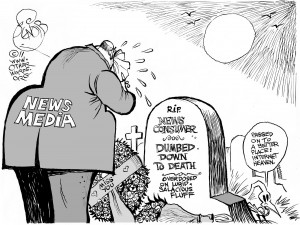 Rep. Gary Condit’s affair with an adult congressional intern, who had disappeared, dominated the news throughout the summer of 2001 until the Twin Towers fell. And the rumor-filled story about the California Democrat came to symbolize a media obsessed with trivia in a world full of impending disaster.

It was the summer of 2003, you recall, when TV crews gave us 24-7 coverage of NBA star Kobe Bryant’s alleged rape, a charge that was later dropped.

It was just two summers ago that Michael Jackson died, setting off a global vacation-time news extravaganza.

Before this summer even got underway and the debt ceiling drama settled over us, we were treated to the saga of former Rep. Anthony Weiner. This has to be one of the dumbest titillation stories of all time.

Weiner’s nutty tweets were splashed across our computer screens and newspapers as if they were meaningful news, as if they might have an actual impact on the stuff we all care about, like climate change, hunger, the budget deficit, or job creation.

Why does so much fluff masquerade as news every summer?

There’s the celebrity factor, of course, often combined with sex and wealth. There’s the fact that these stories are so easy to report and, just as importantly, for us to understand, when media types are on vacation and so are we.

No database searches required. No journalistic training to speak of.

You wonder, can journalists take a stand against this kind of stuff? Can they resist the summer heat and say no?

Typically, local TV news stations like to hype anything with high mayhem and fluff value, whether it’s summer or winter, especially if there’s a storm coming in.

But one CBS affiliate in Denver recently showed what journalistic integrity looks like.

In early June, a Denver blog published allegations that Denver’s newly elected mayor, Michael Hancock, was a client of a local prostitution ring.

All the local news media played the story big time, even though no one, not even the blogger who posted the original rumors, will tell you there’s credible evidence to support the allegations.

Even The Denver Post splashed the story on the front page, not based on the proof, but on the secretive response of the Hancock campaign.

Tim Wieland, news director of the CBS station in Denver who kept the story off the air, explained to me that he simply didn’t want to report a story, no matter what his competitors were doing, without evidence, especially because of the “sensational” nature of the prostitution allegation.

He didn’t want to report on the “process” of the story without evidence.

“I’ll tell you, it was an extremely difficult decision,” he said. “When you see everybody else out there doing it, and you’re the only one not. Believe me I did a lot of soul searching. But at the end of the day, when you’re in this seat, you have to do what you feel is right.”

I know I’m swimming upstream here, but how inspiring is that to hear from a local TV news journalist?

Let’s hope Wieland’s words give inspiration, and backbone, to journalists at the national level in these dog days of summer.

A former media critic for the Rocky Mountain News, Jason Salzman is board chair of Rocky Mountain Media Watch and author of Making the News: A Guide for Activists and Nonprofits. www.bigmedia.org