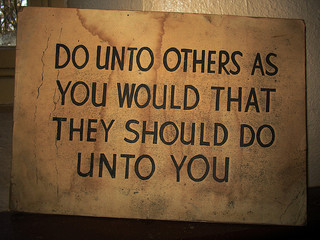 ENDA and the Golden Rule

I was taught to honor and respect others, even if they might be a little different from me.
By Rev. Leonard B. Jackson | November 13, 2013

You probably don’t think twice about sharing a photo of your loved ones at work or talking with coworkers about vacation plans with your family. But for some Americans, these simple acts put their jobs and livelihoods at risk.

Here’s why. Though eight out of 10 Americans don’t know it, in most states you can still be fired for being lesbian, gay, bisexual, or transgender (LGBT).

In Nevada, where I live, we protect LGBT people from employment discrimination. But too many other states have yet to take that simple step. There are no state laws protecting LGBT Americans against workplace discrimination based on sexual orientation in 29 states and no state law protections for gender identity in 33 states. 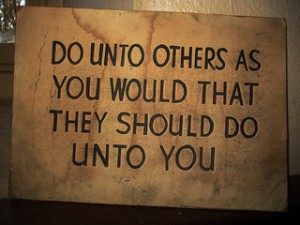 The Senate recently took a major step toward ending this kind of discrimination by passing the Employment Non-Discrimination Act. ENDA would make it illegal to fire, refuse to hire, or refuse to promote employees because of their sexual orientation or gender identity — no matter what state you happen to live in.

I certainly don’t want to see my LGBT brothers and sisters being fired for something that has nothing to do with how well they do their job. And neither do Americans across the country.

Maybe that’s because I, like most of us, grew up being taught the “Golden Rule” — that basic idea, found in faith teachings and secular traditions alike — that we should treat others as we’d like to be treated. I was taught to honor and respect others, even if they might be a little different from me.

As a Christian minister, I’m tired of hearing mistrust and fear cloaked in the language of religion.

Thus, I shall treat others with dignity, respect, and love.

And that’s why I feel called today to speak out in support of ENDA. Like many other issues I’ve worked on, from mass incarceration to civil liberties for all, employment discrimination is not just a policy issue — it’s an urgent moral issue. It’s a clear question of right and wrong, of opportunity and fairness versus discrimination.

The Senate has done the right thing by passing ENDA. Now it’s the House’s turn.

As President Barack Obama recently wrote, in our country “people should be judged on the merits: on the contributions they make in their workplaces and communities, and on what Martin Luther King Jr. called ‘the content of their character.'”

Supporting this bill is simply the right, moral thing to do. All of us should encourage our legislators to stand up for these critical, commonsense protections.

Rev. Leonard B. Jackson is associate minister at First AME Church of Las Vegas, a member of People For the American Way’s African American Ministers in Action, and a Senior Consultant for Justice not Jails.
Distributed via OtherWords (OtherWords.org)