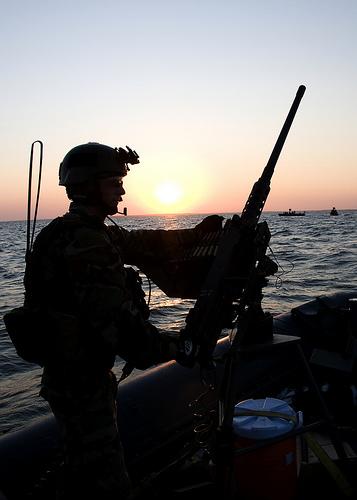 Washington's reaction to 9/11 damaged our country as much as the attacks themselves.
By Jim Cason | August 29, 2011

Tens of millions of people will soon observe the 10th anniversary of the September 11 attacks. In New York City, the names of the nearly 3,000 people who died on that day will be read out loud and Presidents George W. Bush and Barack Obama will join the families of the victims to unveil a new memorial. Obama will also visit the Pentagon, and both he and Vice President Joe Biden will visit the Pennsylvania site where a jetliner crashed after passengers overpowered terrorist hijackers. There will be television specials, opportunities to volunteer, speeches by politicians and more.

The 9/11 attacks shattered my sense of security. When I lived in New York City, I walked through the basement of the twin towers of the World Trade Center nearly every day on my way to work. I was living in Washington, DC when the attacks happened. I can remember joining hundreds of other people looking toward the skies as if we could somehow see the airplane that we all heard was heading our way. 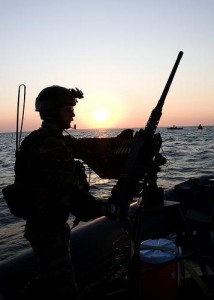 On this anniversary I’ll stand with friends in New York City, reading out the names of people who died that day. I’ll also be mourning the tens of thousands of others around the world who have died since then in the wars Washington launched in response to the 9/11 attacks. As a country, I hope we can do better than that.

On the 10th anniversary of those attacks, we need to ask if the U.S. invasions of Afghanistan and Iraq, the kidnappings on foreign soil that violate international law, and the torture allegedly carried out by the CIA and U.S. government contractors in the name of a broad global war on terror have made our country safer. I believe that they have undermined our security instead.

A decade after 9/11, I don’t know anyone who is confident that the current U.S. war strategy in Afghanistan will produce a stable nation. In Iraq, after agreeing to leave by the end of 2011, the U.S. military is now arguing that maybe they need to stay a little longer. And in the other countries such as Yemen and Somalia where the United States is waging an undeclared war, our military actions are helping extremists recruit new fighters.

Finally, as the world knows today, the man behind the 9/11 attacks wasn’t found in any of the countries the United States has invaded. Eventually, U.S. forces located and killed Osama bin Laden in Pakistan. The Saudi-born terrorist lived his final years in reasonable comfort in a large house near the capital city of one of the closest U.S. allies in the region.

Washington’s reaction to 9/11 damaged our country as much as the attacks themselves. Today, our nation is waging a permanent war that’s taking the lives of our soldiers and draining our treasury. Ten years later, our leaders need the courage to change course. We know that this war without end won’t provide comfort to those of us who experienced 9/11. And, it won’t make our country safer.

So what should we do?

One place to begin would be for Congress to repeal the authorizations for the use of military force that were used to launch the wars in Afghanistan and Iraq and has served as the justification for torture, kidnappings on foreign soil, and covert wars in Yemen and other countries.

Another step would be to insist that the United States complete the withdrawal of U.S. military troops from Iraq and articulate a strategy that will lead to the U.S. withdrawal from Afghanistan.

Congress should pass three bills from Rep. Barbara Lee. The California Democrat has sponsored legislation that would cut off all funding for the war in Afghanistan except that needed to pull out U.S. troops. She has introduced a bill that would require the last U.S. soldier to leave Iraq on schedule by December 31, 2011. Last year, she also introduced a bill to repeal the authorization for the use of military force.

September 11 will be a solemn day. It should also be a turning point toward a new U.S. foreign policy.

Jim Cason is the associate executive secretary for campaigns at Friends Committee on National Legislation, a Quaker lobby in the public interest. www.fcnl.org