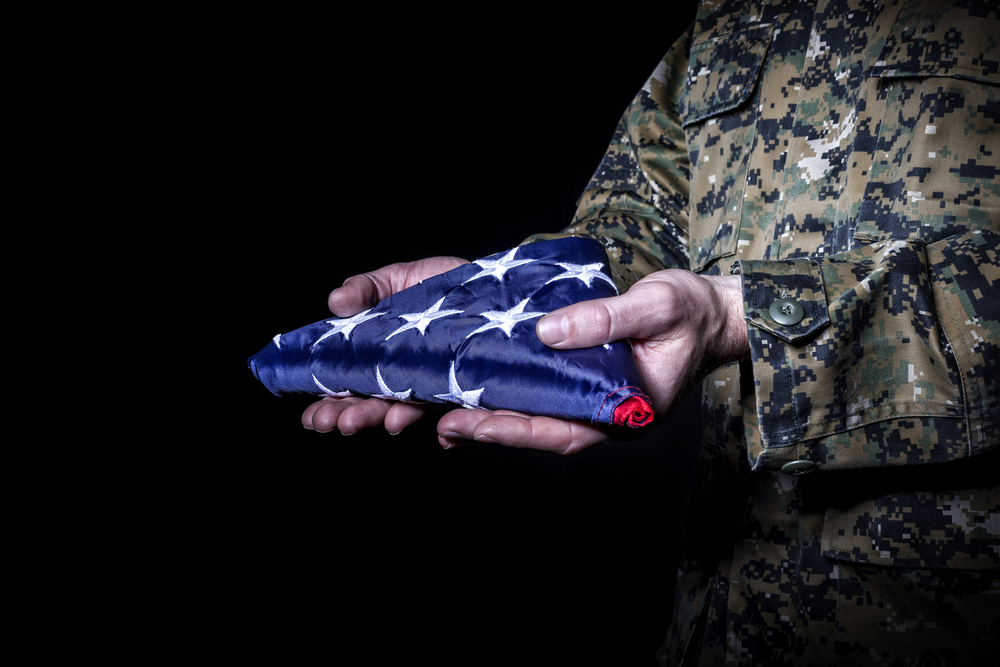 A nation that doesn't remember the people sent to fight on its behalf has no business sending more.
By Stacy Bannerman | October 8, 2018

You’d hardly know it from the news, but we’ve been continuously at war in Afghanistan since 2001. The war quietly turned 17 on October 7.

Eight combat tours — which should be illegal — sent Bolyard down-range repeatedly in a war President Obama purportedly ended over three years ago. A war this country forgot long before that.

A nation that doesn’t remember the men and women sent to fight on its behalf has no business whatsoever sending more. And a democracy that spends more time debating kneeling before the flag than the justification for issuing folded ones desperately needs to get re-acquainted with the Constitution — and its moral compass.

Our loved ones didn’t sign up to serve a president. They signed up to serve the American people, most of whom have no idea what they’re fighting for.

I don’t know, either. Nor do any of the other 4,000-plus members of Military Families Speak Out (MFSO).

We all have spouses, parents, partners, siblings, and children who’ve served in the post-9/11 era. Founded in 2002 by two military families to oppose the invasion of Iraq, our loved ones are still serving there and in Afghanistan.

We’ve spent more than a decade and a half burying children, grieving parents, mourning spouses and siblings, and caring for wounded warriors. We have no more loved ones left to give.

Shame on a country that continues to take our troops to wars long declared done, squandering their service and absolving the collective conscience with two words: “They volunteered.”

The fact that soldiers wear the uniform by choice shouldn’t permit “the American people and their elected representatives to be indifferent about the war in Afghanistan,” retired Lieutenant General Karl Eikenberry told the New York Times.

The former commander of U.S. troops in Afghanistan added: “We continue to fight simply because we are there.”

That “we” is a miniscule 1 percent of the population that’s paying the human cost of this country’s check for war — the democratic equivalent of a dine-and-dash. The body count for U.S. troops in Afghanistan is 2,414, plus more than 20,000 injured. Those figures rise into the hundreds of thousands for Afghan soldiers and civilians.

Then there’s the financial cost: Over $1 trillion, according to TheBalance.com.

Even so, Congress has repeatedly cut taxes, especially for the rich, since the wars began. Our fiscal policy is one of kicking the can down the road to future generations, who are paying enough already for fossil-fueled climate change.

Sixteen of the 17 hottest years on record have occurred since 2001. The massive carbon footprint generated by armed forces in combat zones, a primary institutional driver of global warming, ensures that these endless wars will end up costing everyone.

Our troops and families of veterans pay the price every day. Before our loved ones returned from their first tours, we were told “Combat is a one-way door: Once you walk through it, you can never go back.”

I used to think that only applied to veterans. I know better now.

“It is time for this war in Afghanistan to end,” said General John W. Nicholson recently, as he was preparing to leave the country for the last time. Nicholson had spent a total of 31 months — four tours — in Afghanistan as the commander in charge of a shape-shifting mission.

Stacy Bannerman is the author of Homefront 911 (2015). She’s leading the Heart2Heart Tour (heart2hearttour.org) with Military Families Speak Out, which is calling for an end to America’s longest war. Distributed by OtherWords.org.