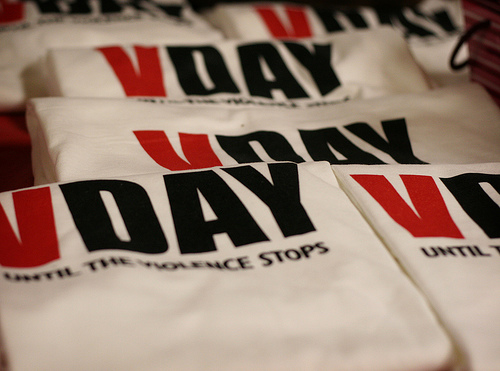 Tomorrow is V-Day, a global mobilization to end violence against women and girls.
By Alana Baum | February 13, 2013

Enough of hearing that my peers just “raped” their final exams.

Enough of being labeled too-politically-correct when I challenge the oversimplification and distortion of a word that is a dark reality for one in six American women.

Enough of having to explain that rape is not just a Law & Order: SVU scenario where a woman is held at gunpoint in a back alley.

And enough of hearing the stories of women I know that are survivors of back-alley rapes.

Enough of the GOP’s attempts to prevent the reauthorization of the Violence Against Women Act, which, among other things, adds further protections for Native American women. Although this measure passed in the Senate on Tuesday, VAWA will face a tougher battle in the House.

One of the bill’s main adversaries is Sen. Chuck Grassley (R-IA). He was among the 22 Republican Senators who voted against the measure. Grassley says it would threaten the “constitutional rights of defendants who would be tried in these tribal courts.” What about the constitutional rights of Native American women who are 2.5 times more likely to be raped than any other demographic group in the United States?

And, more than anything, I’ve had enough of the horrific cases of violent sexual assault that continue to threaten the lives of women all around the world.

In December, a 23-year-old woman was gang raped on a moving bus in Delhi in an attack so brutal that she later died. 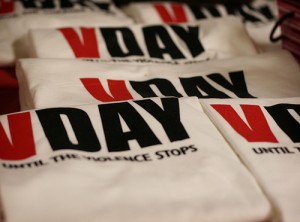 According to national statistics, two women are sexually assaulted in India every hour. And these are just the reported crimes. A number of roadblocks stand in the way of justice: unrecorded medical evidence following cases of sexual assault, police that disregard rape complaints, and the vile suggestion that women marry their rapists in order to preserve their “honor.”

And stories are still surfacing about the rampant sexual attacks that took place in Tahrir Square during the early days of Egypt’s revolution and are continuing to take place at protests in Cairo.

On January 25, “the square witnessed nineteen cases of assault, including six in which women sustained knife wounds requiring medical care,” writes Heba Saleh, the Cairo correspondent for the Financial Times. While Egyptian feminist groups and allies are seeking to raise awareness and secure protective measures, public figures are reinforcing the problem. Salafi preacher Ahmad Mahmoud Abdullah said last week that female activists show up to protests because they want to be raped.

These atrocities have gained enough media attention to stir our global consciousness from slumber. But they also speak to an epidemic of violence that runs much deeper.

Tomorrow is Valentine’s Day. But it’s also V-Day, a day of global mobilization to end violence against women and girls everywhere.

There will be strikes, rallies, protests, and flash mobs tomorrow in cities all around the world. I ask that you join me in standing up to demand an end to this brutality.

This isn’t just a cause for women. Nor can it afford to be. This cause must lead to action not only by women, but by men. Not only by survivors of sexual assault, but by allies. Not only by the young, but by the old. Not only by college students, or feminists, or members of Congress, or religious leaders, but everyone. Neither the problem of violence against women — nor its potential solutions — will be apparent until we take collective action.

I’ve had enough. If you’ve also had enough, it’s time to let the world know.

Alana Baum is an undergraduate at the University of California, Berkeley, and anOtherWords intern at the Institute for Policy Studies. OtherWords.org