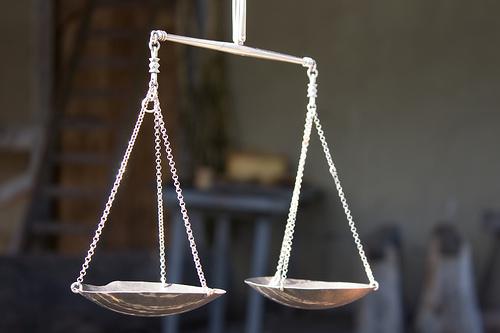 Equal Taxation for Wealth and Work

Windfalls from gambling in the Wall Street casino should be taxed at the same rate as wages.
By Gerald Scorse | November 7, 2011

America’s No. 1 problem is sluggish job growth. No. 2 is the explosive growth in the income gap between the favored few and the broad middle class. Fairly taxing income from wealth could make progress on both fronts.

President George W. Bush slashed the tax on long-term capital gains and dividends to 15 percent. By comparison, the federal income tax alone is 25 percent on the wages of middle-class workers. Including payroll taxes and Medicare, income from work is commonly taxed at more than twice the rate as income from wealth. 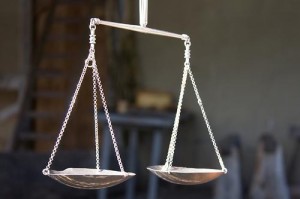 Wall Street justifies the capital gains tax break by claiming that investments in the stock market create jobs and grow the economy. But for all but a trace amount of the billions of shares that change hands every day, that’s patently untrue. Almost none of the money that flows through Wall Street goes to companies or grows jobs. It simply makes the rich richer.

Except for the exceptions.

Small companies with big dreams use initial public offerings (IPOs) to help turn those dreams into reality. IPOs can act as booster rockets for start-ups and even bigger firms. Later on, secondary offerings can raise capital for further expansion.

Investing in offerings like these really can spur growth. The money goes not into portfolios but to the companies that create jobs. Our tax code should reward job creation by distinguishing between investments in these companies and investments that do nothing to boost the economy. Capital gains from investing in companies that create jobs should be tax-free. Windfalls from gambling in the Wall Street casino should be taxed at the same rate as ordinary income.

There’s a precedent for taxing capital gains at the same rate as wages — from GOP patron saint Ronald Reagan.

Reagan’s Tax Reform Act of 1986 levied equal taxes on income from work and income from wealth like capital gains and dividends. In exchange, Reagan won marginal rate cuts and a reduction of tax brackets, two changes that shrank tax bills for the wealthiest Americans. His speech at the signing ceremony called the bill “a sweeping victory for fairness” and “the best job-creation program ever to come out of the Congress.”

Reagan’s basic tradeoff — lower marginal rates in return for equal taxes on all income — mirrors the proposals from the two deficit-reduction bodies that weighed in late last year. President Barack Obama’s fiscal commission (led by Alan Simpson and Erskine Bowles) and a plan from the Bipartisan Policy Center (led by Alice Rivlin and Pete Domenici) both called for lower marginal rates. Likewise, both came down in favor of equal taxes on all forms of income.

Now, a special bipartisan panel comprised of a dozen lawmakers is charged with putting America’s fiscal house in order. The “supercommittee” has an extra incentive: the deal that raised the national debt ceiling mandates across-the-board spending cuts unless ways are found to narrow the budget deficit by at least $1.2 trillion over the next decade.

The supercommittee should embrace fairness by taxing income from wealth and income from work at the same rate. IRS figures indicate that this single reform, in a good market year, could easily net the Treasury over $100 billion. Note to those members of Congress tasked with shrinking the deficit: That’s an extra $1 trillion over 10 years.

And while many tax breaks ought to be axed, there’s one exception that deserves to be put in place. Capital gains from investments in job-creating IPOs and secondary offerings should be made tax-free.

Just like that, America could attack its two biggest problems.