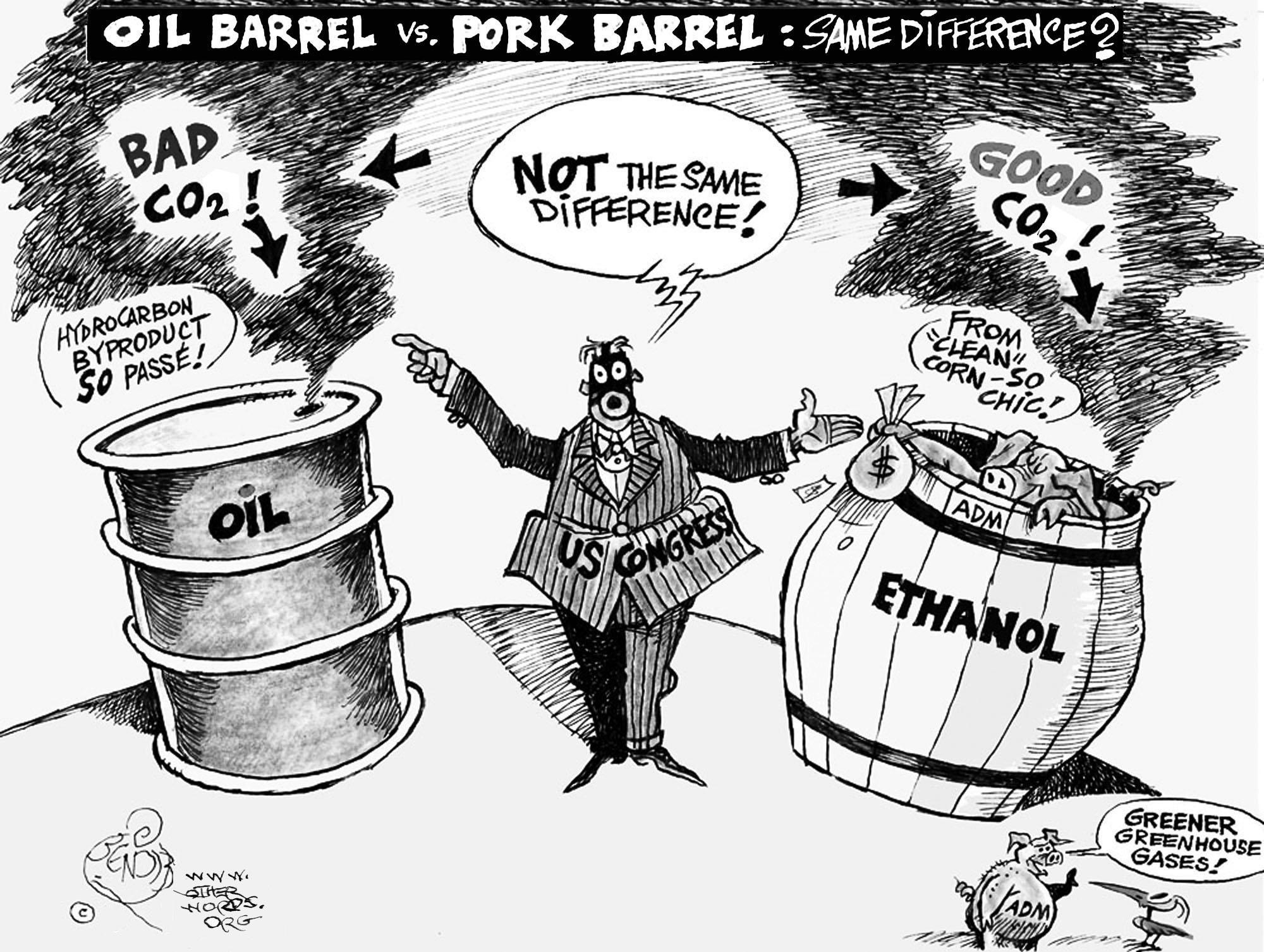 Evidence is mounting that corn ethanol and other basic biofuels are actually worse for the environment than the fossil fuels they're supposed to replace.
By Marie Brill | December 20, 2010

Who needs $6 billion? I do! Especially during the holiday season when I try to balance my budget and ever-growing Santa wish lists.

I can also tell you who doesn’t need $6 billion this year: big oil and gas conglomerates. They just got a little extra via the Volumetric Ethanol Excise Tax Credit (VEETC). If you can believe it, this tax credit–one of the best examples of wasteful spending out there–was attached to the tax cut deal President Obama negotiated with Republicans.

U.S. taxpayers will initially bear this boondoggle’s cost. Ultimately, the poorest people around the world–and our planet itself–will pay the bigger price. 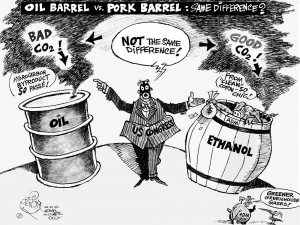 Once thought to be a promising renewable fuel, evidence is mounting that corn ethanol and other basic biofuels are actually worse for the environment than the fossil fuels they’re supposed to replace. When you take into consideration the impact on the land and the deforestation that results from biofuel-driven agriculture, you see a rise in greenhouse gases.

And, if the BP oil disaster weren’t enough, runoff from the fertilizers used to grow biofuel crops has contributed to the “dead zones” along the Gulf Coast. Hasn’t the Gulf suffered enough without another environmental threat?

Industrial biofuels aren’t just bad for the earth. Biofuels, including corn ethanol, have contributed to the rollercoaster ride that corn prices have been on over the past few years. This volatility isn’t good for anyone–neither for the independent corn-growing farmers in Iowa, nor for the smallholder farmers in Mozambique.

Even though prices went down, many are still feeling the impact of that price hike. Perhaps you know someone who will have to fast, not feast, this holiday season because they lost their job and can’t afford the grocery bill. In many countries around the world, growing numbers of smallholder farmers won’t feast this season because they lost their land to industrial biofuel farms in flagrant land grabs. As a result, they can no longer produce their own food nor afford to buy it.

Headlines in the Financial Times, The New York Times, and other publications point to another food price crisis in 2011. And, experts at the International Food Policy Research Institute warn that food crises could soon begin to occur more frequently without changes in the global food system. This information should compel Congress to question the outrageous federal biofuel targets and re-evaluate the costs and benefits of converting food to fuel.

Instead, our lawmakers have handed the biofuel industry a $6 billion giveaway through the ethanol tax credit. Ethanol advocates claim this money supports job growth, but this subsidy will barely make a dent on our stubbornly high unemployment rate. It may hardly even boost ethanol production.

The $6 billion cost is higher than the savings from President Obama’s two-year federal pay freeze. According to the Government Accountability Office, not a penny of this subsidy goes directly to helping farmers. This industry giveaway goes to gasoline refiners who blend corn ethanol into gasoline, but it will trickle down to pad agribusiness profit margins at the expense of America’s bottom line.

I have two kids, and my family had to make hard choices during this holiday season. I expect my member of Congress to do the same, and next year choose to use my taxpayer dollars for renewable energy sources that actually protect the planet without putting poor people at risk of hunger.

Marie Brill is a Senior Policy Analyst at ActionAid USA. ActionAid is an international anti-poverty agency working in 50 countries, taking sides with poor people to end poverty and injustice together. actionaidusa.org