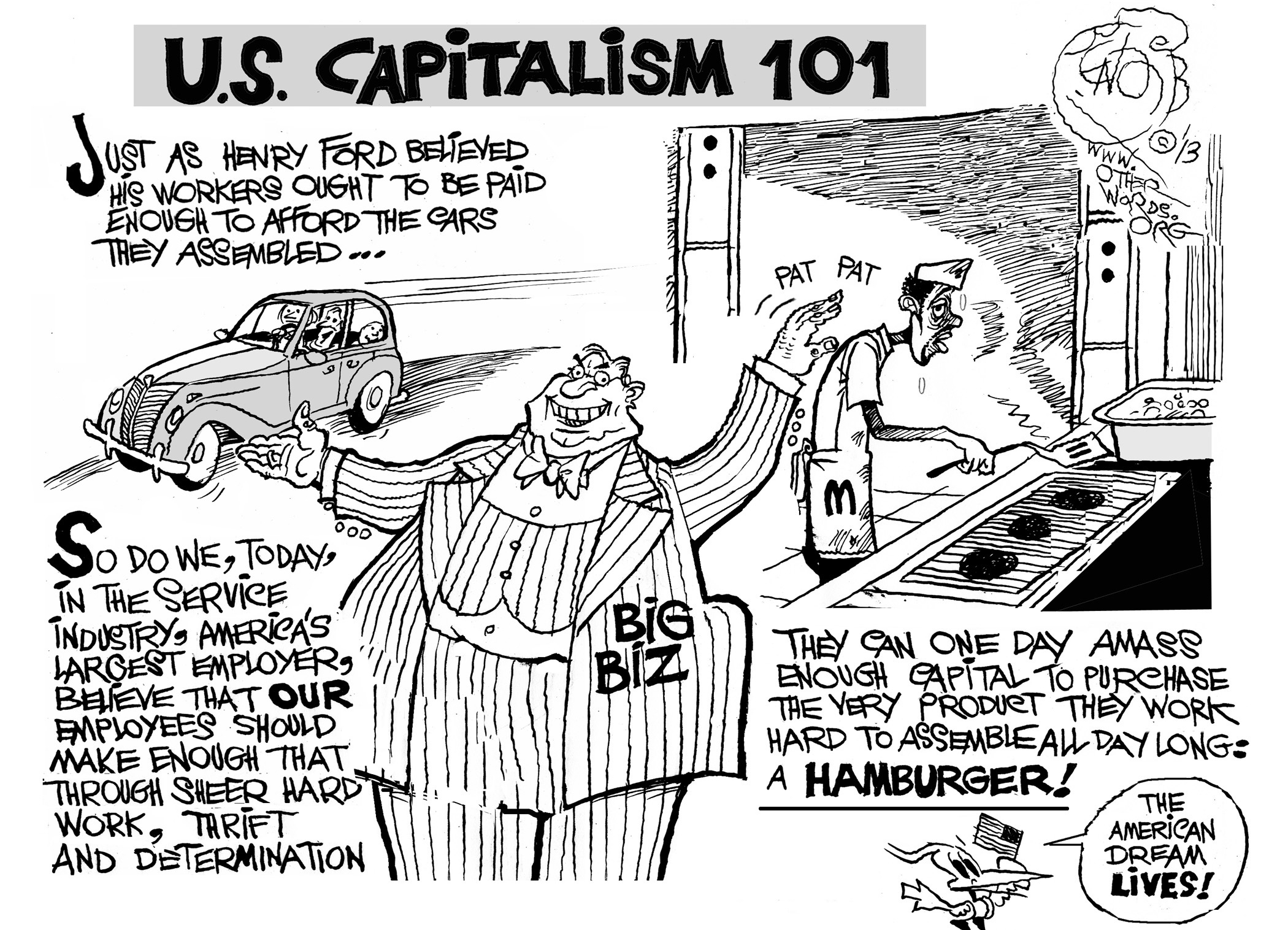 The State of Worker Purchasing Power, an OtherWords cartoon by Khalil Bendib

Every Day is May Day at McDonald’s

Where is the intellectual heir to Henry Ford, the great entrepreneur and inventor? He hated unions but famously boosted his workers’ pay so they could afford to buy the cars they built.

There are far more jobs now assembling burgers than cars. And the people who run fast food chains are doing their best to ignore the growing calls for paying their workers more than starvation wages.

But it’s getting harder to swim against the rising tide of the Fight for 15 movement, which demands a living wage for fast food work. 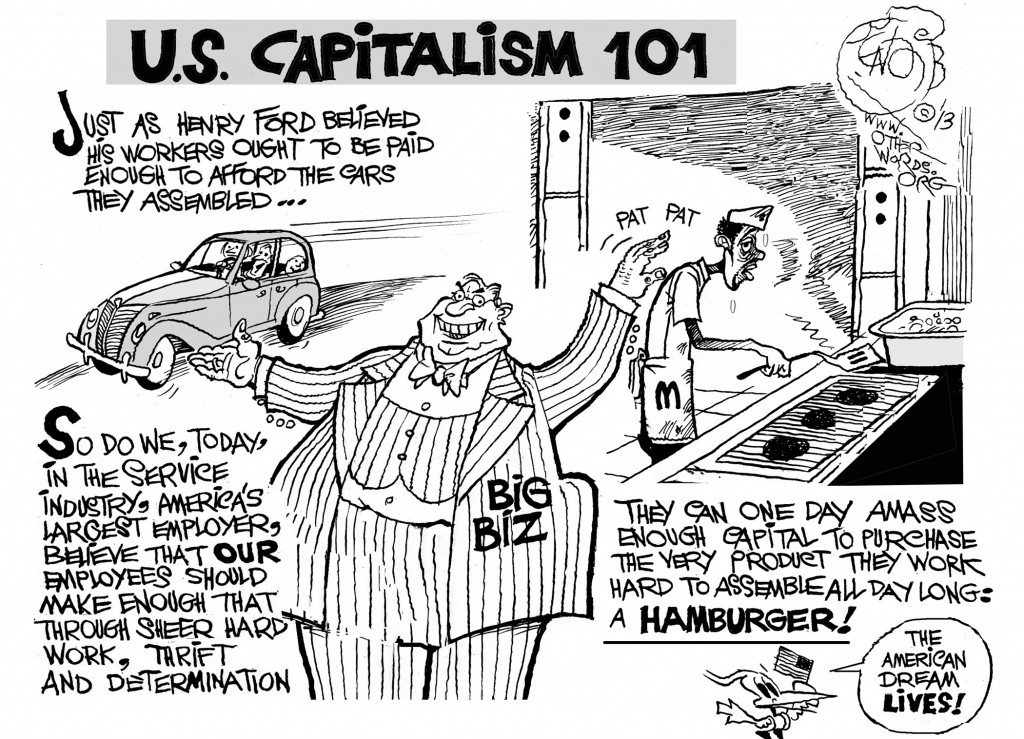 The State of Worker Purchasing Power, an OtherWords cartoon by Khalil Bendib

Just ask McDonald’s USA President Jeff Stratton, who recently had to find some way to respond to Nancy Salgado. She’s the McDonald’s worker who barged into a fancy luncheon a few weeks ago to demand that he answer a burning question.

“Do you think this is fair that I have to be making $8.25 when I’ve been working at McDonald’s for 10 years?” the mother of two asked in a confrontation captured by a video that went viral. “I’ve been there 40 years,” was his irrelevant answer.

Life’s not going so swimmingly for the middle class either. We still do have one, but it’s shrinking as median income stagnates. While the rich have gotten richer and richer, a typical American household took home less money last year than it did in 1989.

And have you ever noticed that while the United States supposedly celebrates our workers on Labor Day in early September, the rest of the world does this on May 1?

This is either ironic or absurd, since May Day marks the anniversary of the bloody Haymarket clash in 1886. The ruckus began when labor activists in Chicago went on strike to press their then-radical demand for an eight-hour workday.

This calendar conundrum was no accident. Bureaucrats and managers deliberately tried to keep our workers from sharing any global pangs of solidarity, lest they be tempted to make common cause across borders.

The rich and comfortably employed have a stake in this too, because abusing workers hurts the economy. It’s a simple matter of supply and demand.

When workers’ wages are so low that they lack any discretionary income, they don’t buy much. Consumer spending evaporates.

Today, with all national income growth vacuumed up by the top 1 percent and 46 million of us living in poverty, this is clearly the case.