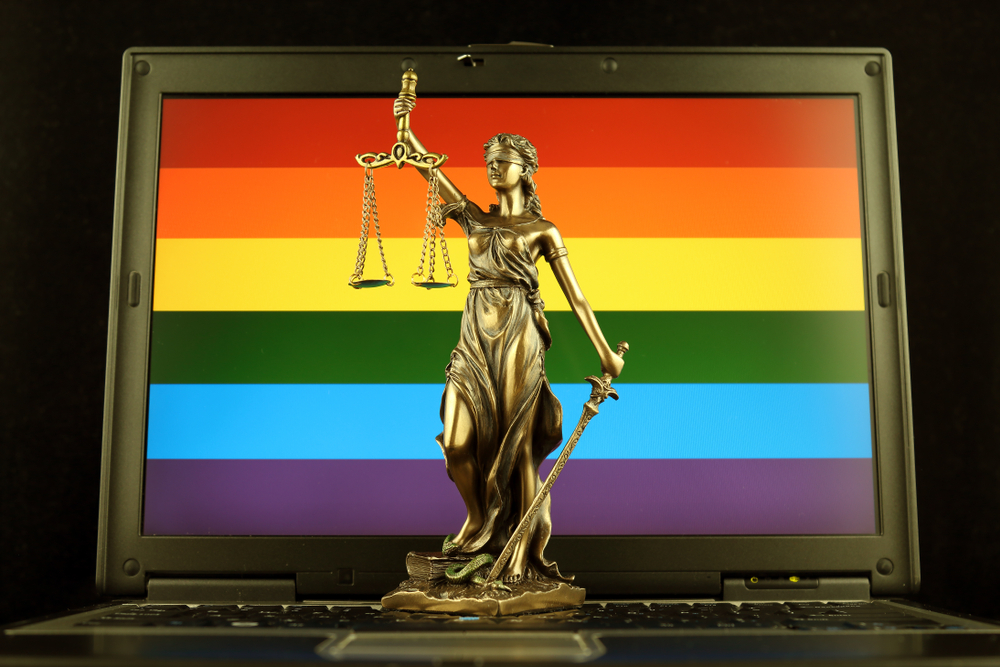 Everyone Deserves Full Protection under the Law

Our country has made significant strides in advancing LGBTQ+ rights over the last 15 years.

The 2015 Obergefell v. Hodges ruling affirming marriage equality offered millions of Americans something to be proud of. But that historic moment didn’t erase years of hate or stop the daily mistreatment that many LGBTQ+ people face. Nor did it mean that LGBTQ+ people were suddenly equal under the law.

The Civil Rights Act of 1964, which protects people from discrimination on the basis of race, color, religion, sex, and national origin, was a hard-fought win that we must vigorously defend. But clear federal protections for sexual orientation and gender identity are still largely absent.

Anti-LGBTQ+ discrimination has come into even sharper focus since President Trump was elected. We saw a series of policy attacks on LGBTQ+ people during Trump’s first 100 days in office, and it’s only gotten worse in the two years since.

The Supreme Court refused to take a clear and broad stand against discrimination in 2018 in the Masterpiece Cakeshop case involving a gay couple whose request for a wedding cake was rejected by a Colorado baker. And LGBTQ+ people in many states today still aren’t fully protected against employment discrimination.

The Equality Act adds sexual orientation and gender identity as protected characteristics under such federal laws as the Civil Rights Act, the Fair Housing Act, the Equal Credit Opportunity Act, and the Jury Selection and Service Act.

It’s not just about jobs — it’s about basic security and dignity.

For instance, nearly a quarter of transgender people report discriminatory evictions or denials of housing, and more than a quarter of those who experience homelessness have avoided shelters because they fear mistreatment. Indeed, 70 percent of those who do go to shelters report anti-trans mistreatment. Adding gender identity to the Fair Housing Act will give them a place to turn for basic legal protections.

The Equality Act also updates the definition of public accommodations — that is, places where people can’t be barred from on a discriminatory basis — to include more public services that better reflect how people participate in today’s society.

This means that gender identity and race could not legally prevent, for example, a transgender woman from using a ride share service or hailing a cab, or a Black man from picking up groceries at his neighborhood shopping center.

Of further importance, the Equality Act would answer those who claim that federal law gives them a license to discriminate.

As LGBTQ+ rights, reproductive freedom, and affordable health care have spread across the country, so have cases like Hobby Lobby v. Burwell and Zubik v. Price that question whether federal law allows folks to claim “religious freedom” in order to harm others, discriminate against them, and take away rights.

Rabbi David Saperstein, a renowned leader on faith, religion, and social justice, notes that the federal Religious Freedom Restoration Act that he helped pass in 1993 was never meant to limit other people’s core civil rights. Twenty-six years later, we find ourselves at a crossroads where we must once again make that clear.

Our country is far from fulfilling the lofty promises on which it was founded. It’s time to stand up to bigotry and take a strong stand not only for LGBTQ+ rights, but for racial justice, disability justice, and justice for all of us. Every American deserves full and equal rights under the law.

Jen Herrick is the senior policy analyst at People For the American Way. Distributed by OtherWords.org.