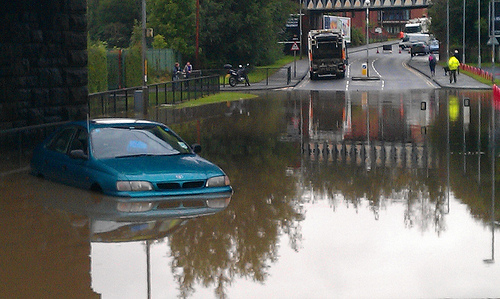 Obama must either ditch his all-of-the-above energy strategy or forget about leaving a climate-healing legacy.
By Janet Redman | January 29, 2014

If President Barack Obama wants to make action on climate change a legacy of his administration, he better do a lot more in the next three years than his lackluster performance in this year’s State of the Union address.

Instead of outlining an approach to build a strong economy for shared prosperity, grounded in physical reality, he doubled down on his tired “all of the above” energy strategy that no one (at least no one that takes climate change seriously) can get behind. 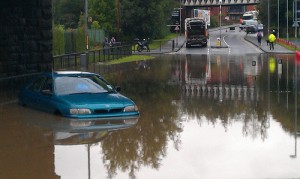 I know it’s a bummer we can’t have everything all the time. I mean, I’d love to drop 20 pounds on the Ben & Jerry’s ice cream diet. But it doesn’t work that way. As Obama said “we have to make tough choices.” When the way we act is at odds with the outcomes we want, we have to stop what we’re doing and change course.

Obama can’t be the climate president and celebrate the fact that we’re sucking more oil out of the ground than we have in two decades. He would have made progress toward that title if he’d finally killed the Keystone XL pipeline last night. Instead, he didn’t even mention the controversial project.

And he can’t hope to stave off more climate disruptions like the floods, fires and droughts already hitting communities across the U.S. and keep throwing his weight behind natural gas fracking.

Here’s the reality that the administration can’t seem to face: Natural gas isn’t a bridge to the future. It’s more of the same.

Natural gas is a fossil fuel, so it releases carbon dioxide when it’s burned to generate power. But even worse for the climate, drilling leaks methane — a greenhouse gas with 34 times the global warming potential of carbon dioxide. That means the difference between burning coal and natural gas would be negligible and that the emissions reductions he cited evaporate.

And the kicker is that the pollution standards Obama directed the Environmental Protection Agency to draft for new power plants wouldn’t actually result in any pollution reductions from gas-fired plants.

On the international front, it’s much of the same. Obama tipped his hat to Power Africa, an initiative he announced on a trade mission to Sub Saharan nations where massive oil and gas fields have recently been discovered. He says the initiative is about energy access and ending poverty, but the International Energy Agency asserts that mini- and off-grid renewable energy alternatives like solar and wind power are the lowest-cost option to reach the vast majority of energy poor families. A little disturbing, then, that Power Africa is poised to support — you guessed it — natural gas.

So I don’t get it. Obama said he wants to quit giving the oil, gas and coal industries $4 billion a year of taxpayers’ money, but he also promised to “cut the red tape” for fossil-fuel infrastructure expansion and help businesses invest billions in dirty energy at home and overseas.

If he was serious about investing in a clean energy future, he would have talked about divesting from dirty energy — something UN Secretary General Ban Ki Moon, World Bank president Jim Kim and UN climate convention chief Christiana Figueres have each called for in recent days.

I wish he had used last night’s address to outline a concrete commitment to shift resources to solar and wind power, reduce overall energy consumption, and break the stranglehold of moneyed fossil fuel interests on government efficiency to build shared prosperity in all of our communities.

While I applaud Obama for pushing back against anti-science climate deniers from the irresponsible right, he still has his head in the sand. To be remembered as a leader on climate, Obama must abandon his inherently contradictory strategy that works at cross-purposes and direct his attention toward building a climate-resilient new economy powered by renewable energy.