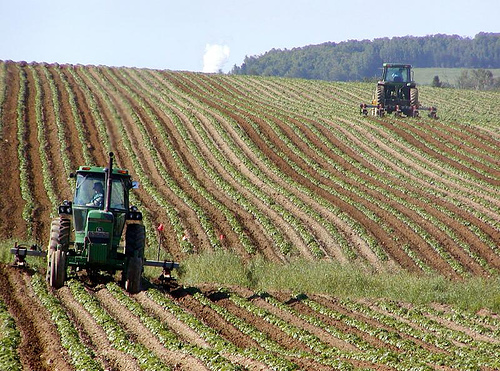 It's a time-honored tradition in Washington to do as little as possible and look good while (not) doing it.
By Ryan Alexander | May 22, 2013

This financially costly phenomenon struck when both the House and Senate Agriculture Committees recently passed their versions of the Farm Bill. Instead of debating where to trim the nearly $1 trillion price tag of our current farm policies, members dragged their feet, loaded up on special interest giveaways, and actually made their draft bills even worse.

As soon as they’d finished, committee members patted themselves on the back for saving taxpayer dollars. But much of the claimed savings — $24 billion in the Senate draft, $38 billion in the House’s version — is fake. 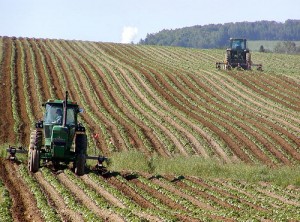 While actively working to undo the automatic across-the-board cuts taking place, they tooted their horns for $6 billion already baked in by these cuts. Even worse, both bills squander a potential $5 billion in yearly savings from ending direct payments. That “temporary” program created in 1996 aids particular farmers regardless of how their crops fare or price out.

Everyone from President Barack Obama to House Budget Chairman Paul Ryan (R-WI) agrees direct payments should end. But Ag Committee members just can’t let go of the cash. And, all promises aside, the last two Farm Bills cost more than $400 billion more than they were supposed to. There’s no reason to think this one’s any different.

Opposing common-sense savings is bad enough, but the bills also revive zombie policies. Miss the Cold War debate between the free market and command-and-control economies? Well, both committees decided to revive it by having the government guarantee prices, leading former Senate Agriculture Committee Ranking Member Pat Roberts (R-KS) to label the legislation as “not a reform bill [but] a rear-view mirror bill.”

Since having Congress set crop prices sounds a little too non-capitalistic, they’re white-washed with family-friendly names such as Price Loss Coverage (PLC) by the House and Adverse Market Payments (AMP) by the Senate.

Back to those direct payments. Turns out they aren’t actually dead. The ostensibly conservative House actually keeps them on life support for two more years, but just for cotton producers. They promise. Just two more years, then they’ll go clean.

The committees went one step further and actually removed some of the few taxpayer-friendly provisions that were in the bills they debated last year. The committee deleted a measure by fiat that modestly reduced insurance subsidies to any farm business with more than $750,000 in income, after taking into account write-offs and other adjustments. But even this small step in the right direction, which the Senate passed, was too much for the Senate Agriculture Committee, which stripped it without debate.

Another amendment to eliminate a duplicative office for catfish inspection — there’s one in both the FDA and the USDA — so noncontroversial it was adopted by voice vote last year, was stripped in the Senate after backroom bargaining between the Chairwoman Debbie Stabenow (D-MI) and the new minority Ranking Member, Thad Cochran of Mississippi. His state just so happens to produce over half of the catfish in the nation and is in an ongoing trade war with foreign catfish producers.

It’s a time-honored tradition in Washington to do as little as possible and look good while (not) doing it. But some traditions need to be put to pasture.

With $17 trillion in debt, the agriculture economy experiencing near record profits, and budget cuts being implemented, it’s time for agricultural special interests to wake up to fiscal reality and pull their weight. When these bills move to the House and Senate floors, taxpayers need fiscal champions to step up and demand real savings in Washington’s bloated agriculture policy.