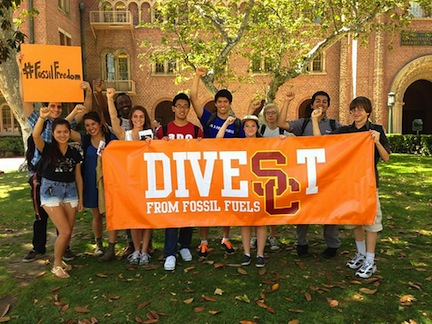 On Nov. 26, a group of witnesses, citizens, journalists, and elected officials filed into a public hearing in Washington, DC on how the government might divert taxpayer dollars from supporting the most polluting fossil fuel companies.

Are you surprised? Do you think our do-nothing federal legislators are too gridlocked to take meaningful action on climate change and carbon pollution? 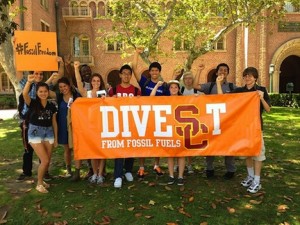 The hearing in question was local, not federal. It was held by the D.C. City Council’s Committee of the Whole, which invited citizens to debate a proposal to divest the top 200 oil, gas, and coal companies from the investment portfolio of the nation’s capital.

D.C.’s local government, which probably will vote on the measure in 2014, is hardly alone.

With the introduction of the Fossil Fuel Divestment Act of 2013, Washington, D.C. became just the most recent municipality to consider divestment. More than 20 U.S. cities have already made formal commitments to divest, along with various universities and religious institutions.

Real money is at stake. The District’s pension fund assets for the capital city’s firefighters, police officers, and teachers totaled $4.5 billion in 2011.

These groups have their sights set on the future, not just environmentally, but financially.

Over the long term, as the effects of climate change worsen, and more world governments adopt carbon pollution limits, the resources counted as assets by fossil fuel companies will become liabilities. Studies by numerous analysts, including the London School of Economics, the Aperio Group, HSBC, and Impact Asset Management, demonstrate fossil-fuel-company overvaluation of up to 60 percent.

To pull the plug on fossil fuels in our own lives, there are a number of steps we all can take.

1) Divest: If you invest directly in the stock market, you can find the list of the top 200 fossil-fuel companies published by the nonprofit organization 350.org at gofossilfree.org/companies, and sell your stock. If you divest, studies have shown the impact on portfolios often to be minimal. In fact, in its research on university fossil-fuel divestment campaigns, the research firm S&P Capital IQ reported that by one measure, college endowments would have seen greater returns if they had divested 10 years ago.

3) Shift your bank accounts and credit cards: Even if you’re not an investor, if you have a bank account, your money could still be used to prop up fossil fuel companies. For example, according to BankTrack, in 2012, JP Morgan Chase, Bank of America, and Citigroup and together provided nearly $8 billion in funding for the coal industry, including incredibly destructive and polluting mountaintop-removal coal mining. Find banks and credit unions with a commitment to local community-development lending at cdbanks.org and cdcu.coop.

4) Help your hometown, university, or religious denomination divest: Find ongoing campaigns like the one in Washington, DC, or start your own, at gofossilfree.org.

In November, the Philippines’ lead negotiator to the UN Climate Summit in Warsaw tearfully begged the assembled governments to take action on climate change, one week after the strongest typhoon ever to make landfall wiped out a huge swath of his home country.

In 2014, despite the lack of action by Congress, we can all take up his challenge.