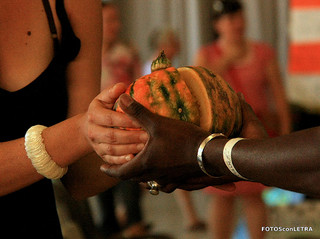 Every October, world leaders and corporate executives gather in Iowa to present the World Food Prize. Intended to celebrate those who make the largest contributions to increasing the world’s food supply, the recipients are announced each year by the U.S. Secretary of State.

On the same day that award is bestowed each year, so is another one. It’s less well-known but, in my view, far more important. 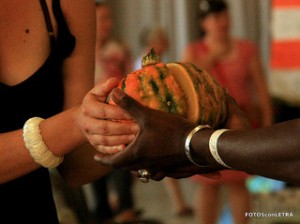 This alternative accolade is called the Food Sovereignty Prize. Like the World Food Prize, it deals with food and hunger, but in a very different way.

The corporations that fund the World Food Prize may not entirely drive its agenda, but they certainly influence it. By focusing on the sheer volume of food in the world, they aim to reduce global hunger to a simple matter of science. Then they sell us on the idea that we need their products to increase the amount of food farmers harvest from each acre.

When a farmer produces an extra ten bushels of crops from each acre of land, perhaps more people will eat — or maybe not. Americans don’t have to travel around the world to see this, we must only ask our grandparents. During the Great Depression, farmers grew a great surplus of food, and food prices crashed. Both farmers and consumers suffered, as farmers went into bankruptcy while the urban poor starved.

Today, we grow more food than we need — and then throw 40 percent of it away. Meanwhile, many Americans can afford to eat enough calories but only by buying cheap junk food that will ultimately make them sick. And that’s just in America, a wealthy nation. What about poor countries?

Smallholder farmers from around the world came together in 2007 and dreamed of “a world where all peoples, nations and states are able to determine their own food producing systems and policies that provide every one of us with good quality, adequate, affordable, healthy, and culturally appropriate food.” They called this idea “food sovereignty.”

In the U.S., food sovereignty means that a North Carolina family won’t wake up one day to find out their property value has tanked because a factory hog farm set up shop next door and the air smells like manure day in and day out. Or a small farmer in Maine who raises a few chickens for meat won’t be told that she can’t slaughter and sell them unless she first spends $30,000 on a government-approved facility for this purpose.

In the rest of the world, it means that peasant farmers who have farmed their family’s land for generations but lack formal land titles won’t have their land sold out from under them to a foreign corporation by their own government. And it means that indigenous farmers in the Andes will not suddenly find that they can’t grow their traditional potato varieties because the climate changed.

Why are world leaders rubbing elbows with corporate executives at the World Food Prize ceremony instead of the Haitian peasants who won the Food Sovereignty Prize? Perhaps because advocates of food sovereignty understand that achieving their goal will upset the social order in which the 1 percent holds all the cards and the rest of us hope to be trickled down upon.

And yet, if we aim to make any real progress toward ending poverty and hunger, we must start by challenging the inequality in our world today.