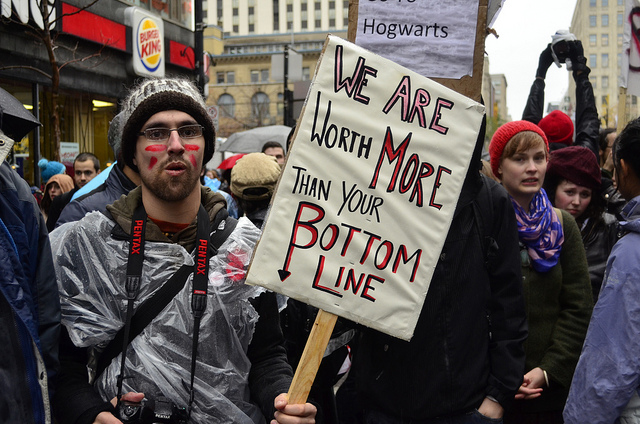 This corrupt higher education "industry" ought to be put out of business.
By Jim Hightower | December 30, 2015

The nation’s for-profit, private college industry is a study in horror.

Start with the fact that it actually calls itself an “industry.” Excuse me, but education is a social investment — not an industrial product.

Next, this so-called “private” industry depends almost wholly on government money. It generates practically none of its revenue from the free market. Instead, it cons students into taking expensive government-backed loans to invest in educations that seldom deliver increases in their earning potential.

“For-profit” colleges are just that. They maintain that their obligation isn’t to serve students or society, but to deliver profits to their corporate shareholders. These things are scandal machines, as proven by the latest for-profit college conglomerate to be exposed as a fraud. 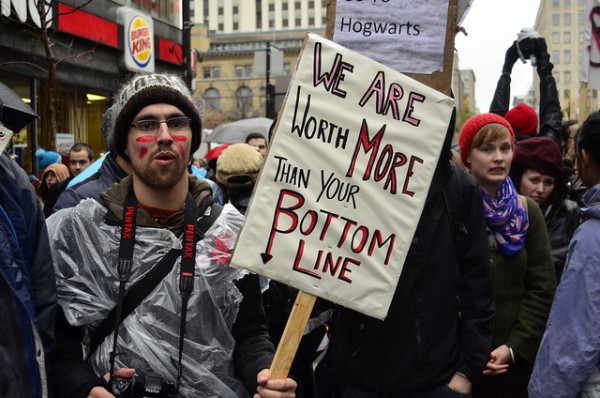 EDMC has been sucking up more than a billion dollars a year from these students, who generate some 90 percent of its revenue. But its courses are mediocre to worthless, leaving graduates in unbearable debt and unable to get jobs with salaries high enough to pay off their loans.

Bear in mind that this sleazy fraud isn’t the work of some fly-by-night hucksters. EDMC is largely owned by Wall Street giant Goldman Sachs.

Thanks to some former students and a couple of corporate whistleblowers, EDMC has now been exposed and is paying a price for its extortion. Its stock price has fallen from $22 a share to — get this — 9 cents. And it’s also been hit with a $90 million federal penalty for fraud.

The whole system of corrupt for-profit colleges ought to be put out of business.