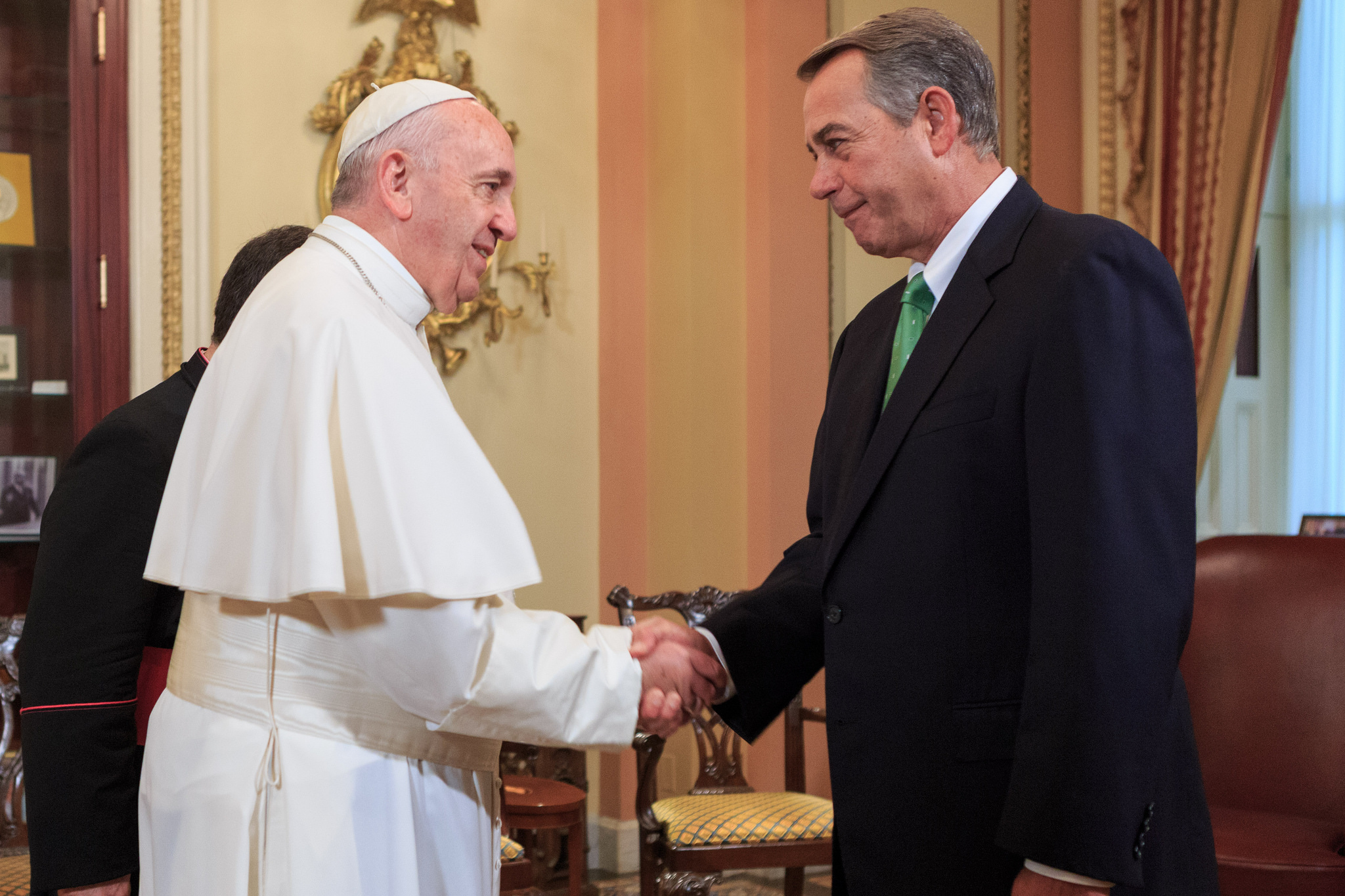 Francis Gets Served the House Specialty

With his gentle grace, disarming humility, and penchant for saying “God bless America” like he means it, Pope Francis appeared to sweep Washington off its feet. Cheering throngs accompanied his every move. The powerful and powerless alike made a fuss.

Take Senator Lisa Murkowski, an Alaska Republican who cherishes the oil industry. She swooned over “the love that this man radiates” after Francis blessed her rosary beads.

Francis had just counseled Murkowski and her colleagues to safeguard “our common home” and “avert the most serious effects of the environmental deterioration caused by human activity.” The pontiff also told U.S. lawmakers: “I am convinced that we can make a difference and I have no doubt that the United States — and this Congress — have an important role to play.” 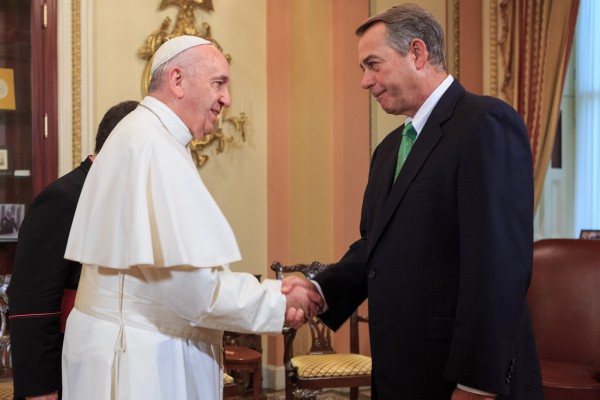 After mopping up the tears he cried in the pope’s presence a day before he would say Francis inspired his resignation, John Boehner sounded constructive. “With great blessings, of course, come great responsibility,” the House Speaker said. “Let us all go forth with gratitude and reflect on how we can better serve one another.”

So what did lawmakers do that day in the House of Representatives?

This measure would arbitrarily restrict environmental reviews for pipelines, dams, and other big federally funded infrastructure while choking off input from the general public. The bill would also bar federal authorities from considering the “social cost of carbon” — climate change — when deciding whether to greenlight these projects.

President Barack Obama has said he’d veto this ploy if it ever cleared both chambers, and experts don’t expect it to become law. Yet when Representative Thomas Marino, a Pennsylvania Republican and a Catholic, took the House floor to urge RAPID’s passage “to get this country working again,” he sounded serious.

Representative Hank Johnson was aghast. “Not only would this Republican bill have the fox guard the henhouse, it would have him install the chicken wire as well,” Johnson said. The Georgia Democrat, who happens to be Buddhist, reminded his colleagues that the pope had just asked them to protect the environment a few hours earlier.

The House passed the bill the next day in a vote largely split along party lines. A related Orwellian-named measure, the Federal Permitting Improvement Act, awaits Senate action. Technically, both bills would undermine the National Environmental Policy Act, known as NEPA.

Congress couldn’t have chosen a worse way to snub Francis.

After the address and before the pope floated off to his next engagement — lunch with 300 homeless people — the pontiff stood on the Capitol balcony, Evita-style. As he blessed everyone gathered before him in Spanish, I stood there thinking that we must have looked like a mass of multi-colored specks.

Yet Francis expressed a belief in our collective power by asking us all to pray for him. Sensitive to the existence of America’s growing population of non-believers, he suggested that people “send good wishes” his way if praying wasn’t their thing.

Maybe the pontiff should have asked us to pray for something else: that Congress might actually listen to a word he’d just said.