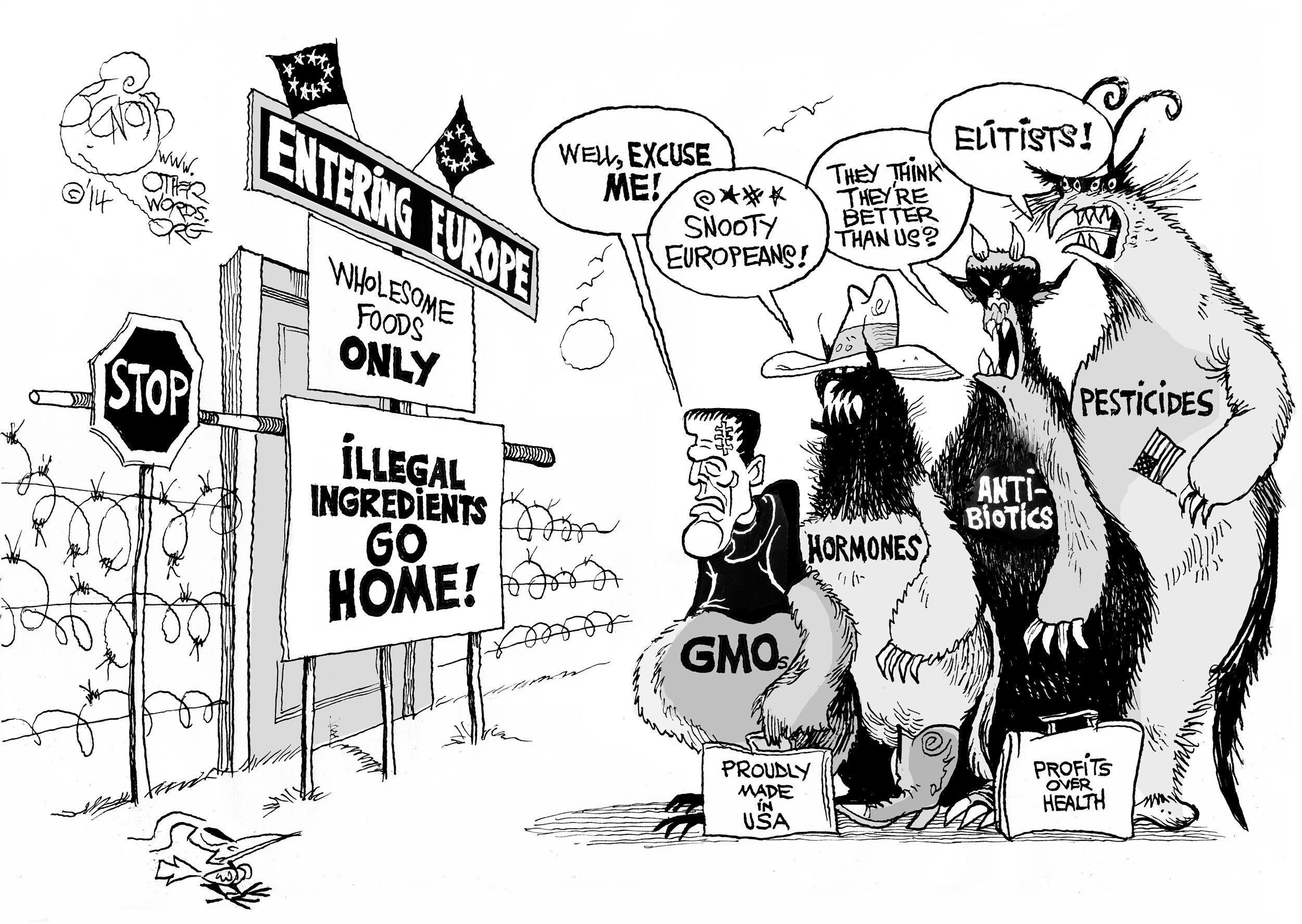 Free to Eat Whatever You Want

There are clear reasons that food is safer in Europe than the United States.
By Jill Richardson | June 11, 2014

My neighbor just left to spend the entire summer in Europe.

He’s the guy with a highly restrictive diet I recently wrote about, with countless food intolerances that his “nutritionist” detected using dubious testing methods. I haven’t had the heart to tell him she’s a total quack. I think on some level, he wanted to hear that he couldn’t eat half the foods on the planet.

But I also feel for him. He’s going on the trip of a lifetime to a place with incredible food. What if he won’t eat it?

The day before he left, I asked him what he’ll do on the trip. He told me he plans to eat everything. He and his “nutritionist” agreed that food is better over there. Safer. More pure. 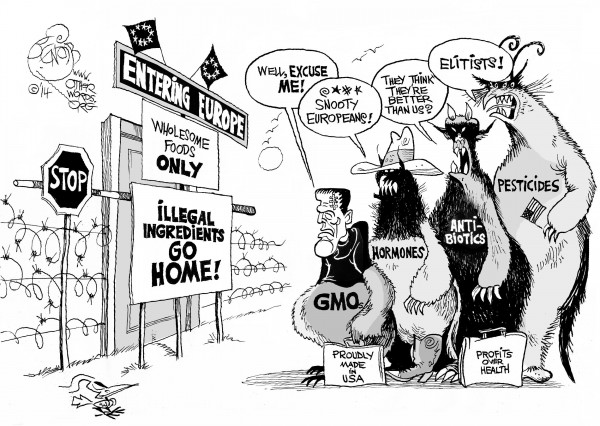 And you know what? In general, he’s right. Europe is much stricter than our country about what kinds of chemicals get into the food chain.

Europeans don’t find many — if any — artificial dyes in their food. They can also rest assured that their cows aren’t shot up with artificial growth hormones. The EU also banned the use of an arsenic-laden drug in chickens long before the United States finally followed suit. More recently, the EU enacted a moratorium on the pesticides responsible for massive bee die-offs.

Europe’s not perfect, but it’s several steps ahead of us when it comes to food standards.

The next day I drove my friend to the airport. I generally avoid talking politics with him because he’s got the views of your average tea partier and I, to say the least, don’t. We get along so long as we keep our conversations to sharing the bounty of our fruit trees or the hilarious antics of my three cats.

As we drove, I started thinking about my experiences in Europe, and suddenly I felt concern for him.

“Have you been to Europe before?” I asked.

“No, this is my first time!” he replied, with the excitement of a new traveler.

“You might not want to mention your political views over there. They are pretty liberal,” I suggested. With that, he launched into a long diatribe that included statements like “The EU is a nightmare.”

By the time we reached the airport, I was glad to see him go. Get him going on politics and it won’t be five minutes before he says something I find highly offensive.

As I drove home, I could not help thinking: You hate regulation, but how do you think it happened that the EU wound up with safer food than ours?

That wasn’t a coincidence of the free market, with each individual farmer and corporation opting to eschew hormones, pesticides, and additives on their own. Regulation did that. Now you’re off to benefit from it all summer, and appreciate it too.

To be sure, not all regulations are constructive. The world is chock full of clumsily written rules, outdated laws, and pointless red tape.

Regulations only help if they’re well-written and enforced. It’s one thing for the government to keep arsenic out of our food. It would be something else entirely if they banned all cookies because somebody might get diabetes from them someday.

Europe seems to walk that line in a more sensible way than we do, at least where food and safety are concerned. Maybe it’s time for us to learn a thing or two from our friends across the pond.