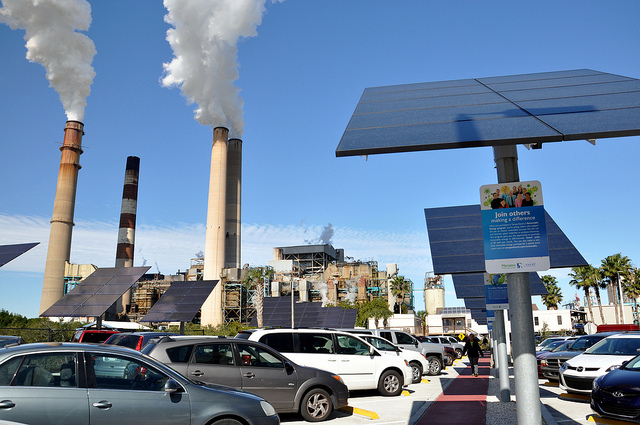 How could oil experts miss the crude crash?
By Emily Schwartz Greco | January 28, 2015

I recently mentioned in a column on renewable energy that solar power could generate half of the world’s electricity by 2050. I cited the International Energy Agency as my source.

Actually, the IEA is predicting that rooftop, utility-scale, and industrial solar will fuel about one quarter of the global grid by then. Wind energy will account for another 18 percent. All told, the IEA says renewable energy will generate at least two-thirds of the world’s electricity 35 years from now.

Green energy’s future is clearly bright. But I felt bad, even a bit sick about my mistake. I corrected my column at OtherWords.org. Then, I checked something out. How precise is energy forecasting?

To put it politely, the experts who get paid to predict these things aren’t the most accurate arrows in the quiver. 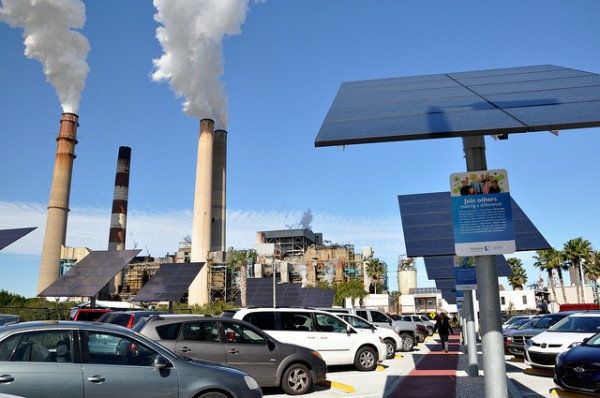 Take the still-unfolding crude crash. Its cause boils down to one simple fact: The industry is producing way more oil than consumers want. With supply outweighing demand, prices have plunged by more than 50 percent since mid-2014.

Oil prices are always volatile and they’ve plummeted before. Steep declines generally follow events that no one could anticipate with precision, such as the global economic slowdown that began in 2008.

Not this time. As Morgan Stanley’s analysts recently observed in their 2015 outlook, “this is a self-inflicted crisis.”

Legions of experts monitor the industry. Their insights guide billions of dollars in oil-related investment decisions. Surely they saw this coming, right? Nope.

Take Daniel Yergin, the world’s most prominent oil expert. He declared six months ago that without surging U.S. oil production, gas prices would have been painfully high.

Without higher U.S. output, “we’d be looking at an oil crisis,” Yergin told a high-octane gathering in the summer of 2014. “We’d have panic in the public. We’d have angry motorists. We’d have inflamed congressional hearings and we’d have the U.S. economy falling back into a recession.”

He really said that.

Instead, the low prices that “drill-baby-drill” boom helped trigger are disrupting millions of people’s lives. Alaska, North Dakota, and other states are bracing for economic downturns. Economic mayhem is lashing Russia, Venezuela, and other oil-dependent countries.

How about the U.S. Energy Information Administration? That’s the Department of Energy’s statistics arm. It tracks zillions of data points. Back when Yergin was toasting the U.S. oil boom, the agency said oil prices would average about $105 a barrel this year.

Oops. After crude nosedived to about $47 a barrel in January, the agency slashed its forecast to below the $60 mark.

Economic analyst Jesse Colombo was more prescient. “Crude oil prices are likely to finally experience a bust in the not-too-distant future,” he correctly predicted in June of 2014.

There’s really no excuse for the collective failure of oil experts to reach the same conclusion.

Back to my mistake. Predicting what will happen with solar power over the next 35 years is hard. The same people who couldn’t spot oil’s “self-inflicted” wounds seven months ago surely can’t be trusted to get it right.

In 2002, a research firm called Management Information Services Inc. assessed the accuracy of energy forecasts during the second half of the 20th century.

Experts consistently claimed that the world would hit “peak oil” — the point when petroleum supplies will stop meeting demand — within 15 years. And they insisted that solar energy and other renewable options were on the brink of hitting critical mass.

In light of that terrible track record, the researchers at Management Information Services correctly predicted that peak oil wasn’t around the corner. They also mistakenly said that solar and wind power wouldn’t be competitive with dirty-energy options by now.

But green energy, it turns out, is reaching that point. So I think it’s fair to say that their crystal ball failed in that regard.

I believe in learning from your mistakes. I hope Daniel Yergin and other energy experts do too.