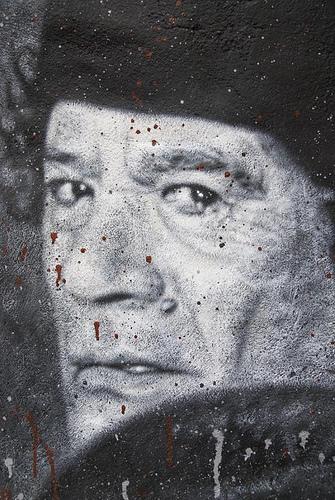 When you get a chance to have one less Gaddafi in the world, you should take it.
By Donald Kaul | October 24, 2011

Like any good liberal I thought that Muammar Gaddafi, after being captured by rebel forces, should have been read his Miranda rights and then taken directly to jail to await trial by a jury of his peers. After being indicted, of course.

As a human being, however, I didn’t recoil from the images of his terrible death. There’s something deeply and almost atavistically satisfying in seeing a murderous tyrant meet the end he deserves.

I recall pictures of his fellow miscreants, Saddam Hussein and Hosni Mubarak, in court looking meek and frail. You almost felt sorry for them. 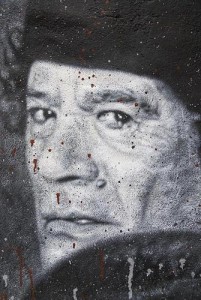 There was none of that with Gaddafi. In a scene almost too Hollywood to be true, he was dragged from his hiding place in a sewer pipe, spread-eagled on the hood of a truck and pummeled by an angry mob of his victims while begging for mercy. As far as we know, he was then executed without ceremony.

But his final humiliation wasn’t yet complete. His corpse was taken from place to place so that the people he’d oppressed for more than 42 years could see, at long last, that their nemesis was truly dead. There were stories of Libyans punching the body as they filed past, even bouncing his head up and down where he lay.

That is Shakespearean in its dramatic irony.

It reminded me of a picture I saw more than 65 years ago, one whose vividness I carry with me even today.

It was a grainy newspaper photo of Italian dictator Benito Mussolini, along with his mistress and several henchmen, hanging upside down, their arms reaching toward the ground, at a gas station near Milan. As Italy fell, they had been captured by partisans and thus dispatched. It was at once horrible and fascinating.

Although it goes against the grain of my enlightened liberalism, I can’t rid myself of the notion that there are certain crimes — mainly war crimes — that are so heinous, so incomprehensibly cruel and irredeemably evil, that justice isn’t enough. Vengeance is demanded.

I was a skeptic about our intervention in Libya at the beginning, simply on the basis of our sorry track record in the Middle East. Involvement in yet another endless war wasn’t called for.

I changed my mind when it became apparent that we weren’t putting troops at risk. I think this ending justifies President Barack Obama’s decision.

Not everyone feels that way. Some Republicans (who wouldn’t credit Obama if he single-handedly found a cure for cancer) still say that the war didn’t involve our national interest and we should have stayed out of it, humanitarian crisis be damned.

Gaddafi was a financier of terrorism throughout the world. He engineered the killing of U.S. citizens in the Lockerbie bombing as well as other terrorist attacks. He offered handsome cash awards to the families of suicide bombers all over the world. Getting rid of him wasn’t in our national interest? Gimme a break.

There’s a legitimate question as to whether Gaddafi’s death will lead to a more democratic Libya, one that is a force for peace in the region.

I tend to be of the persuasion that nothing that happens in the Middle East makes things better. But this may be an exception.

Besides being a tyrant, Gaddafi was also a benevolent dictator, one who provided health care, education, and other benefits to his people. They are well placed to begin to govern themselves.

It’s a shot. When you get a chance to have one less Gaddafi in the world, you should take it.

If I were President Obama, I’d have a picture of Qaddafi’s last moments blown up to poster size and sent to Bashar al-Assad of Syria and Ali Abdullah Saleh of Yemen. As a friendly reminder.