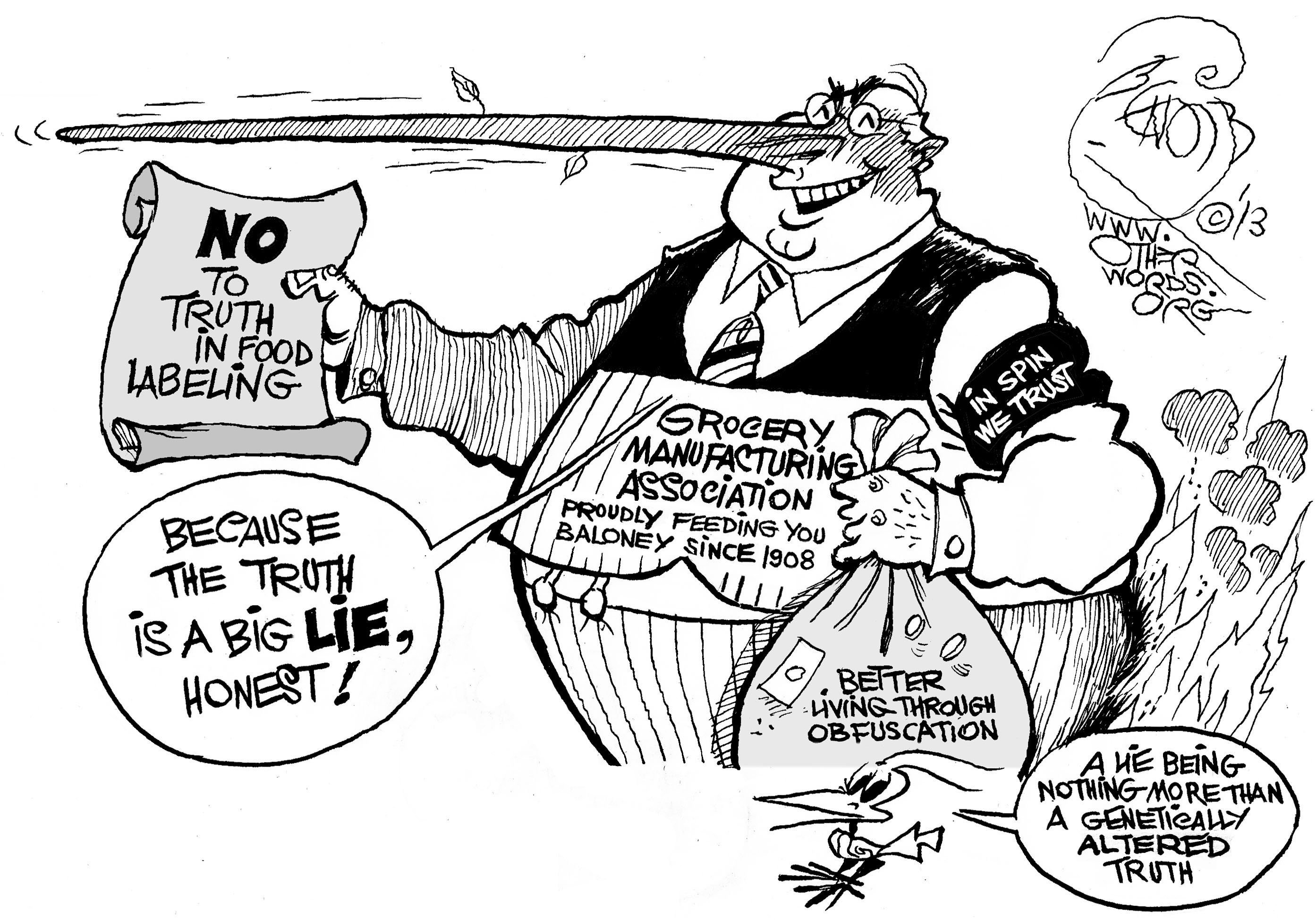 Perpetrators of electoral deception over food labeling laws can run, but eventually they won't be able to hide.
By Jim Hightower | November 19, 2013

If you doubt that big money and lies can pervert elections, look at Initiative 522 in Washington State. A grassroots coalition of consumers, organic producers, environmentalists, and others who want honesty in food labeling put it on the ballot. They lost. 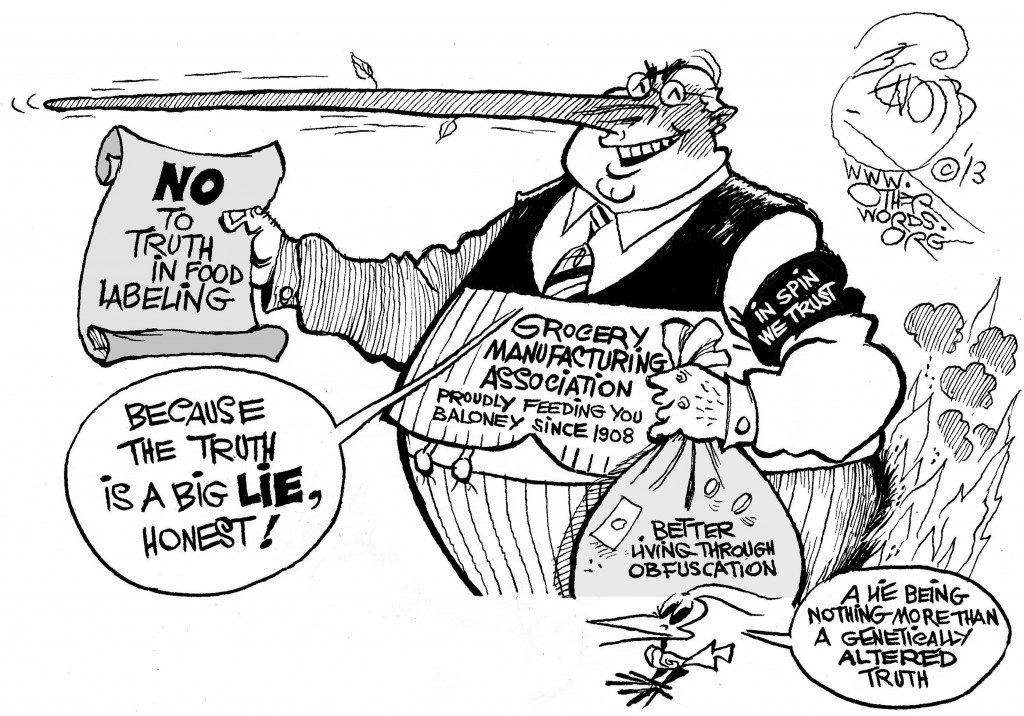 The measure would’ve required grocery manufacturers that slip genetically manipulated organisms into their products to state that fact on their food labels. Public opinion polls indicated an easy win, so Big Food lashed back with a dishonest, multimillion-dollar PR campaign. Its ads scared voters by falsely claiming that the truth-in-labeling provision would jack up each family’s annual food costs by an average of more than $450.

Especially dishonest (and likely illegal) was the industry’s crude attempt to keep voters from knowing who was funding the attack ads. A front group, the Grocery Manufacturers Association, set up a dummy campaign account called “Defense of Brand,” which really was a hide-the-brand artifice. It let big-name food giants stir some $11 million into the no-labeling campaign, without revealing their participation and angering consumers.

But the state attorney general exposed this dodge and forced the giants to fess up. Behind this hoax-within a hoax-within another hoax were such names as Campbell Soup, Coke, Nestlé, and Pepsi. With their money and deceptions, they prevailed in the vote, but that same combo of cash and lies also infuriated millions of consumers and others across the country who seek nothing more than a basic level of corporate integrity — and a minimal level of control over the food they bring into their homes.

The genetically engineered food profiteers can run, but ultimately they won’t be able to hide from the growing number of Americans who are onto them — and literally fed up with their tactics. Similar labeling laws are currently being pushed in some 20 other states. The fun is just beginning.