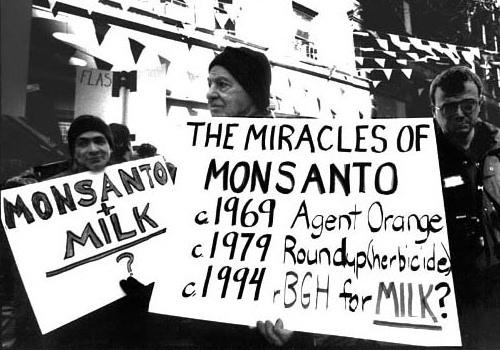 Consumers Need to Know about Those Newfangled Ingredients

Do you care what’s in the food you eat?

A quick look at the labels on the products lining your supermarket shelves suggests that most of us do. Many products already bear labels proclaiming the number of calories, the grams of sugar, fiber, and fat, and other details for every serving. Labels say whether the products we put in our bodies are sugar-free, kosher, organic, and more. Shouldn’t we also know whether the food we’re eating is genetically modified?

In 2011, according to the USDA, 94 percent of the nation’s soy crop was genetically modified. This newfangled soy appears in traditional products like tofu and soy sauce, as well in countless products containing the emulsifier lecithin, which is derived from soybean oil. 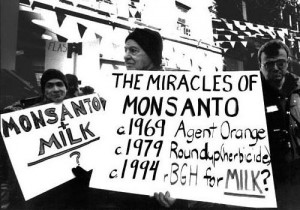 Eighty-eight percent of our corn was genetically modified last year, and a new version of modified sweet corn coming to market this summer could make it even more prevalent. Trader Joe’s, Whole Foods, and several other supermarket chains have pledged not to stock it. Consumer groups are urging Walmart and others to follow suit. Currently, most modified corn winds up in animal feed or processed foods — including any product containing high-fructose corn syrup.

The Organic Consumers Association estimates that between 70 and 80 percent of the processed foods Americans eat contains genetically modified ingredients. There are good reasons for consumers to want to avoid these unlabeled products.

Many of us wish to avoid genetically modified food due to the environmental effects of the pesticides and herbicides sprayed on crops modified to withstand ever-higher doses. Some of us see avoiding these newfangled foods as a human rights issue. We stand in solidarity with farmers overseas who have gotten hooked on modified seeds but can’t afford the extra water, pesticides, or requisite replacement seeds that these crops require. Genetically modified crops are programmed to yield seeds that can’t be planted to yield new crops. This practice requires farmers to purchase the seeds again and again — usually from the agribusiness giant Monsanto.

Plus, there are potential health risks. Although scientists haven’t conclusively proven that genetically modified food endangers human health, many studies have linked these crops to various gastrointestinal, reproductive, and autoimmune disorders in animals.

An ABC News poll taken in 2011 found that an overwhelming majority of Americans want labels indicating whether the things we eat contain genetically modified ingredients. This is, after all, the norm in at Europe, Japan, and China.

So, what can you do?

First, you can join the growing chorus of consumers demanding that the FDA require the same kind of labeling already required in at least 50 other countries. A national petition campaign has garnered more than 900,000 signatures. The organizers are shooting for 1 million by March 27, which would require the FDA to respond. In fact, President Barack Obama vowed as a presidential candidate back in 2008 to institute this kind of labeling. The JustLabelIt.org campaign simply asks him to keep that promise.

Meanwhile, you can choose organic products to minimize exposure to genetically modified processed food, since U.S. law requires 100-percent organic products to be free from modified foods. Read the price-look-up (PLU) stickers on loose produce to find out about their origins. Produce labeling isn’t required, but if you see a sticker bearing a five-digit number beginning with an 8, that code means the item is genetically modified. Modified corn and papaya are already available, as are some squashes. Genetically modified apples that don’t brown when sliced may be next.

You can also join or start a state-level labeling initiative like those underway in California and Vermont.

Genetically modified labels will help us make choices that not only protect our personal health, but also the well being of our communities and our planet, and the livelihoods of farmers around the world. It’s about time we found out what’s in our food.