Get an IUD While You Can

With a new Congress threatening birth control access, millions of women are looking at long-term solutions.
By Olivia Alperstein | November 23, 2016

As soon as the presidential election results were announced, alarm bells went off for anyone who cares about reproductive rights.

Lawmakers around the country have been moving for years to restrict abortion rights. But for millions of women who’ve taken proactive steps to prevent unplanned pregnancy, there’s a much more direct threat: the next administration coming after their birth control.

As organizations like Planned Parenthood put out urgent calls for resources and support, ordinary women are asking: What do we do if we no longer have access to affordable birth control next year?

For many, the answer could be to get an intrauterine device, or IUD.

These tiny devices last either three or five years, depending on the model. Shaped like a small “T” with a thin string attached, they feature a variety of combinations of hormones and come with a near-perfect guarantee to prevent pregnancy. 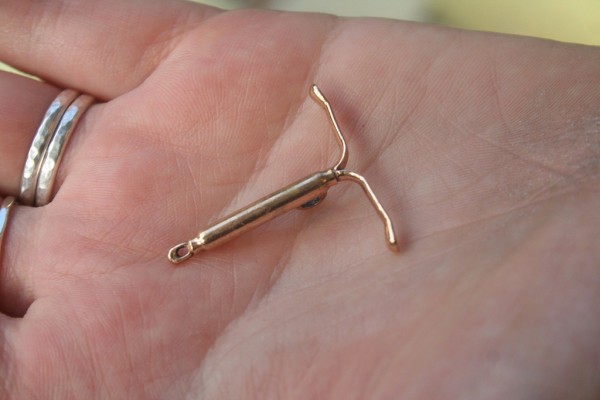 After a short procedure, the IUD stays put for years without any muss or fuss. No hustling to take a pill at the same precise time each day, no anxiety about missing a dose, and no worries about getting a full period each month.

In short, the IUD is a great option for many women — and particularly attractive in the face of a possible near future without birth control access.

If Congress dumps Obamacare, some 20 million people — including over 250,000 people who have signed up since the election — could be left without the means to access proper healthcare, including reproductive healthcare.

Meanwhile, other lawmakers are attempting to deny women the right to birth control point-blank. Laws like the proposed Russell Amendment would let doctors, pharmaceutical employees, and other health care providers claim a religious right to refuse to provide birth control. Employers could even fire workers for using birth control on their own dime.

With their reproductive rights at stake, it’s no wonder many women are hedging their bets right now and looking for a long-term birth control option.

Ninety-nine percent of women of reproductive age have used some form of birth control.

That includes women of all religious, ethnic, and cultural backgrounds, from all walks of life, and with all sorts of life experiences. From young women with medical conditions that affect their hormones to teenagers to mothers of multiple children, we run the gamut.

And we aren’t about to let anyone take our access to affordable birth control away.

“The pill” has been around since the 1960s — and so, I was surprised to learn, has the IUD. We are the many, the proud, and we’re not willing to go back to the time when back-alley abortions, coat hangers, and turpentine were acceptable methods of reproductive healthcare in the United States.

We’re not willing to go back to a time when women didn’t have control over their own bodies.

If you’re considering using a long-term birth control method and have any questions, ask me — or anyone else in your community who may know the answers. Or check out bedsider.org, an online resource recommended by women’s healthcare providers. There are millions of us out there happy to reach out.

If, on the other hand, you seek to deny us the right to choose what to do with our bodies, remember: We have a voice, and we will not be silent. History is on our side.

Olivia Alperstein is the Communications and Policy Associate of Progressive Congress. Progressivecongress.org. Distributed by OtherWords.org.