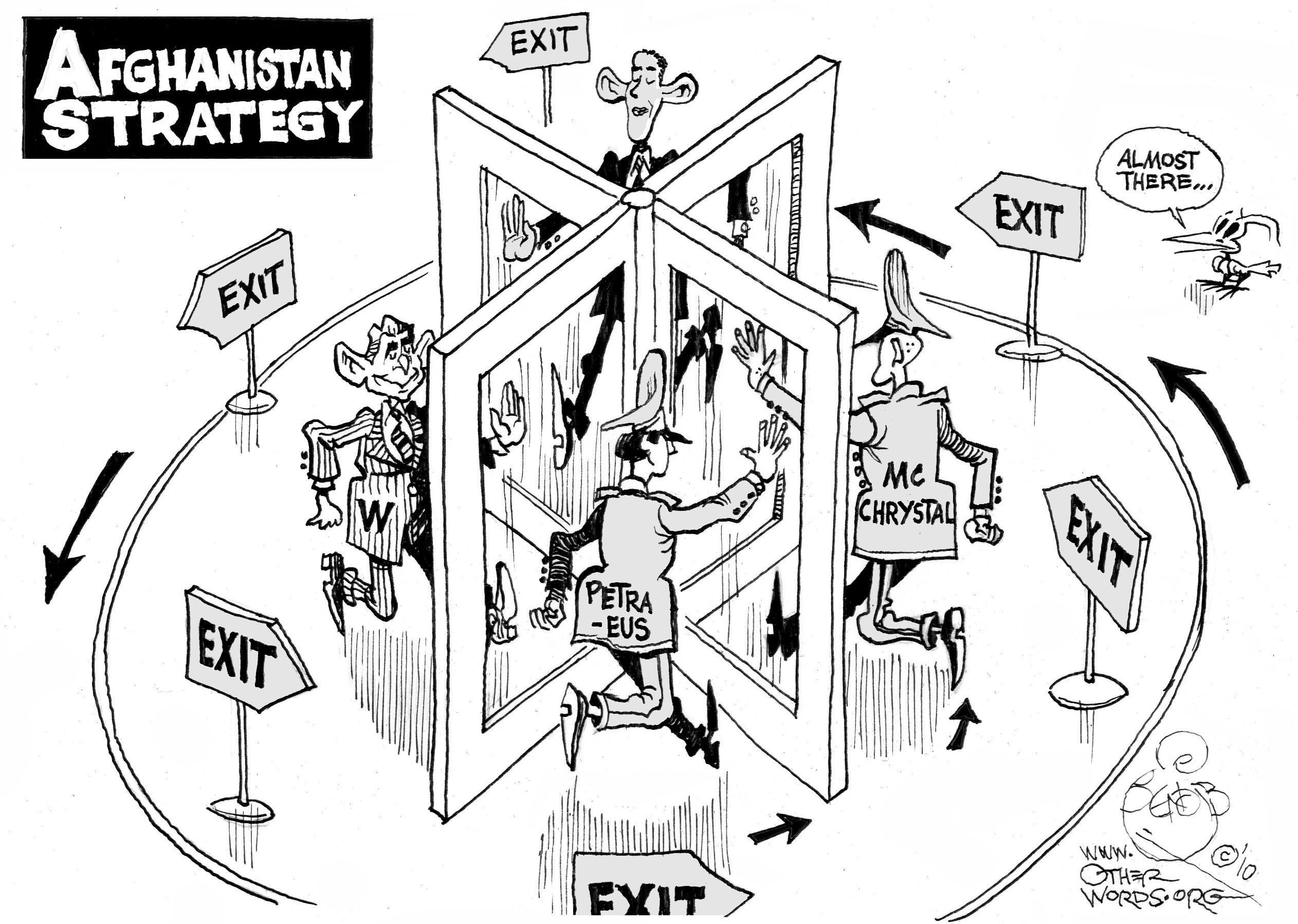 We’ve Got to Get out of There

Strategies that depend on invading and pacifying Afghanistan--thereby bending it to the invader's will--never work
By Donald Kaul | July 5, 2010

Pretty much everyone (outside of the nutty “he’s the Antichrist” coalition) thinks President Barack Obama did the right thing in firing his Afghanistan commander, Gen. Stanley McChrystal. Unfortunately, he did it for the wrong reasons.

McChrystal got fired for shooting his mouth off about his disdain for our president, his civilian staff, and our allies within earshot of a Rolling Stone reporter. (Generals and high officials get so used to kid-glove treatment from the mainstream press that they’re often shocked when a real reporter shows up and actually reports.) 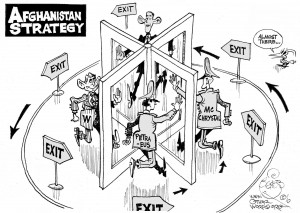 Obama had to get rid of the guy lest he, Obama, be labeled a wimp and lose his already slippery standing with the military and our allies. He immediately won points, however, for naming Gen. David Petraeus as McChrystal’s successor.

This, Obama assured us, would mean a seamless continuation of the strategy we’ve been following in Afghanistan.

You know times are hard when keeping our Afghanistan War strategy is considered good news.

I don’t know if you’ve noticed (with the World Cup and all, times are busy) but we’re not winning the war in Afghanistan; we’re not even tying. The strategy, whatever it is, isn’t working.

There’s a reason for this: Strategies that depend on invading and pacifying Afghanistan, thereby bending it to the invader’s will, never work. Never.

It didn’t work for Alexander the Great, for the Mongols, for the British Empire or for the Soviet Union, all of which considered themselves experts at invading and pacifying. They all came into the country with flags flying, and all left sadder but wiser–mostly sadder. It’s what Afghanistan does to invaders.

Whenever critics of the war bring up its parallels to the Vietnam Folly, supporters sternly admonish them with: “Afghanistan is not Vietnam.”

We’re trying to suppress an indigenous insurgency–albeit one augmented with troops, weapons and support from outside sources–in a faraway land of which we know little.

We’re bombing the hell out of them, using $500,000 missiles and multi-million-dollar drones to destroy mud huts, and in the process killing innocent people and converting indifferent bystanders into angry, hate-filled militants. It is a policy of destroying villages in order to save them.

In this effort, which is increasingly ours alone, we’re dependent for legitimacy on a corrupt, feckless Afghan government that lacks the support of its people.

And, lastly, our success depends almost totally not merely on being able to reform that government, but on our ability to transform its largely unmotivated and illiterate army into a modern fighting force so that we can turn things over to them and desert the battlefield without seeming to.

Hamid Karzai, Afghanistan’s president, knows that. That wily man is already negotiating with the Taliban and its Pakistani sponsors. He knows we’re not long for this war.

The Republicans would have it otherwise. Led by military geniuses like John McCain and Dick Cheney, they’re incensed that Obama has set 2011 as the sell-by date of this war. Apparently, they’re willing to keep fighting it forever.

We’re not going to lose Afghanistan, for the same reason we didn’t lose China. We never owned it.

The Bush-Cheney bunch had their shot at taming Afghanistan. They didn’t do it. Whatever their strategy, it didn’t work. If they get another try at it, it won’t work again.

A Taliban spokesman recently said this of his country: “Before Gen. McChrystal, many strong military generals suffered defeat. The Americans know that Afghanistan is the Graveyard of Empires but even so, they invaded this country.”

The reporter was reminded of a Taliban saying:

“The Americans have the watches, but we’ve got the time.”