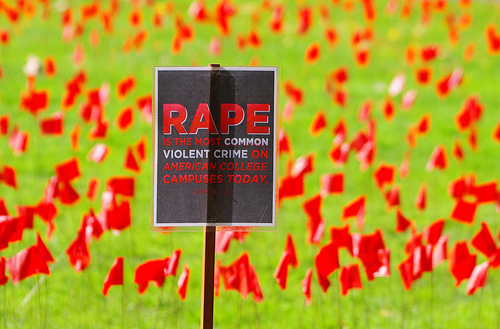 Getting Real about Rape

Lawmakers are finally doing something to solve the college rape crisis — but it's still not enough.
By Raleigh Godwin | August 6, 2014

Hallelujah. Lawmakers are finally doing something productive about rape on college campuses. A group of eight senators has just proposed the Campus Accountability and Safety Act, which would ensure harsher penalties for colleges that aren’t reporting on-campus sexual assault crimes.

The bill follows the Board of Education’s release of a list of colleges being investigated for allegedly mishandling student sexual assault complaints — now up to 71 from the initial 55 a few months ago. 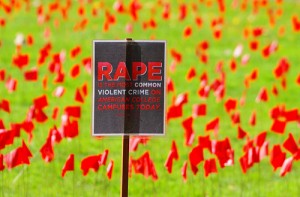 As a female student going into my final year at Union College — a small liberal arts school in New York state — this list terrifies me. And it should terrify you, too.

Did you know that one in five women is sexually assaulted during college? With odds like these, I’m willing to bet you care about someone who has been or will be raped.

Not a day goes by that I don’t wish I could see her assaulter behind bars. But her decision to not report him came from the desire to move past the nightmarish experience.

Many rape survivors make the same decision, for a number of different reasons. Being scared of how the authorities might treat you should never be one of them, but a lot of the time, it is.

Sixty percent of all rapes go unreported. On college campuses this number is even higher — a disturbing 88 percent. But what about the 12 percent who do report? Over and over again, their schools are failing to help them.

Apparently, their sexual assault policies are still stuck in that decade.

The school completely mishandled an accused sexual assault case that took place on campus almost a year ago. Despite overwhelming evidence of a forced sexual encounter, a disciplinary panel at the school cleared all three of a student’s accused rapists. On all charges. Even after one of them admitted he thought his sexual conduct with her had been “inappropriate.”

The female student — identified only as Anna — eventually went to a journalist for help. But she’s not the first.

In 2012, Amherst college student Angie Epifano opened up online about her rape. Her school’s subsequent mishandling of the case became national news. And boy did they mess up. After not punishing her assaulter in any way, the school forced her to live in a psych ward and revoked her permission to study abroad. And then they barred her from graduating.

In a sick society where people often judge and blame the victim for their rape, it takes a lot of courage to report an assault to just a few authority figures. It takes even more to put it out there for the whole world to read.

Epifano’s brave story should have been a signal to lawmakers that it was time to intervene. But that was two years ago.

Finally, some members of Congress are doing something about it.

The Campus Accountability and Safety Act is a step in the right direction. It sure beats the bill in California that would “require” explicit consent between college students before they do the deed. Good try, guys, but how do you plan on enforcing that one?

The new Senate bill supports the Clery Act, which mandates that colleges release data about on-campus sexual violence. But if the bill becomes law, any school that fails to report correctly would be fined $150,000 — a hefty increase from the $35,000 under the Clery Act.

Among the bill’s eight co-sponsors is Senator Claire McCaskill (D-MO), who published a survey last month on how well U.S. colleges are dealing with sexual assault cases. The results weren’t great.

Still, if lawmakers want to make a real difference, they need to take the power to punish students for rape out of the hands of the university altogether. Sexual assault isn’t a small misdemeanor to be left to the discretion of a school’s staff — it’s a crime and needs to be treated like one.

Raleigh Godwin, a Union College student, is an OtherWords intern at the Institute for Policy Studies. IPS-dc.org Distributed via OtherWords.org