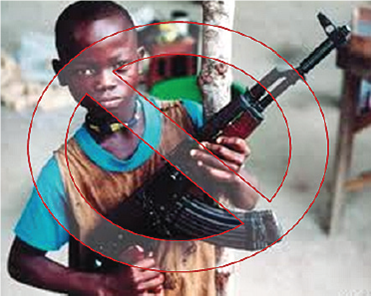 Getting Small Arms Out of the Wrong Hands

The NRA shouldn't be allowed to derail Senate support of a new global weapons agreement.
By Don Kraus | March 6, 2013

Did you know that international laws dictate the rules of the game when it comes to selling bananas and iPods, but not grenade launchers and AK-47s?

It’s crazy but true. Fortunately, a solution is at hand. Negotiators at the United Nations will soon wrap up a global Arms Trade Treaty that will establish much-needed rules to prevent selling arms to human rights violators.

Every year, more than 500,000 people around the world are killed as a result of armed violence. Firearms are used in armed conflicts and to carry out human rights violations, including genocide, gang rape, and the practice of forcing children into combat as underaged soldiers. 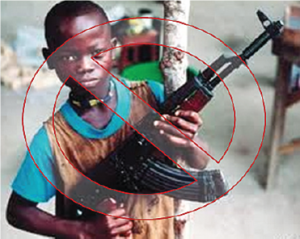 Roughly 60 percent of documented human rights violations involve the use of small arms (such as rifles and machine guns) and light weapons (such as grenade launchers and shoulder-fired missiles). In fact, more human rights abuses are committed with small arms than with any other category of weapon.

The new Arms Trade Treaty sets uniform standards for international arms sales that will bring foreign governments up to U.S. standards and move the black markets out of the shadows. It will protect legitimate trade while holding governments accountable for selling arms to human rights violators. Without the treaty, warlords and terrorists will continue to get weapons used to force child soldiers to kill their parents, to attack American soldiers and missionaries, and to rape refugee women and girls.

U.S. support for this agreement should be a no-brainer.

The UN resolution that authorized the treaty talks ensured that the agreement only dealt with international sales and reserved “the exclusive right of [individual nations] to regulate internal transfers of arms and national ownership.”

Despite this assurance, NRA CEO Wayne LaPierre has gone on record saying the Arms Trade Treaty will threaten Americans’ rights to bear arms. The February 2013 cover story from the NRA’s magazine America’s 1st Freedom pushes a baseless conspiracy that the treaty will be used by “the minions of tyrannical and thieving governments” to achieve “total disarmament of freedom-loving people all over the world.”

Even a senior research fellow from the very conservative Heritage Foundation, Ted Bromund, has debunked this big lie.

“I don’t think that the [Arms Trade Treaty] is a gun confiscation measure for a variety of reasons,” Bromund said. “First, because I don’t regard that as within the bounds of possibility in the United States and secondly, because that is not what the text says.”

The NRA shouldn’t be allowed to derail support for the agreement when it gets to the Senate. This treaty is in America’s security, business, and moral interests. Not only is it good for our nation to have all countries operating from the same rule book, it’s also our responsibility. The United States, after all, is the top global supplier of major conventional weapons.

Fortunately, the White House is backing efforts to establish this treaty. And there’s broad support for it among U.S. military, religious, and human rights leaders.

Americans are debating our own gun safety laws with more fervor than we’ve seen in years. It’s also time for our nation and our senators to get behind a sensible agreement to protect millions around the world and at home.