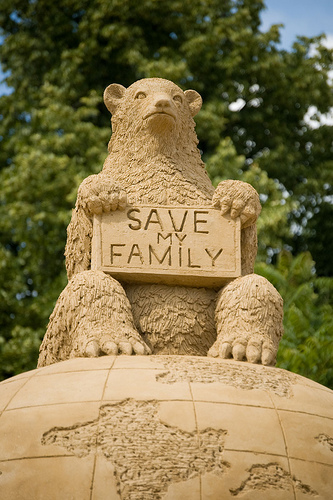 Unfortunately, summer has also become a time for wildfires, drought, triple-digit heat waves, catastrophic storms, and other deadly reminders of the impact climate change has on our planet.

This May, carbon dioxide levels in the atmosphere reached 400 parts per million for the first time in 3 million years. That number offers a stark indicator that current initiatives to slow climate change are failing. 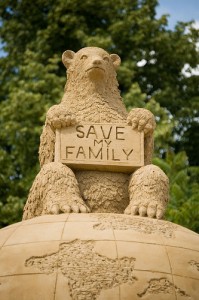 The scientific evidence is mounting. Last year was the hottest year on record, according to the National Oceanic and Atmospheric Administration. The agency described 2012’s extreme heat as part of a longer-term trend of hotter, drier, and potentially more extreme weather.

The heat was apparent at Georgetown University where President Barack Obama sweated under a hot summer sun as he laid out his next steps on climate change before a cheering crowd of mostly college students saying, “I refuse to condemn your generation and future generations to a planet that’s beyond fixing.”

Obama raised the stakes on the Keystone XL pipeline decision, noting the “net effects of climate impact will be absolutely critical to determining whether this project will go forward.” He identified climate change as the major challenge of the century.

This slow motion disaster is big news, right? Not, unfortunately, in the major media. The three major TV networks — ABC, CBS, and NBC — covered climate change in depth on their nightly news programs a total of 12 times in 2012. So far, in 2013, they have only reported segments on the issue nine times (including coverage of Obama’s climate speech), according to the watchdog group Media Matters.

Even with extreme events like Colorado’s wildfires and Superstorm Sandy, the networks aren’t making the connection between the increased tempo of catastrophic events and global warming. This is literally bad news because nearly 30 percent of Americans stay on top of current events by watching network TV. (A slightly larger share of us get our news from cable TV).

A recent Pew Research Center poll found that only one in three Americans believe “global warming is a ‘very serious problem’.” In 2007, the same poll found that nearly half of Americans considered this to be the case.

Unfortunately, some of the minimal network and cable TV news coverage on climate issues that Americans do see just provides a platform for groups and individuals who ignore scientific consensus, and deny either that the climate is changing or that global warming is being brought about by human activity.

In his Georgetown speech, Obama dismissed deniers, arguing “it is imperative for the United States to couple action at home with leadership internationally. America must help forge a truly global solution to this global challenge.”

The next global climate talks will take place at a summit in Rio de Janeiro next year. Our nation must play a leadership role in these negotiations. To be a credible leader at these meetings, however, U.S. lawmakers and diplomats need the American people’s support.

And how can our nation have a serious conversation on climate when TV news won’t cover the climate crisis?

Don Kraus is the President and CEO of GlobalSolutions.org, which has launched the #CoverClimate campaign to focus attention on the need for better climate coverage. GlobalSolutions.org is also asking Americans to sign a petition that calls on broadcast networks to pay more attention to this issue.
Distributed via OtherWords. OtherWords.org