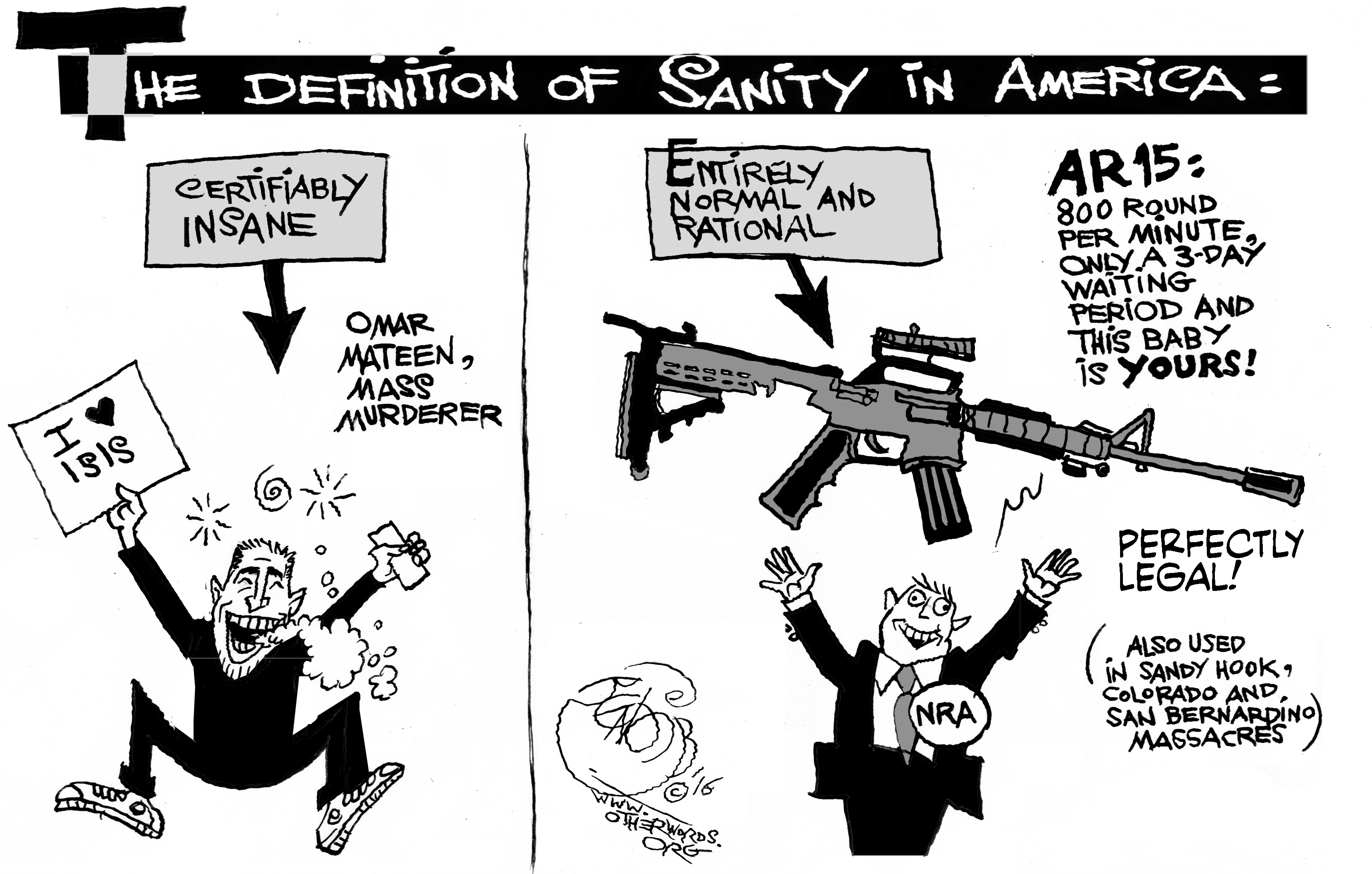 A ‘Good Guy With a Gun’ Isn’t Enough

More people need to treat gun control as the "do or die" issue it is — not make teachers engage in shoot-outs with students.
By Mitchell Zimmerman | February 28, 2018

After the massacre of kindergarteners at Sandy Hook Elementary School in 2012, the gun lobby offered its usual blame-the-victims, good-guy-with-a-gun excuse: If only the teachers had been armed!

This time, at Marjory Stoneman Douglas High School, someone did have a gun — but the armed school resource deputy chose to hunker down outside while the mass murderer finished his work, rather than entering to confront the killer.

The now former deputy hasn’t explained his failure to act. Perhaps his inaction was simply cowardice.

But this good guy with a gun might well have decided, after he heard the spray of semi-automatic weapon fire, that his handgun wasn’t going to be enough to stop a killer with a high-power assault rifle.

Maybe he thought entering that building would be brave but suicidal.

How admirable it would have been for the deputy to lay down his life for those children. But expecting people to give their lives isn’t really a plan for stopping school shootings. Telling school guards, teachers, and coaches they should be ready to engage in shoot-outs with heavily-armed killers doesn’t fix the problem. 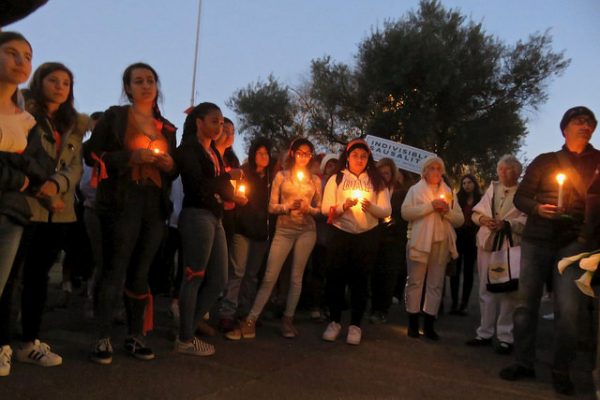 The proposal that armed citizens are the answer to armed killers is out of touch with reality. The suggestion that professional guards can do much better is equally unrealistic. Most school guards likely feel they didn’t sign up for urban warfare against military hardware.

There are about 130,000 elementary, middle, and high schools in America. If every single one of them had an armed guard ready to give up his or her life, armed with their own assault rifle, the next mass killer would begin by abruptly pulling out his handgun and shooting the guard.

Does anyone really imagine that all day, every day, every guard in every school will have his or her gun at the ready?

Perhaps one regular armed guard isn’t enough, then. How about a platoon of U.S. Marines at each entrance to every school? And shouldn’t they have their guns drawn at all times, trained on the entering students, safeties off?

Would this make our children feel safe?

I know I’m not the only one to think there’s something wrong with this picture. Most of us understand full well that more people with guns — or engaging in an arms race with deranged killers — isn’t the answer.

The answer is obvious: There is no good reason for civilians to own AR-15s or other assault weapons. Such weapons of war should be outlawed.

Most Americans appear to agree that stronger gun control is the answer. But that hasn’t been enough to cause our government to act. Why? It’s not enough to say that the NRA and its fanatical supporters are too strong.

The real problem isn’t just those who regard guns as sacred. The problem is ordinary citizens who don’t want assault weapons on the streets or in our schools but don’t treat this as a “do-or-die” issue — which it literally is.

While many people care, they need to care more. Maybe the activism of the survivors in Florida can change this.

If you’re appalled when school children are gunned down, but not appalled enough to hold the people who enable that accountable, you’re part of the problem.

Mitchell Zimmerman is an intellectual property lawyer who devotes much of his practice to pro bono work. Distributed by OtherWords.org.