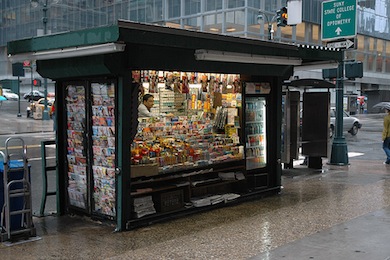 Business is better but some coverage is too skimpy.
By Emily Schwartz Greco, William A. Collins | April 2, 2014

There’s some good news about the news business for a change.

The big headwound traditional media venues like newspapers and TV suffered with the advent of Internet ads is starting to heal. The bleeding has either stopped or slowed to a less-painful trickle for most divisions of the Fourth Estate, according to the Pew Research Center’s recently released State of the News Media report. 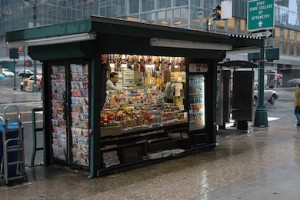 Even newspapers seemed to hold their ground in 2013. Circulation gained 3 percent daily and 1.6 percent on Sunday, albeit in the wake of a data-tweaking redefinition that made it easier to count recipients of freebie copies as regular readers.

Many all-digital newsrooms are hitting their stride and hiring by the dozen. And billionaire tech moguls are infusing new and established newsgathering operations with hundreds of millions of dollars.

The new money and returning consumers have “created a new sense of optimism — or perhaps hope — for the future of American journalism,” says Amy Mitchell, director of Pew’s journalism research.

But news junkies shouldn’t get giddy just yet. The entire news industry’s $65 billion in yearly revenue isn’t much bigger than the $58 billion generated by just one big company in the communications business: Google. And it’s a far smaller haul than the video game industry’s $93 billion annual market, Pew noted.

While money from foundations, other philanthropic endeavors, and venture capital are increasingly funding media work, those newfound revenue streams still account for only 1 percent of all the cash behind U.S. news operations.

On balance, the news business does look better than it did not long ago. How about the actual quality of what’s being reported?

More of what’s seen on local TV news is repackaged and shared among markets — making it less local than it should be, Pew found. Not only did the number of stations sold rise 205 percent last year from 2012, they tended to be the largest ones, Mitchell says.

Then there’s the media’s selective silence on issues the American people need to know about.

Consider what happens regularly when new wars are still percolating.

As the lead-up to the Iraq War made clear a dozen years back, the period before a war officially begins is marked by an uptick in military experts appearing on TV newscasts and Sunday talk shows. Pentagon contractors deploy armies of their “experts” to join the national conversation about whatever conflict is brewing — although their business ties to weapons manufacturers usually go unremarked.

The same thing began in mid-2013 when it looked like Washington was on the brink of a big new war with Syria. Lots of pundits identified as military experts said it was a fine time to bomb the Middle Eastern country.

Last fall, the Public Accountability Initiative tallied up 22 such industry-related commentators who appeared or were quoted on TV 111 times about Syria.

How did the media fare this time with that little disclosure problem? It flunked again. Only 13 of those 111 references made any mention of the speaker’s ties to the war machine. Viewers and readers need to know when pundits are on the payroll of military contractors.

Public sentiment against a war with Syria in 2013 ultimately helped stave off yet another Middle Eastern military adventure for a while. But don’t thank the media. It let the hawks dominate the debate.

The Syria war drums are beating again in 2014. This time, it looks like Washington is bypassing the public altogether by escalating covert military intervention.

As this complicated story unfolds, the big newspapers and influential TV news programs should think about giving the peace machine more airtime.