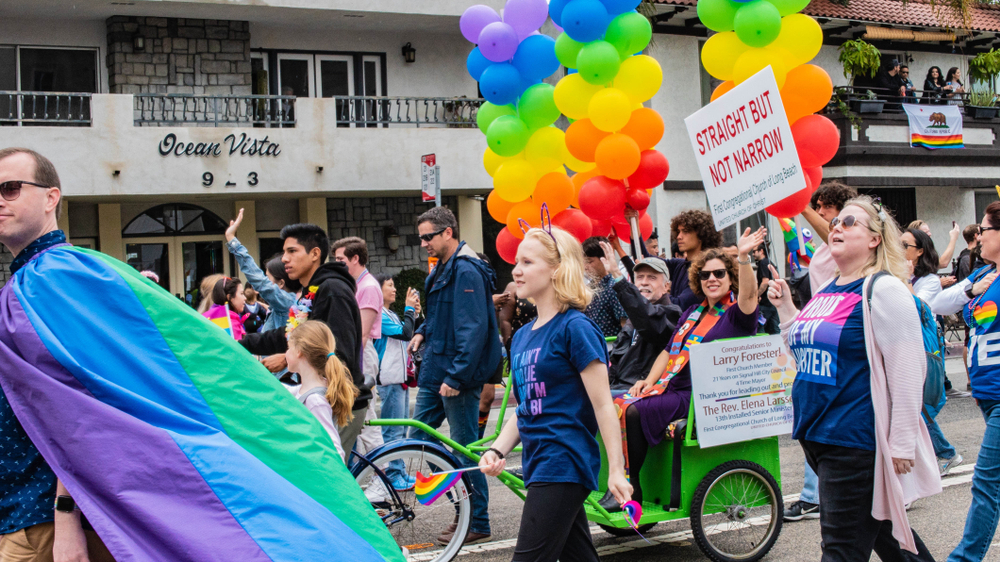 Straight pride is already well-represented in everything from children’s books to rom-coms to music videos.
By Jill Richardson | June 11, 2019

Some brave hetero activists are attempting to organize a “Straight Pride Parade” in Boston.

Oh just kidding — did I say brave activists? I meant people with neo-Nazi ties. That’s right: According to ThinkProgress, the organizers of the “straight pride parade” have ties to numerous far-right groups, and have often embraced violent language on social media.

Especially after neo-Nazis invaded Detroit Pride celebrations, this stunt feels like no joke.

That said, here are the circumstances under which I would support a straight pride parade:

When straight people are raised in a world in which straightness is erased, nobody even told them it’s possible to love somebody of the opposite gender, and they grew up confused about their feelings.

When all of the books, movies, TV, music, and lived experience they’re exposed to provide no hint that straightness exists. If they mention straightness at all, they say it’s weird, disgusting, sinful, a mental illness, or even a crime.

When straight teens are worried about coming out as straight to their school, or taking their straight date to the school dance, or dressing in a way that feels authentic to them because might they face social rejection or violence.

When straight people grow up assuming nobody is straight, so they find alternate explanations for their straight feelings (“I guess I just admire him”), or they bury those feelings so deep they can’t even find them, and then they try to feel something, anything, for people of a gender they aren’t attracted to.

When straight people date and even marry someone from a gender they aren’t attracted to. When they believe that doing so is the only way to be normal, or to be moral, or to fulfill their family’s and their faith’s expectations of them. When they sincerely believe they’re going to hell for being straight.

When religious zealots blame natural disasters on the straights.When straight people have to look up the laws in countries they plan to travel to, to find out if it’s legal to be straight or safe to go there. When some countries put people to death for being straight.

When straight people are disowned by their parents for being straight.

When political candidates run on a platform of opposing straightness and then work to deny straight people legal rights, or to legally allow discrimination against heterosexuals on religious grounds.

When straight people have to live in that world and still figure out who they are, and fight for their rights to live and love as straight people, then I think they should have a parade — not when some neo-Nazis are spoiling for attention.

Straight pride is already well-represented in everything from children’s books to rom-coms to music videos. They should be glad they don’t need a parade.