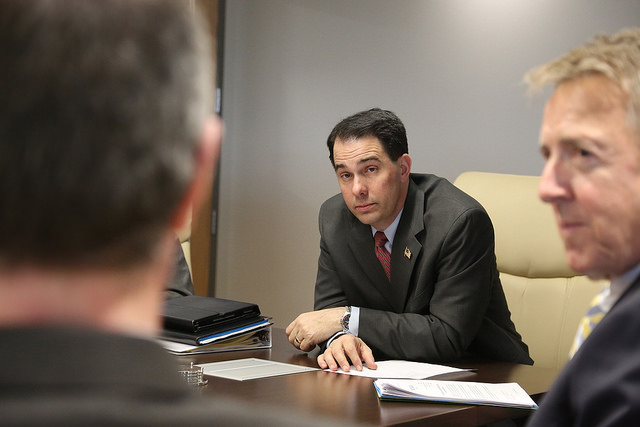 The Badger State won’t let some public workers say the C word.
By Jim Hightower | May 20, 2015

It’s well-known that harsh climate conditions can mess with your mind — from cabin fever to heat delirium. But America is now experiencing an even more dangerous disease: Climaticus Non-Vocalism Extremism.

This syndrome almost exclusively afflicts a narrow segment of our population: Republican political officials and candidates. It might stem from a genetic defect, but scientists say more study is needed.

Symptoms include an obsessive impulse to deny that human-caused climate change is happening, often accompanied by a feverish insistence that government employees be banned from discussing it.

Wisconsin Governor Scott Walker is suffering from this affliction. 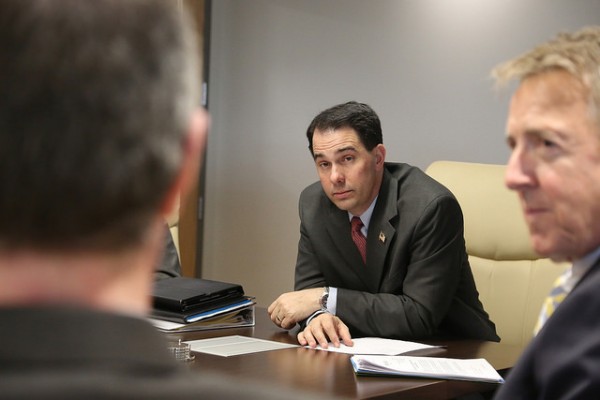 The Koch-funded governor and Republican presidential wannabe is an ardent climate-change denier. And his state’s public lands board has taken climate denial to Orwellian levels.

The two GOP commissioners on the three-member board, which oversees the ecological health of thousands of acres of Wisconsin forest lands, have banned agency employees from even considering damage caused by climate change. Worse, they’ve imposed a gag order prohibiting public lands workers from talking about climate change while on the job.

One heartbreaking thing about this ailment is that its victims deny that they’re in denial about climate change. Both of the GOP commissioners claim that their gag rule isn’t censorship, because employees are still free to talk about climate change at home — or even chitchat about it by the water cooler, just as they might talk about sports.

Do you know what else is heartbreaking? Walker wants to be your president.